The event will be a platform for international companies interested in engaging in the region’s media markets. 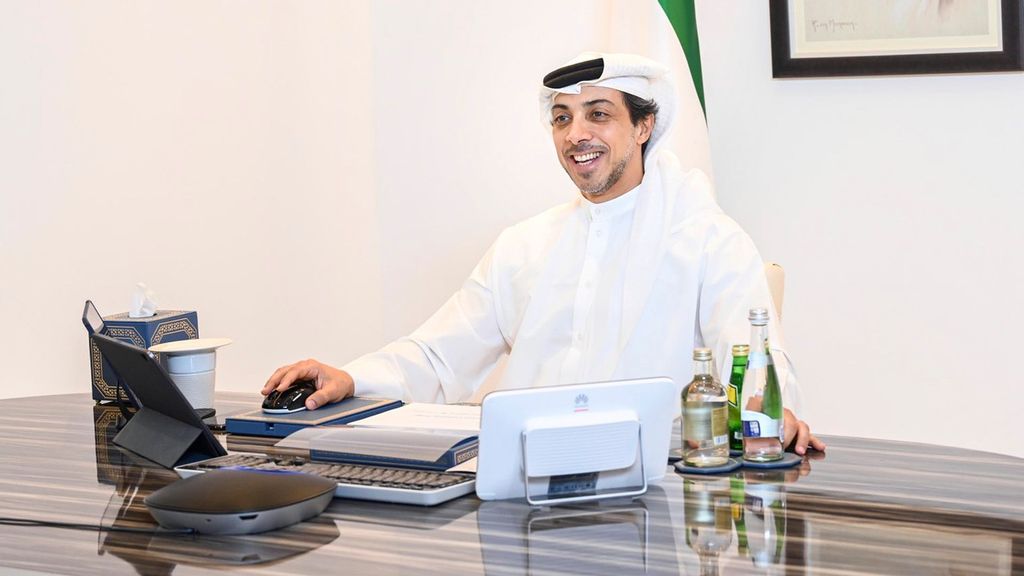 His Highness Sheikh Mansour bin Zayed Al Nahyan, Deputy Prime Minister and Minister of Presidential Affairs has announced launch of the first edition of the Global Media Congress to be held in Abu Dhabi in November next year. (الشيخ منصور بن زايد, @HHMansoor/Twitter)

The Abu Dhabi National Exhibitions Company will organize the Global Media Congress in partnership with the Emirates News Agency from Nov. 15 to 17 in 2022.

“United Arab Emirates [UAE] is a global host and an efficient platform for the entire media sector because of its integrated digital infrastructure,” the Deputy Prime Minister and Minister of Presidential Affairs said.

“It also has a supportive legal and legislative environment, as well as attractive living standards for all nationalities and international companies in the media and cultural industries.”

He also said the Global Media Congress would be “an exceptional platform” for the media sector.

The event will include a media conference and an exhibition, which will enable various media organizations to discuss partnership and cooperation agreements aimed at developing their messages that will serve humanity and support communities through providing useful and credible content.

The Global Media Congress will be attended by a range of media leaders and global influencers, in addition to academics and students.

The event is expected to serve as a platform for international companies interested in engaging in media markets in the Gulf region, the Middle East, and North Africa.

Most of the ownership of media in the United Arab Emirates is by the state, and the National Media Council regulates the media through itself and subsets.

The country in the Arab Peninsula ranks 131 on the 2021 World Press Freedom Index that features 181 countries.

It has slipped through ranks over the years due to heavy media regulation and stringent cybercrime laws that criminalize any internal criticism of the ruling royal families, policy, or religion.

“The constitution guarantees free speech but, under the 1980 law on printed matter and publications, the authorities can censor local or foreign publications if they criticize domestic policies, the economy, the ruling families, religion or the UAE’s relations with its allies,” as per Reporters Without Borders, an international non-profit and non-governmental organization with the stated aim of safeguarding the right to freedom of information.