VIDEO: Robo-Doc: AI Medic Program Will Save Lives On The Battlefield 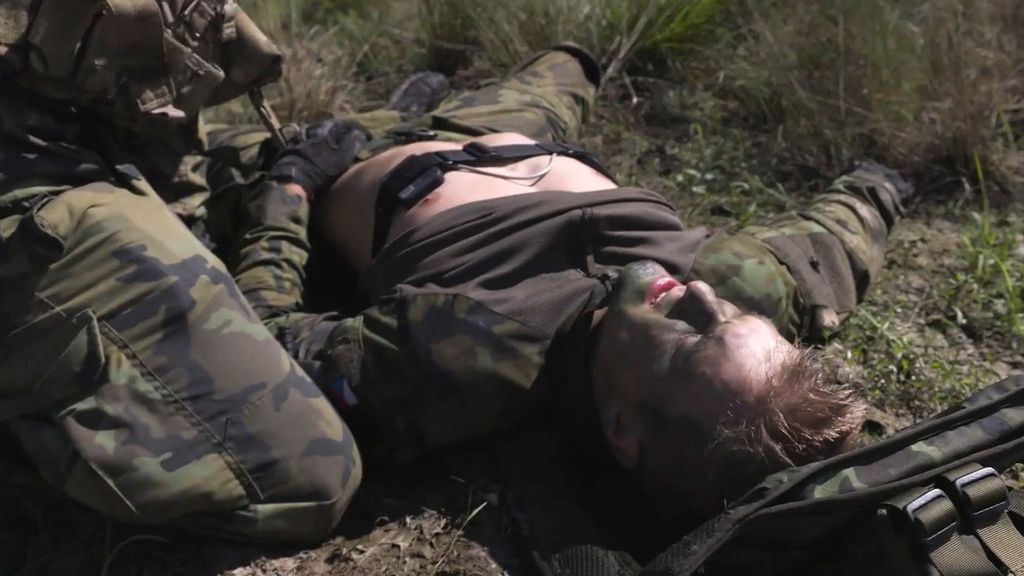 A Czech soldier simulates a battlefield casualty in a video filmed on Aug. 13 during a training exercise in the Czech Republic to test an AI device for medics. (DVIDS, Natochannel/Zenger)

An AI (artificial intelligence) prototype that helps medics treat wounded soldiers on the battlefield has been created by students from Johns Hopkins University in Maryland in collaboration with a graduate team at the Czech Technical University.

NATO is supporting the new technology.

The battlefield Digital Triage Assistant (DTA) system was tested by the Czech military during a training exercise in an unspecified part of the Czech Republic on Aug. 13.

The device is strapped to soldiers to gather data on injuries and providing medics with live updates on their health status.

Eventually, that data will also be relayed to an AI unit in the device that will analyze and advise medical teams on the ground and at hospitals.

The DTA system “includes an algorithm that takes in inputs such as the soldiers’ health vitals, medic observations and past medical history, and quickly outputs a quantitative measure of the severity of the soldier’s injury, known as the ‘mortality likelihood score,’” the Johns Hopkins DTA site states.

“In terms of practical applications, the utility of these systems is especially beneficial to medics attending mass-casualty or civilian-casualty incidents in which a medic needs to know which injured person to treat first.”

Throughout the exercise in the Czech Republic, the soldiers wearing the DTA system were monitored by medics from a distance.

The “injured” soldiers can be seen in a video being removed from the battlefield by their companions and loaded into a military ambulance as they are monitored.

Kristina Soukupova, president, the DefSec Innovation Hub in the Czech Republic, said: “The system consists of sensors that we put on a soldier’s body that monitor his or her heartbeat, breathing rate, and so on and so forth.”

Soukupova said the device also “shows where the soldier is and how heavily wounded he or she is.”

“The system is very useful for the military because it provides information about the patients as soon as possible, giving you a better chance of making good decisions about how to save their lives,” said Maj. Bedrich Hyza, chief of training at the Military Academy/University of Defence in Brno, CzechRepublic.

“The life for the regular soldiers and also for the medics will be easier because the soldiers know they will always be, let’s say, under the protection of the medical team.”