US Retail Sales Down As Supply Chain Issues Loom Over Markets 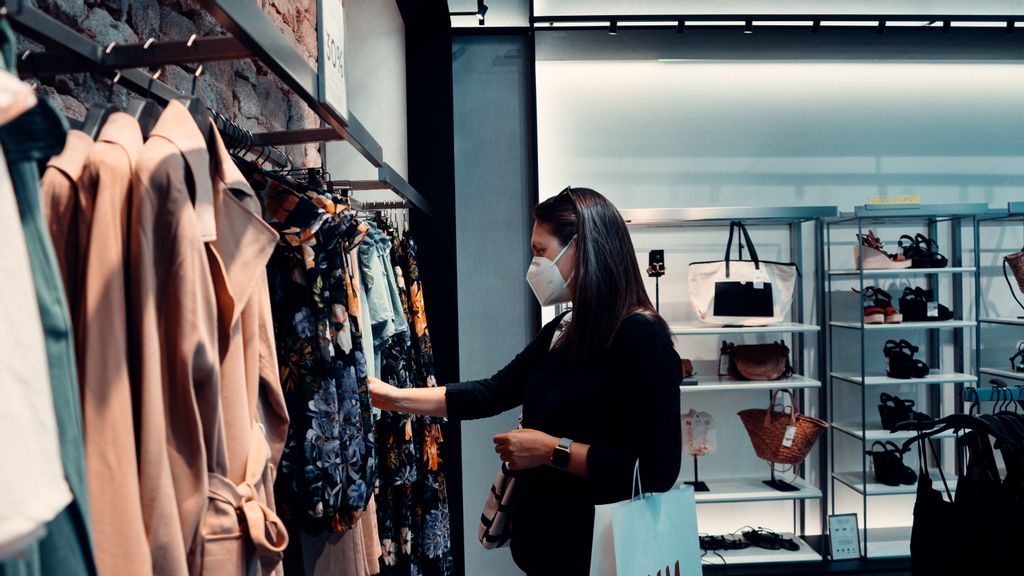 U.S. retail sales dropped more than 1 percent in July, as consumers are expressing concerns over the Delta variant and coronavirus stimulus spending dries up. (Arturo Rey/Unsplash)

Shoppers spent less in stores, at auto dealers and online in July, with data showing that consumer confidence may be waning amid a broader economic recovery.

Retail sales fell 1.1 percent overall in July, according to U.S. Census Bureau data released Tuesday. It was a steeper drop than some economists anticipated, and the data was another sign that the economy may be cooling-off following a post-pandemic recovery.

“Higher prices, the waning of fiscal stimulus — most of the boost from stimulus checks has been spent — and acute shortages, notably in the vehicle sector, all contributed to the abrupt halt in July,” said Grant Thornton chief economist Diane Swonk following the release of the figures, adding that economic growth was likely to start slowing.

“Brace for a rockier second half,” she said.

The drop comes after a 1.3 percent drop in May and a modest 0.7 percent rise in June.

The lower sales data comes as economists have been parsing recent reports that have painted an unclear picture of the country’s near-term economic health. While the most-recent jobs report showed strong growth and rising wages, subsequent monthly consumer price index figures showed inflation could stand in the way.

Swonk said the spending drop was not evenly spread, noting that consumers seemed to favor services over goods. For example, spending at restaurants and bars rose 1.7 percent in July, where sales at non-store retailers — mainly online — dropped 3.1 percent.

“We were seeing the pivot from goods into services continue in July, as consumers rushed to escape quarantines and see and be seen out and about,” said Swonk, noting vacation spending “crested in July at lower levels than we saw in 2019” before the pandemic.

One of the biggest drops was in the auto sector, where sales were down 3.9 percent. However, the fall cannot just be pinned on cars, which can be more volatile than other sectors when it comes to sales. The data presented by the Census Bureau also isolates retail sale numbers that exclude automobile sales, which still showed a 0.4 percent drop.

Several other sectors also saw drops, including clothing (down 2.6 percent), sporting goods (down 1.9 percent) and furniture (down 0.6 percent). Building material sales also fell 1.2 percent, which reflected concerns that a red-hot housing market may also be cooling.

A separate report also released on Tuesday showed that home builders are losing some confidence in the ongoing strength of the market.

The monthly housing market index, also released on Tuesday, showed a five-point drop in home builder sentiment. The survey compiled by the National Association of Home Builders and Wells Fargo showed supply-chain issues are leading to higher construction costs and home prices, leading the index to fall to 75 in August, its lowest reading since July 2020.

The monthly survey of home builders asks them to rate both sales expectations of single-family homes and buyer traffic, with any score over 50 indicating a positive outlook.

“Buyer traffic has fallen to its lowest reading since July 2020 as some prospective buyers are experiencing sticker shock due to higher construction costs,” said Chuck Fowke, the chairman of the National Home Builders Association. “Policymakers need to find long-term solutions to supply-chain issues.”

The lower retail spending numbers released Tuesday isn’t the first sign that consumers may be losing confidence in the economy. The most-recent University of Michigan survey of consumers showed a “stunning” retreat in consumer confidence, primarily springing from a rise in cases of the Delta variant of the Covid-19 virus, the report’s author said.

The monthly survey showed a 13.5 percent drop in consumer confidence in the economy, the report said, the lowest it’s been since the pandemic-induced low of April 2020.

Only the onset of the COVID-19 pandemic and the financial collapse of 2008 produced steeper declines in consumer sentiment, wrote Richard Curtin, the chief economist for the university’s consumer survey.

“There is little doubt that the pandemic’s resurgence due to the Delta variant has been met with a mixture of reason and emotion,” Curtin wrote.

“Consumers have correctly reasoned that the economy’s performance will be diminished over the next several months, but the extraordinary surge in negative economic assessments also reflects an emotional response, mainly from dashed hopes that the pandemic would soon end.”

While the surge in coronavirus cases and snag in the supply chain are creating issues, several economists expected them to be resolved.

“While these supply-side limitations are holding back the market, our expectation is that production bottlenecks should ease over the coming months and the market should return to more normal conditions,” wrote Robert Dietz, chief economist for the National Association of Home Builders.

Likewise, Curtin said he believed the concern over the Delta variant of the coronavirus would soon wane.

“In the months ahead, it is likely that consumers will again voice more reasonable expectations, and with control of the Delta variant, shift toward outright optimism,” he said.

«Previous Post
Gas Prices Remain High, But Relief At The Pump Could Be Right Around The Corner»Next Post
‘Long COVID’ May Be Caused By Abnormal Blood Clotting