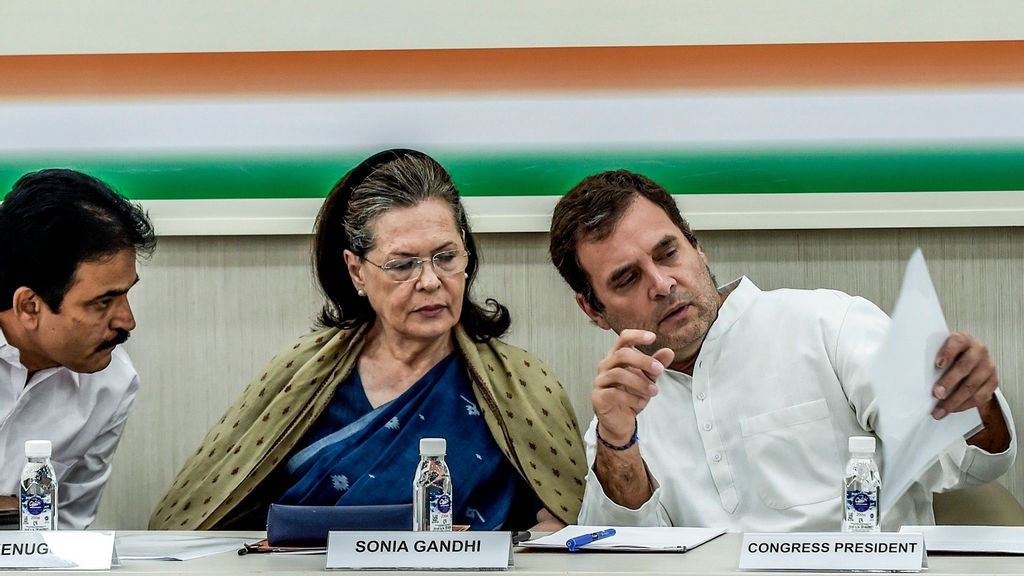 Twitter on Aug 14 unlocked the accounts of Congress leader Rahul Gandhi and his party, a few days after it was temporarily suspended for sharing pictures of the family of a minor victim of alleged rape and murder in Delhi. (Atul Loke/Getty Images)

The social media platform unlocked the account of party leader Rahul Gandhi and his party a few days after it was temporarily suspended for sharing pictures of the family of a minor victim of alleged rape and murder in Delhi.

The Twitter accounts of various other Congress leaders like Pawan Khera and Manickam Tagore have also been unlocked.

The move comes a day after Rahul Gandhi criticized the microblogging site and called it “biased.”

“Twitter unlocked all accounts linked to Congress, including that of Rahul Gandhi this morning. This is the win of the people of India,” said Rohan Gupta, Chairman of Congress’ Social Media Department.

In a video statement released on Aug. 13, Gandhi questioned if India would let a company (Twitter) define the country’s politics.

“A company is doing its business to define our politics, and as a politician, I don’t like that. This is an attack on the democratic structure of the country,” Gandhi said.

The opposition party had said, on Aug. 12, that it would remain active on other social media platforms after the microblogging site Twitter suspended accounts of several party members.

“Twitter India has locked the official handle of the main opposition party — an unprecedented attack on the rising voice of the people,” said the Indian National Congress.

“Twitter is closed, but other social media platforms of Indian National Congress are fully active and disseminating all necessary information and content.”

In a letter to Facebook, the Child Right’s body asked to take ‘appropriate action’ against his profile for violating the Juvenile Justice (Care and Protection of Children) Act, 2015.

Twitter suspended the accounts of the Congress party and several of its leaders, including Rahul Gandhi, for violating the rules of the microblogging site after Gandhi tweeted a picture of the victim’s family.

Twitter said that its rules are enforced judiciously and impartially for everyone on its service.

“The microblogging site would continue to take proactive action if its rules are violated,” said a Twitter spokesperson.

“We have taken proactive action on several hundred Tweets that posted an image that violated our Rules and may continue to do so in line with our range of enforcement options.”