Olding Back The Tears: Heartbreak As Europe’s Oldest Chimp Dies

Safari park pal refused to leave 49-year-old Judy’s body after she died under her favorite tree. 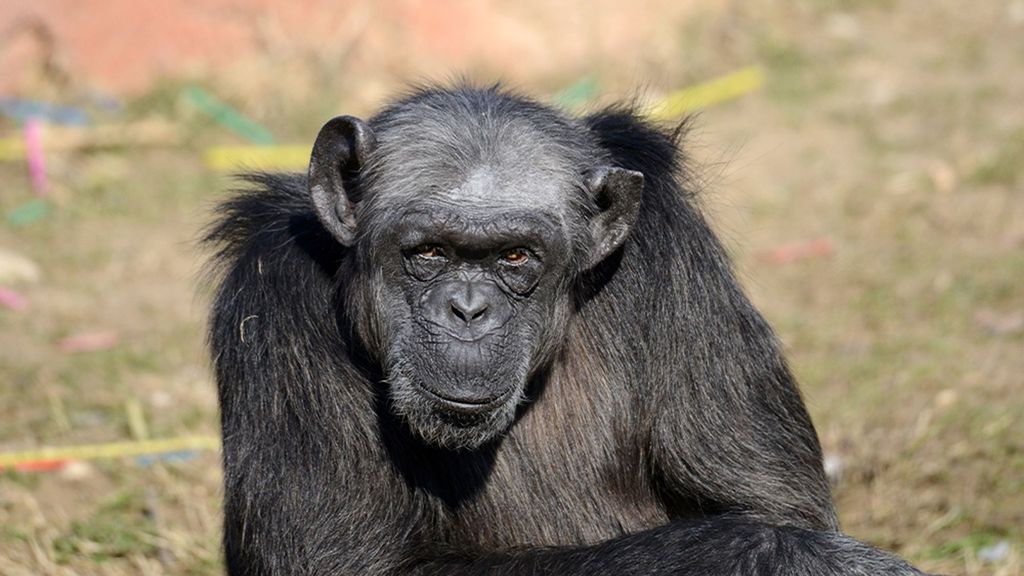 Judy, the oldest chimpanzee in Europe, died at 49 in the Natura Viva Park in Bussolengo, Italy, on Aug. 11. (Parco Natura Viva/Zenger)

Judy, the oldest chimpanzee in Europe, has died, surrounded by her chimp troop in a nature park in Italy.

Judy died at age of 49 in the Parco Natura Viva in Bussolengo on Aug. 11. Her genetic line continues through her daughter, Valentina, and her niece, Judith.

Park members described her as a member of the troop that always gave support to other female members and was socially aware, often keeping her distance when dangerous situations arose.

The park staff shared the story of Judy’s final morning at the park. They said she woke up and had breakfast before taking a short nap in the shade. The alpha male member of the troop, named Davidino, came over to Judy and woke her up.

Judy greeted him, and they walked a short distance before she laid down underneath a tree, where she died.

The troop soon noticed that something was wrong, and park officials noticed several chimpanzees trying to wake Judy.

The park keeper said a chimpanzee named Tommy approached Judy and tried to wake her up by hugging her. Other chimpanzees quickly intervened, thinking that Tommy was trying to attack Judy, but Tommy refused to let go and dragged Judy back into her cage.

The troop then got hold of Judy and dragged her body to Marco, a member of the park’s staff.

Marco attempted to get the troop members to return to their cages, but Tommy refused to leave Judy’s side. At that moment, Marco realized she was not breathing and called a veterinarian, who confirmed that Judy was dead.

“She had a way of looking at us after recognizing our voices, she would squint a little to get a better view,” she said.

Judy belonged to the common chimpanzee species, which are on the International Union for Conservation of Nature (IUCN) Red List of Threatened Species.

The species is native to the savannah of tropical Africa, where its biggest threats are habitat loss, poaching and disease.

«Previous Post
Tragedy Of Model Whose Parents Died In A Car Crash After Watching Her Graduate »Next Post
VIDEO: Splash News! Citizen Reporter Drenched As Firefighting Chopper Dumps Gallons Of Water On Him