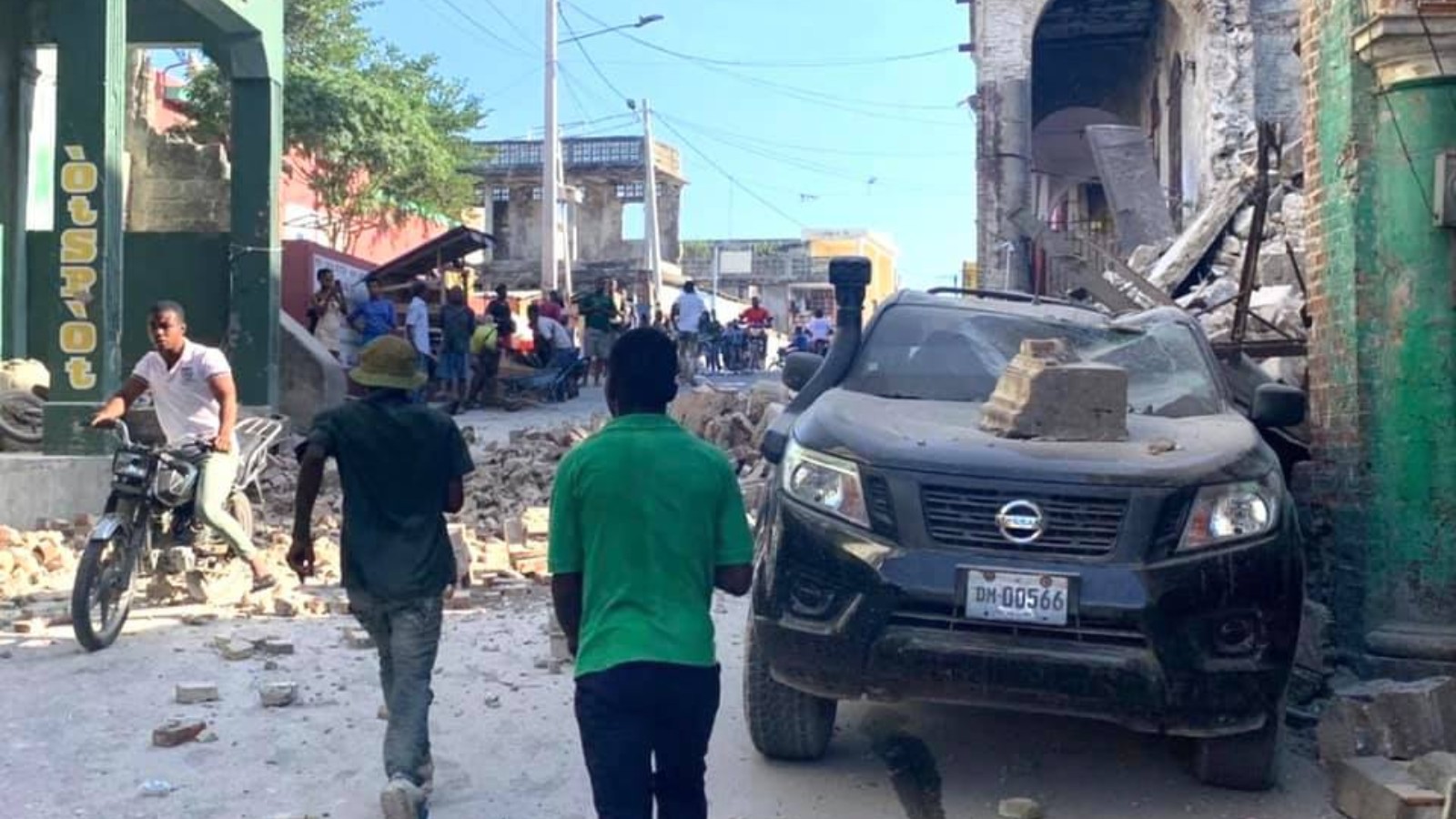 Israeli humanitarian aid organizations SmartAID and IsraAID are sending help in the wake of two earthquakes that struck Haiti on August 14.

The Haitian government declared a state of emergency after at least 304 people died and 1,800 people were injured in a 7.2 magnitude quake off the northern coast, and a 6.6 magnitude quake in the south near Les Cayes collapsed buildings and historic cathedrals.

Rescue and relief efforts are especially urgent because Tropical Storm Grace is expected to bring heavy rains and possible flooding and mudslides this week.

IsraAID’s initial emergency response team will include Haitian former staff members from the organization’s eight years of previous work in Haiti. They will be joined by Israeli and international team members in the coming days.

The team will distribute urgently needed relief items and assess additional needs that can be met by its water, sanitation and hygiene (WASH) and psychological first aid and mental health experts. IsraAID first sent a team to Haiti following a 2010 earthquake that killed more than 220,000 people. Its local team also responded to Hurricane Matthew in 2016.

IsraAID CEO Yotam Polizer pledged to “stand shoulder-to-shoulder with the Haitians for as long as we are needed to build back better.”

SmartAID, in partnership with Third Wave Volunteers, has started sending out small groups to assess the affected areas from Les Cayes to Jeremie.

“Our aid team is coordinating its efforts with local responders and other aid agencies on the ground and will be offering clean water and energy so affected families would be able survive the first few weeks,” said SmartAID Founding Director Shachar Zahavi.

“In parallel, our organization will be distributing protective gear to health workers and first responders as Covid-19 is still spread across the island.”

«Previous Post
Tragedy Of Model Whose Parents Died In A Car Crash After Watching Her Graduate »Next Post
City Life, City Food Are Creating Bigger Mammals Than Rural Environs