Aviation ministry says domestic flight capacity can be increased to 72.5 percent in view of a better Covid-19 situation. 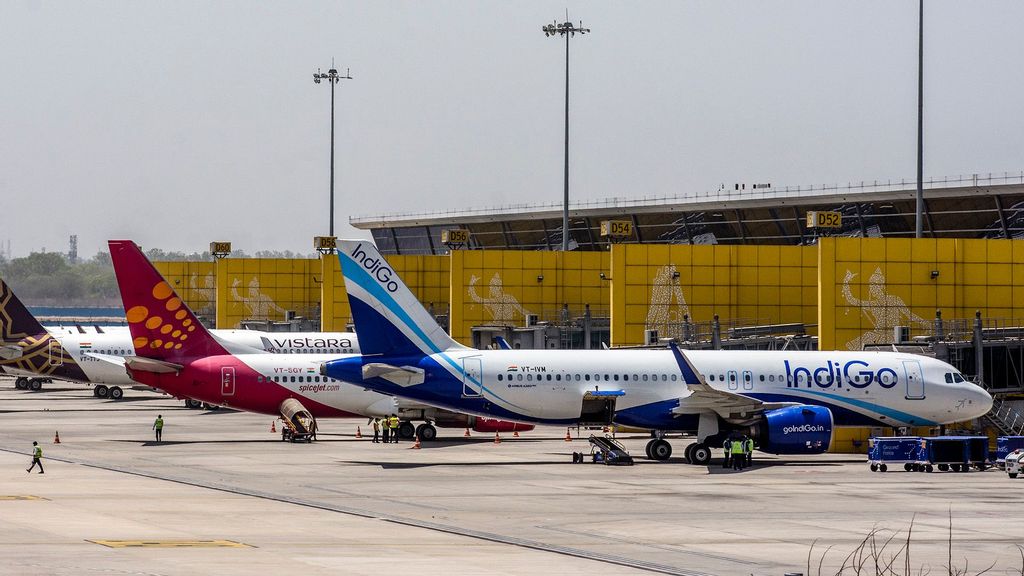 Aircraft stand at Terminal 3 at the Indira Gandhi International Airport, as the country relaxed its lockdown restriction in Delhi, India. (Yawar Nazir/Getty Images)

NEW DELHI — Scheduled domestic flights in India will now operate with an increased capacity of 72.5 percent, up from the 65 percent limit due to Covid-19, starting Aug. 13. And, airfares will cost 12.5 percent more, as per the aviation ministry.

With the threat of Covid-19 receding in the country, for now, the aviation sector is opening up after suffering heavy losses.

“Domestic scheduled airlines have been given the all-clear to operate flights with up to 72.5 percent of total capacity,” as per an order issued by the Ministry of Civil Aviation on Aug. 12.

The last revision in guidelines came in July when the cap was raised from 50 percent since June 2020 to 65 percent. In May 2020, flights were first allowed to fly with a reduced capacity (33 percent of pre-Covid levels) to implement physical, social distancing on flights after two months of complete suspension of flights.

The ministry also hiked the domestic airfare by 12.50 percent effective from Aug. 13. However, this does not include the airport user development fee (UDF), passenger security fee, and goods and services tax. Currently, the order is applicable just for August.

Domestic passenger flights have been in operation across the board, unlike international scheduled flights that remain suspended. However, the Indian government is running a fleet of Air India Covid-19 repatriation flights under the “Vande Bharat” mission to bring back Indian citizens stranded overseas, alongside limited international flights that are in operation under travel-bubble arrangements with 28 countries.

Meanwhile, the Indian parliamentary standing committee for transport, tourism, and culture (including the civil aviation ministry) is expected to discuss the increasing fare cost between India and the United Kingdom. India-UK one-way airfares have skyrocketed upwards of INR 400,000 ($5,376.16).