Hundreds Of Algerians Flee To Europe As Political Instability Persists

The socio-political crisis that has gripped Algeria since February 2019, has revived illegal immigration to Europe. 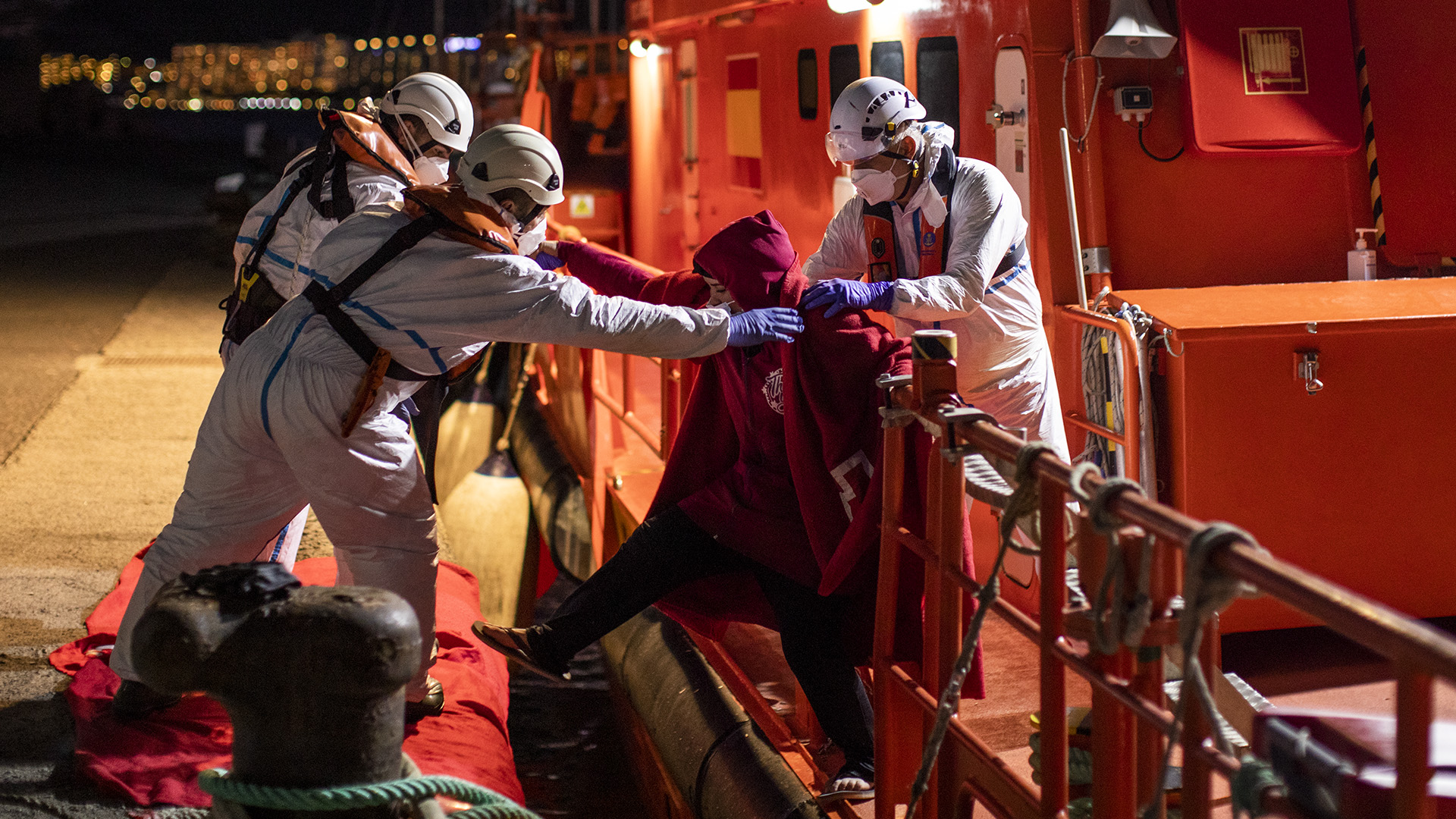 TÉNÈS, Algeria — Smail Merni, a 27-year-old from the small coastal town of Tenes, west Algeria, always dreamt of searching for work in Europe.

On the evening of May 26, he realized his dream—albeit illegally.

“We were 12 people, including two women and a nine-year-old child, when we took a small makeshift boat we had bought to cross the sea from the coast of Tenes to Chlef to go to Spain,” Smail told Zenger News.

Smail said unemployment in Algeria, particularly worsened by the political crisis that gripped the country for more than two years, drove him and his friends to attempt the perilous journey.

They started their adventure on May 26, at 9 a.m. Algerian time, but after two hours, the boat’s engine went off in the open sea before one of his colleagues restarted it.

“We saw dozens of bodies of young migrants who died at sea, floating about. It was a horrible sight and a sad end to the dreams of these young men. Despite the turbulent waters, we reached the Spanish coast of Almeria after 26 hours,” Smail said.

After a brief visit to Spain, Smail found his way to France.

Algerians took to the streets in February 2019 to protest then-President Abdelaziz Bouteflika’s announcement that he was seeking a fifth term in office.

The protests, known as the Hirak Movement, swept Bouteflika away from power, but normalcy has yet to return. Hirakists gather after Friday prayers to protest against Bouteflika’s successor, President Abdelmadjid Tebboune.

The socio-political crisis that Algeria is going through has revived illegal immigration in the North African country. Hundreds of judges, political activists, and entire families have tried to reach the other side of the Mediterranean, mainly Spain.

“In one week, from July 18 to 25, the Spanish Coast Guard intercepted 65 makeshift boats with 4,796 people, all young Algerians, including women and children,” Francisco Jose Clemente Martin, a member of the International Center for the Identification of Missing Migrants, told Zenger News.

Martin said more than 6,000 undocumented migrants, mostly young people, risked crossing the sea aboard 487 boats that landed in Motril, Almeria, Cartagena, Alicante, and the Balearic Islands, all in Spain, between January 2021 and July 10.

“From the beginning of 2021 to the present, we recorded the interception of 4,497 people, while 156 others are missing or dead. At least 200 people have died in the Almería region alone since January 2021. Unfortunately, many migrants disappear at sea; their bodies never recovered,” Martin said.

The deterioration of living and working conditions has forced some Algerians to leave the country for Europe, according to Said Salhi, the vice-president of the Algerian League for the Defence on Human Rights.

“The violent repression of political activists and journalists has caused a severe political crisis in the country, where the people hotly contest the validity of Tebboune and the entire government,” Salhi told Zenger News.

“The conflict between senior army officials and the reprisals on civilians by the security forces has forced several judges and military officials to flee the country in makeshift boats.”

Eventually, authorities got hold of him, and a court jailed him for two years on July 12, 2021, for “hate speech, contempt for institutions and distribution of false news” and “inciting an unarmed gathering,” according to the prisoners’ rights group National Commission for the Liberation of Detainees.

“In recent months, Brahim felt he was in a big prison [Algeria],” Saif Eddine, a friend of his, told Zenger News.

“He wants to move towards a little freedom where he can express himself.”

The activist tried to cross the sea on June 27, 2021, to seek political asylum in Spain for his criminal prosecution for defamation, publication of hate speech, and assault and incitement to unarmed assembly.

“The Spanish Coast Guard intercepted him in Almeria where he sought asylum and quickly handed him over to the Algerian authorities, which is unfair,” his father, Abdelkrim, told Zenger News.

“My son is in prison at Bordj Bou Arréridj. He asked me to inform the media and the public about this.”

Spanish authorities returned the activist to Algeria, where he was sentenced to two years in prison a few days later.

Spain’s handling of the activist raised an outcry in Algeria and abroad. The Algerian diaspora protested in front of the Spanish embassies and consulates in Europe, the United States, and Canada.

In the face of the influx of North African migrants in Spain, Martin said that the resources to bring them relief supplies and ensure their wellbeing are limited.

He also said that more than 200 illegal migrants were transferred to migrant detention centers in Cartagena and Barcelona between January 1 and July 10. He said the Civil Guard still holds many of the arrested migrants.

Spain was the favorite destination for young Algerian migrants in 2020. Of the 41,000 migrants who landed in Spain, 11,200 are of Algerian nationality, according to Spanish police figures.

Spanish human rights non-governmental organization Caminando Fronteras (Walking Borders) reported that 2,100 migrants died in the first half of 2021 while trying to reach Spain.

“During this first half of 2021, the border has shown its most terrible face,” said the Caminando Fronteras report released on July 7.

“Deaths on the migration routes to Spain have increased by 526 percent compared to the same period last year. The first months of 2021, January and February, began with many victims, the vast majority corresponding to vessels from Mauritania.”

A dozen young men from the commune of El Adjiba, Bouira, central-east Algeria, told Zenger News on July 28 that they intend to cross the sea in a few days.

“There is no job; there is no future. I will leave and never return.”