About 22 students from Afghanistan studying at India's Jawaharlal Nehru University are not willing to go back to their country.
By Zenger News Desk August 17, 2021
Facebook
Twitter
Linkedin
Email 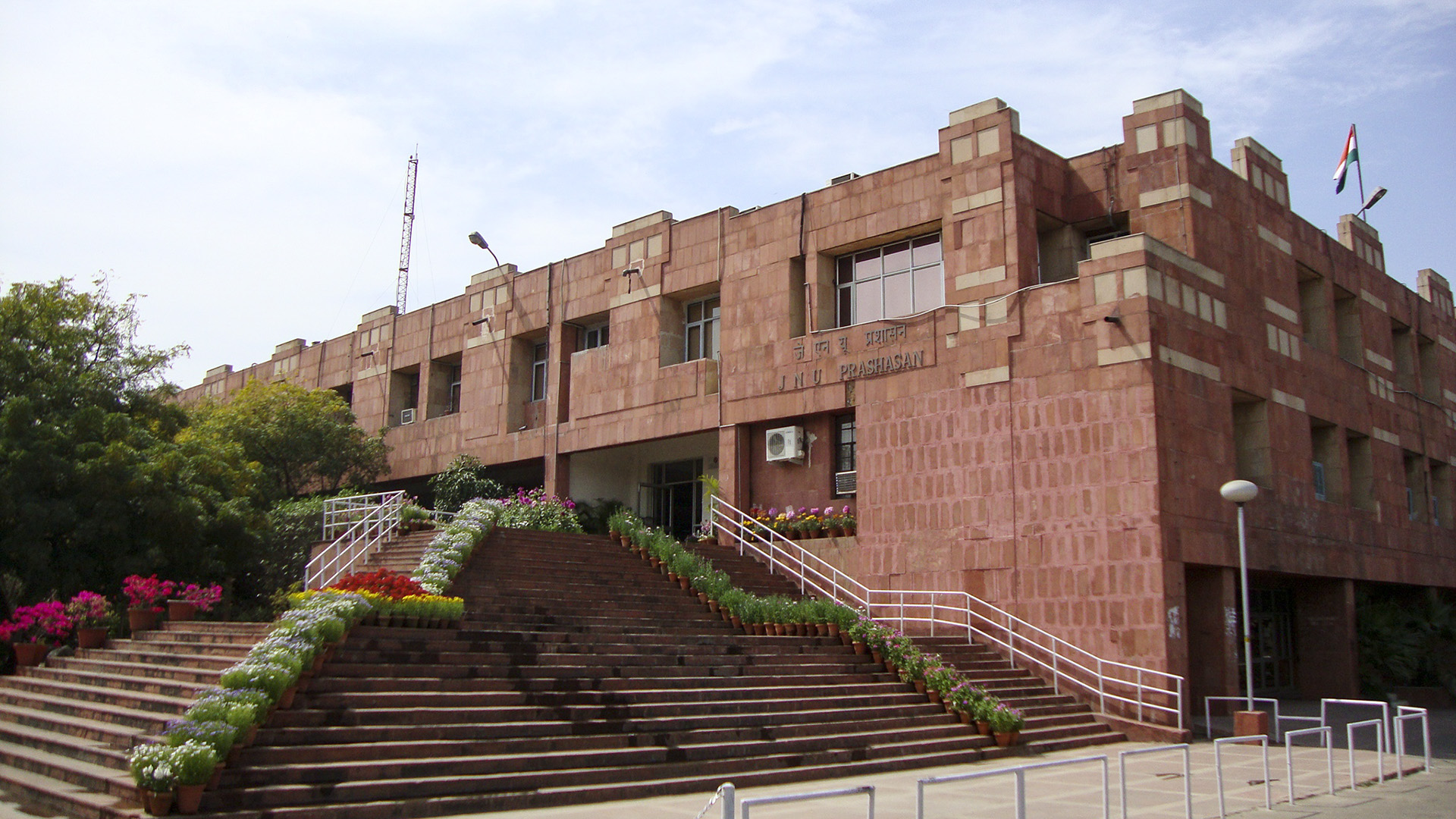 Studying at India's Jawaharlal Nehru University, about 22 Afghan students are unwilling to return to their country and intend to extend their visas through their academic courses. (GS Meena (CC BY-SA 3.0))

NEW DELHI — Studying at India’s Jawaharlal Nehru University, about 22 Afghan students are unwilling to return to their country and intend to extend their visas through their academic courses.

The stay of the Afghan students is a matter of concern as the tenure of the students’ visa is about to expire within months.

Afghans living in New Delhi urged the Indian government to grant visas to the people of Afghanistan amid the Taliban’s takeover of the country.

“Our relatives who’re currently living in Afghanistan are scared. We demand that the Indian government grant Afghans visas to come here,” said Shakeb, an Afghan national living in Delhi.

The visa limit for most of these international students is getting over by December 2021. However, with the Situation in Afghanistan turning volatile, no one wants to go back. They want to extend their visa through academic courses such as a Ph.D., sources said.

“For a war-torn country like Afghanistan, most of the people are extensively unemployed and trying to escape from either death or captivity. Arranging a ‘hefty fee’ seems impossible.” said Afghan students in the Jawaharlal Nehru University.

Terminal students have to leave the hostel by Sept. 23, making them unsure of accommodation with limited financial capacity.

“Situation is extremely critical there,” said Jalaluddin, a student of Jawaharlal Nehru University.

“I am hoping that the administration will understand our Situation and extend my visa permit. Also, a Ph.D. in this university is highly expensive for foreign nationals and low-income families that are certainly not the possible way out. However, at present, I don’t know what to do.”

If a student visa expires, one cannot work or study until a new permit is given. Also, while extending a visa, one must be sure that their passport does not expire at the same time. The study permit cannot be extended beyond the passport’s expiry date, said sources.

“My visa will get over by Dec. 31. I was a government employee before I came here to study,” said Shafiq Sultan, a student of International Relations and Area studies from the university.

“I am sure if I go back, they will capture me. My family is staying in the area captured by the Taliban, and I cannot contact them for the last one and a half weeks. The tension is scaling up. We need help.”

Ali Asghar, an Afghan student at the Jawaharlal Nehru University, said his visa would expire within three months.

“I spoke with my father a week ago,” he said. “He told me my family is escaping to another area because the Taliban may control our city.”

“They do not want me to come back, but the fee structure for international students is extremely high, which we cannot bear without family’s support. However, my family is completely unemployed.”

The administration of the Jawaharlal Nehru University released a press note on Aug. 14.

“Some Afghan students of the university have requested the administration to facilitate their return to the Campus. As the university has remained closed as per the latest Circular issued by the District Disaster Management Authority, Govt. of National Capital Territory, Delhi, this matter is currently being investigated,” states the press note.

Abdul, another Afghan national living in India for the last 11 years.

“Once Taliban had asked me to treat their people, but I refused to help them. Ashraf Ghani has done wrong with the Afghans.”

Afghanistan’s government collapsed earlier on Aug. 15 with President Ashraf Ghani leaving the country and the Taliban’s entry into the capital.

As the Taliban claimed control over the Afghan capital, several countries evacuated diplomatic personnel from the country, and crowds of people flocked to the Kabul airport in an attempt to leave Afghanistan.

Reports suggest that the movement will soon proclaim the re-establishment of the Islamic Emirate of Afghanistan.

Taliban deputy leader Mullah Baradar said that the terror group’s victory, which saw all the country’s major cities fall in a week, was unexpectedly swift and had no match in the world.

In a short video message, he said the real test would begin with meeting the people’s expectations and serving them by resolving their problems.