At least 70 people have died during severe floods in the Black Sea region of northern Turkey. 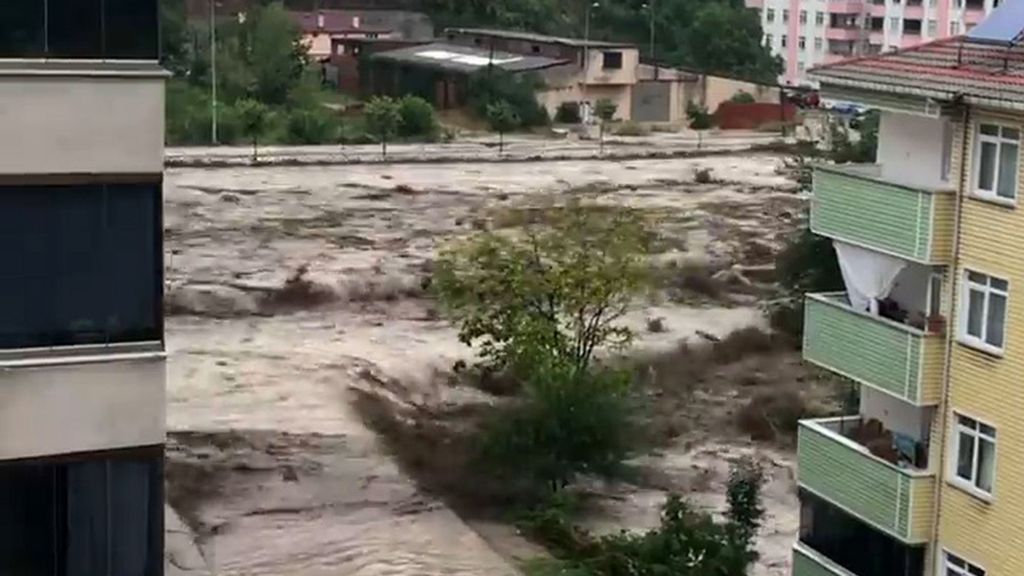 At least 70 people have died in flooding after torrential rains fell in northern Turkey last week.

One of the towns most affected is Bozkurt in the province of Kastamonu as floodwaters poured along narrow streets from the rain-swollen river nearby.

Resident Sumeyra Ergin Felek recorded dramatic video on her phone. It shows the rushing water, which engulfed the town within minutes. Houses on the river bed are caught in the floodwaters within seconds, and a person trying to protect his car from the fast-moving water disappears into the water.

Eight people have been hospitalized, and the search continues for 77 people who are missing.

In Kastamonu, the province most affected by the flood, 4,365 personnel, 540 vehicles, 32 ambulances, a helicopter, a drone, an UAV and other equipment have been deployed to assist rescue and recovery efforts.

“The flood is one of the biggest disasters I have ever seen,” said Interior Minister Suleyman Soylu. “Thus, we will carry out a long and feverish work here. We are trying to keep the morale of our citizens high. This trauma is not an easy one.”

“We will do everything we can to relieve the suffering of our citizens,” he said.

The mayor of the southeastern city of Gaziantep also offered support.  Fatma Sahin, tweeted: “We decided to cancel #GastroAntepFest on September 16-19 this year, due to natural disasters. As #Gaziantep Büyük&scedil;ehir, we will transfer the budget we have allocated for this festival to our relevant institutions to be sent to the regions affected by the disaster.”

Due to record rainfall, flooding and landslides have been overwhelming rescuers in Turkey for more than a month. The situation is exacerbated by the more than 200 wildfires in southwest Turkey since July 28, which have destroyed forests and vegetation that would have trapped the water.