VIDEO: Tough Nut: Congressional Honor For Cop Who Carried On After He Was Shot In The Head

Though his skull was grazed by a bullet, Sgt. Dane continued to chase the suspect. 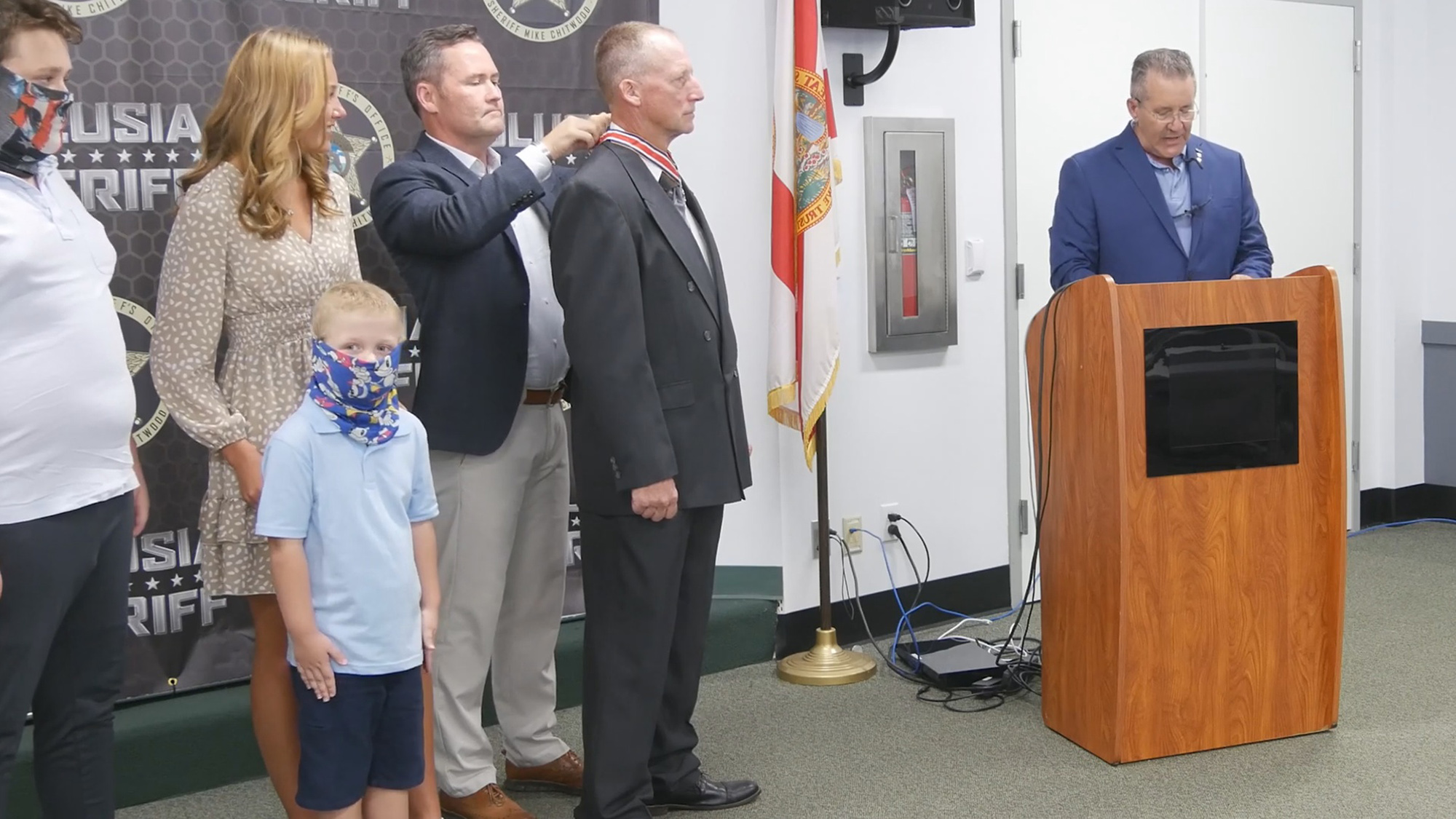 A Congressional honor has been bestowed on a Florida sheriff’s deputy who kept chasing a suspect after his own skull was grazed by a bullet.

“Today, U.S. Rep. Michael Waltz presented retired VSO [Volusia County Sheriff’s Office] Sgt. Tom Dane with the Congressional Badge of Bravery for his actions in 2019, when he was shot in the top of the head while responding to an armed carjacking call,” the Volusia Sheriff tweeted on Aug. 13.

Dane, a 30-year veteran of the office, is retired. He was not seriously injured in the incident.

Dane was awarded with the U.S. Congressional Badge of Bravery for his actions during the shooting incident in 2019. According to the Sheriff’s Office, a man stole a woman’s pickup truck at gunpoint and was fleeing until stop sticks halted the vehicle. The suspect then ran from the pickup and started shooting at deputies.

Dane ran after the suspect as he fled into the woods. Though a bullet grazed his head, Dane kept up pursuit. Other deputies shot the suspect, identified as Phillip Thomas Marsh. He died later in hospital.

“The suspect in this case opened fire on deputies while fleeing into the woods, with a bullet striking Sgt. Dane in the head. Sgt. Dane continued to engage the suspect in an effort to protect his fellow deputies, and only tended to his own injury after the threat was over,” the Sheriff’s Office said.

“Our congratulations and thanks to Sgt. Dane for his years of dedicated service to Volusia County!”

Following an incident in June this year, a man has been indicted on an attempted first-degree murder charge, accused of shooting a Daytona Beach [Volusia County] police officer in the head.