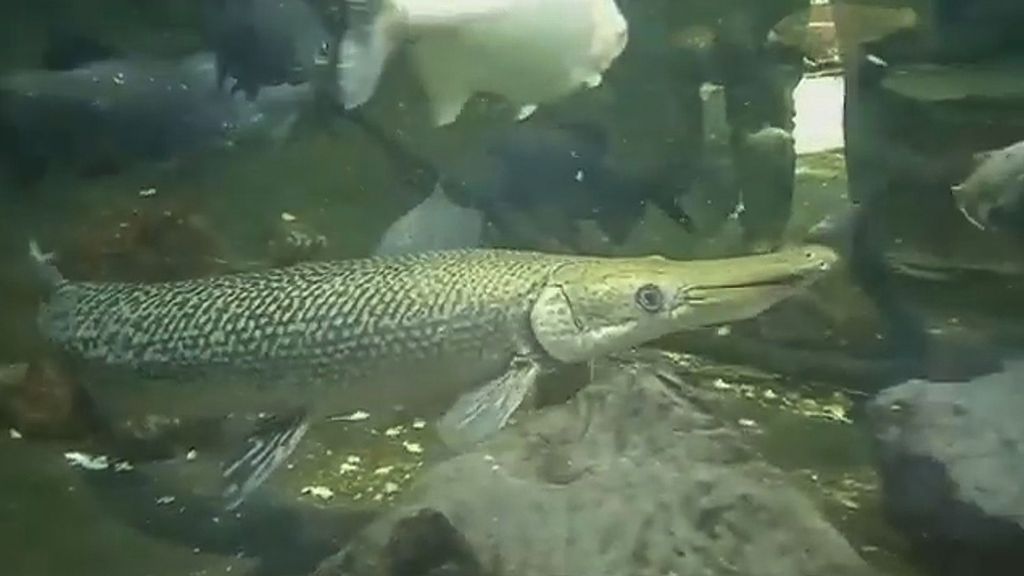 A woman suffered a bite from a large predatory fish found in an ornamental pond in an Israeli shopping center over the weekend.

The 3.3-foot long alligator gar, which can grow up to double the size, is among the largest freshwater fish in North America. Adult gars are generally 4 to 6 feet long and weigh 100 to 160 pounds, according to the U.S. Fish and Wildlife Service. It is illegal to import the fish in Israel.

The fish was removed after it attacked the woman, who had placed her hand in the water. Her injuries were described as minor.

Managers at the shopping mall are working with police to determine how long the fish had been there and where it came from. They are unsure whether it was supplied with the other fish or if it had been placed there by someone.

The Israeli Ministry of Agriculture and Rural Development has opened an investigation to discover how the banned fish ended up in the shopping center.

Special equipment was used by inspectors to safely capture and remove the fish, which authorities warned could “even kill a human,” although it mainly eats other fish.

The alligator gar earns its name from the resemblance of its long snout and sharp fangs to that of an alligator.

The torpedo-shaped fish is commonly found in the southern part of the United States.

If such a fish were to escape into local waterways and reproduce, the consequences could be catastrophic, Hagai Neuberger, supervisor and enforcement officer in the Fisheries Division of the Ministry of Agriculture and Rural Development, said in a statement.

“It is important to mention that according to the fishing regulations, keeping fish prohibited is a criminal offense. The possession of prohibited fish species poses a threat to harm the diversity of the ecological in Israel and in man, in which case a tangible and clear danger to public safety,” he said.

The fish feeds primarily on other fish, but it also eats crabs, turtles, small mammals and waterfowl.

There was no word on what happened to the alligator gar after it was removed from the shopping center.