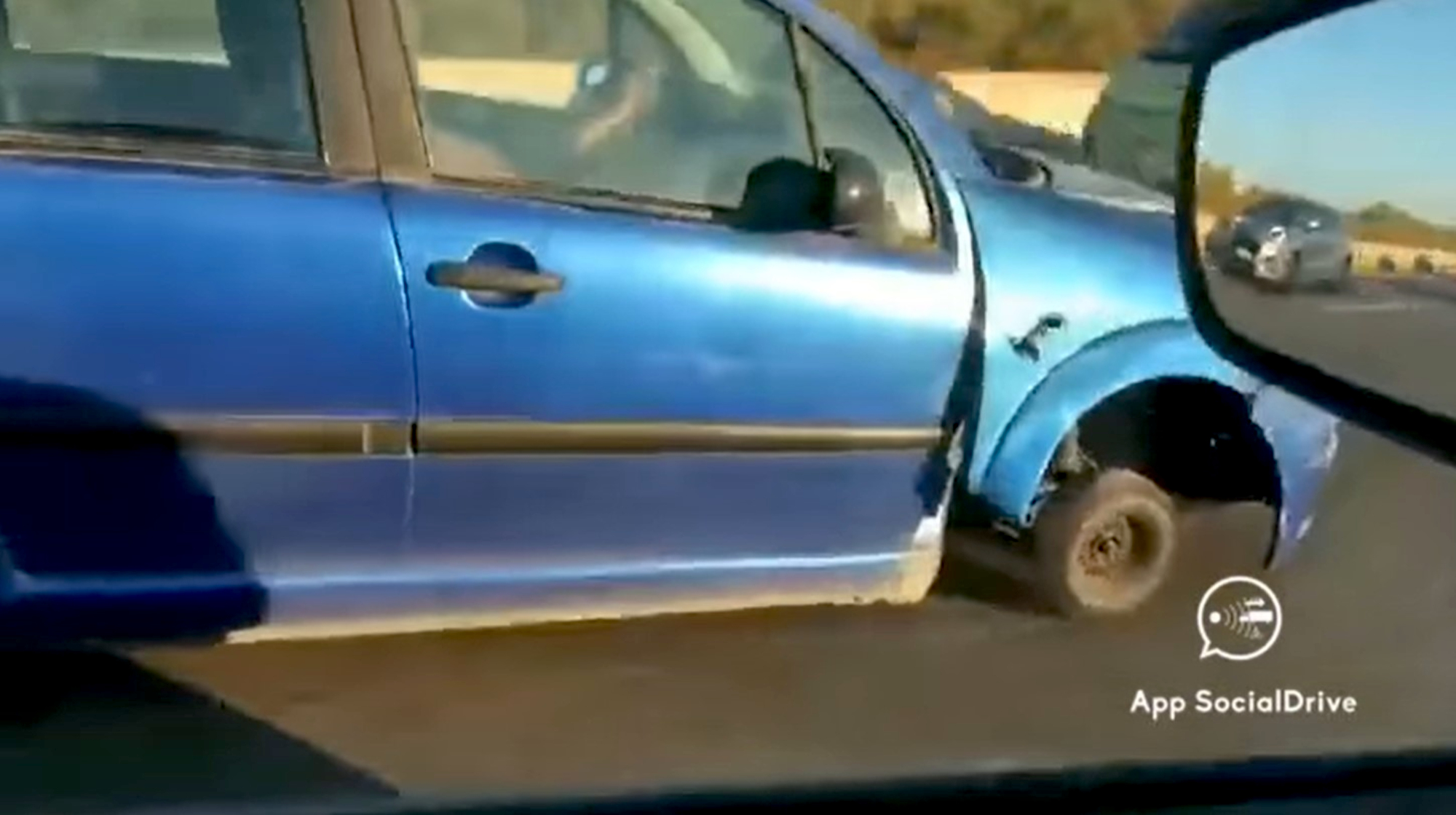 This car was caught on video driving in the center lane of a busy motorway in Majorca, Spain, without its right-front tire. (@SocialDrive.es/Zenger)

A middle-lane motorist whose car is missing a front tire was captured on camera driving along a busy highway in Majorca, the largest island in the Balearic Islands of Spain.

The incident was filmed on the three-lane MA-13 motorway near the town of Inca earlier this month.

A driver came across a motorist on the highway who was hogging the middle lane in a compact Citroën C3 with damage to its front, and the front right-side wheel was missing.

The video was posted on SocialDrive, an app that gives motorists up-to-date information on road accidents and other traffic concerns. In the footage, the front of the Citroën, model year unknown, is seen scraping along the tarmac as the nonchalant driver maintains a constant speed along the busy motorway.

Some people noted that the blue car appeared to have been in an accident, based on damage seen around the area of the missing tire.

Police said there had been no reports of crashes in that area around the time the video was taken.

The car can also be seen smoking from the friction caused by the metal rim hitting the asphalt, and a scraping sound can be heard on the video.

After being alerted to the video, the Spanish Civil Guard said the Citroën driver’s actions potentially put other motorists at risk and began an investigation.

If the driver is located and convicted of violating the Spanish Penal Code, penalties would result:

“Anyone who drives a motor vehicle or moped with manifest recklessness and specifically endangering the life or integrity of persons will be punished with prison sentences of six months to two years and deprivation of the right to drive motor vehicles and mopeds for a time greater than one and up to six years,” the code says.