Now that it's understood that the virus isn’t going away despite vaccines, COVID drugs are back on the front burner.
By Abigail Klein Leichman August 16, 2021
Facebook
Twitter
Linkedin
Email 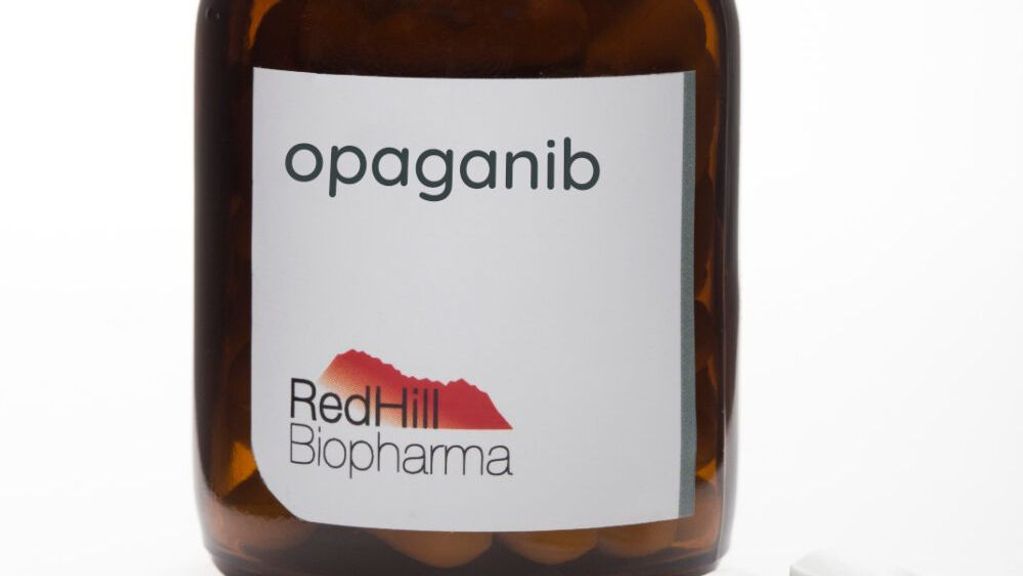 Opaganib is an experimental oral drug to treat COVID-19. (Courtesy of RedHill Biopharma)

Now that it’s understood that the virus isn’t going away despite vaccines, COVID drugs are back on the front burner.

“Just two months ago, interest in COVID therapeutics was done. Everyone thought it was over because the vaccines were working well. And then Delta came along,” said Shai Novik, executive chairman of Enlivex Therapeutics.

Novik said the large number of unvaccinated people in the world “creates a playing field for mutations,” currently the Delta (Indian) and Delta-plus variants.

That means there’s an urgent need for “a slew of therapeutics for mild, moderate, severe and critical cases of COVID-19,” he said.

Novi said that not every patient responds the same, and different levels of illness require different drugs or drug combinations.

Three Israeli drug candidates for treating COVID-19 are being evaluated. One is given intravenously; one is swallowed as a pill; and one is inhaled.

It’s based on the research of Enlivex chief scientific and medical officer Dr. Dror Mevorach, chief of internal medicine at Hadassah-Hebrew University Medical Center in Jerusalem and head of one of its coronavirus units.

Allocetra is given once by an IV infusion to severe or critical patients in the hospital.

“The results were encouraging. We did not see any issue with safety and tolerability. Nineteen of the 21 patients were released from the hospital in 5.6 days, on average, after receiving our drug product — less time than you’d expect at this level of illness.”

Enlivex is initiating a Phase IIb randomized, controlled study of 152 patients in Israel and Europe, half getting Allocetra and half a placebo.

“The objective is to get final clarity and confirmation of whether our drug product is as effective as we think it is in severe and critical patients. The study has an endpoint for each type of patient,” Novik said.

“Assuming the data will be supportive, we will use it to try getting regulatory approval in various locations to get it on the market.”

Novik said that Allocetra does not target the virus. “It targets the side effect of the virus: organ failure, typically in the lungs, associated with COVID-19. It’s agnostic to the strain of the variant, which could be Delta today, Epsilon tomorrow.”

Allocetra is specific to severe and critical patients, he emphasized.

“Some of the antibodies approved for use in the U.S. were taken from the plasma of recovered patients or developed in the lab. These were mostly given to moderate patients who didn’t already have organ failure but had a high quantity of virus in their system,” said Novik.

“Sicker patients have little virus left in the body; they’ve developed other serious issues. If approved, our therapy would be like shooting with a tank instead of a rifle.”

Opaganib is being evaluated as an oral drug with antiviral and anti-inflammatory actions to treat severe COVID-19 pneumonia.

A Phase II/III study involving 475 patients on several continents was completed on July 19. RedHill COO Gilead Raday said that the findings will be available soon pending data accumulation and analysis.

Shaare Zedek Medical Center in Jerusalem gave the drug candidate to 23 patients on a compassionate use basis in April and May 2020 and compared outcomes to control patients. Results, published in the Journal of Emerging Diseases and Virology, were encouraging though anecdotal.

“All the patients showed improvement across several clinical parameters and biomarkers,” said Raday. “There were zero events of mechanical intubation and ventilation, while a third of the control patients did have to be intubated and ventilated. The patients treated with our product also improved in terms of oxygen requirement, lymphocyte count and other inflammatory markers.”

A Phase II study of opaganib in 40 American hospital patients demonstrated consistent benefit compared to those on drugs such as remdesivir and helped them to be discharged faster, he said.

Because opaganib doesn’t act on the spike protein of the coronavirus, but rather on a mechanism the virus uses in the body to replicate and spread, “we think it will continue to be effective against Delta and any future variants with differences in the spike protein,” said Raday.

An oral pill is easy to distribute and administer to non-hospitalized patients, which describes most of the COVIDpatients around the world, he said.

“Experts are now focusing on oral therapy for outpatients early in the diagnosis of the disease to prevent deterioration and hospitalization,” Raday said.

“If our global Phase II/III studies confirm or replicate the results we saw in compassionate use and Phase II studies, opaganib would be a game changer in treating COVID-19. The pill could be broadly implemented to patients in various stages of disease.”

RedHill Biopharma also has a second oral pill candidate, with a different antiviral mechanism, under investigation for treating Covid-19 patients.

EXO-CD24, an experimental inhaled medication developed by professor Nadir Arber at Tel Aviv Sourasky Medical Center, is designed to stop the “cytokine storm” that occurs in the lungs of 5-7 percent of COVID-19 patients.

A cytokine storm is when the immune system goes haywire and starts attacking healthy cells with an overabundance of cytokine cells, which normally control the growth and activity of other immune system cells.

Results of a Phase I trial released last February showed all 30 patients treated with EXO-CD24 recovered, 29 of them leaving the hospital within three to five days of treatment.

The medical center reported on Aug. 5 that 93 percent of 90 serious COVID-19 patients, treated in several Greek hospitals with EXO-CD24 as part of a Phase II clinical trial, were discharged within five days.

No significant side effects were seen in patients in the Phase I or II trials, probably because EXO-CD24 is delivered directly to the lungs.

“The preparation is given by inhalation, once a day for only a few minutes, for five days,” said Dr. Shiran Shapira, director of Arber’s laboratory, which studies the CD24 protein and its role in regulating the immune system.

“The drug is based on exosomes, [vesicles] that are released from the cell membrane and used for intercellular communication. We enrich the exosomes with CD24, a protein expressed on the surface of the cell,” said Shapira.

Arber describes EXO-CD24 as a precision medication because it targets only the mechanism involved in cytokine storms. It does not affect the entire immune system, as steroids do.

The drug now goes into Phase III controlled studies involving 155 Covid-19 patients in Israel. Two-thirds will receive EXO-CD24, while the remaining one-third will get a placebo. This study is expected to be completed by the end of 2021.

“Even if the vaccines perform their function, and even if no new mutations are produced, then still in one way or another the corona will remain with us,” said Arber, director of the medical center’s Integrated Cancer Prevention Center.