In Covid’s Wake, Restaurant Owners Suffer From Lack Of Staff 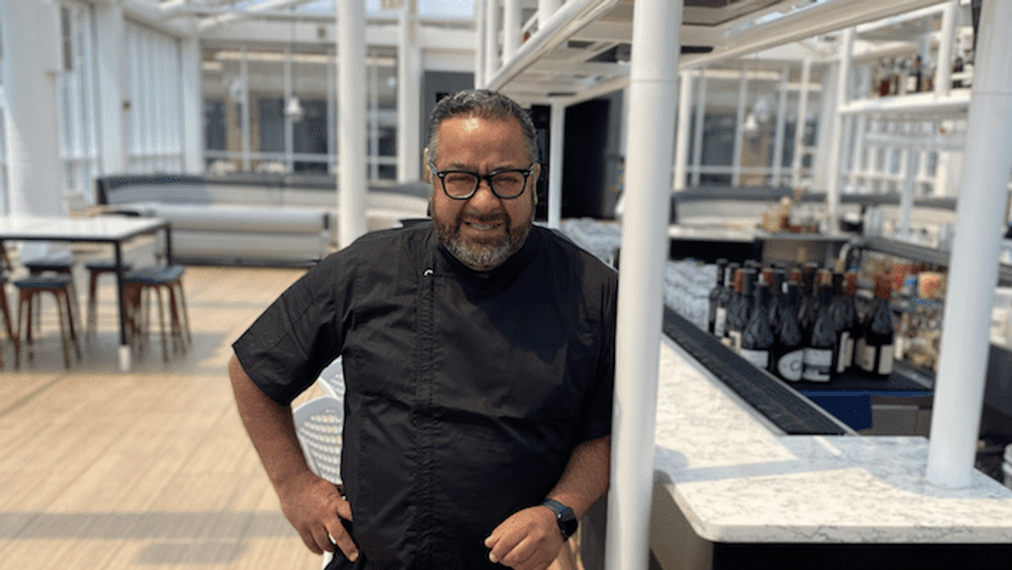 Despite offering various incentives, restaurants have not been able to fill their vacancies, said Chef Pablo César Reyes. (Negocios Now)

From dishwashers to cooks, the restaurant industry is facing a new challenge: lack of staff.

When COVID-19 forced restaurants to close, “many workers saw the opportunity to maintain an income working in construction or food production, which did not stop,” said Pablo César Reyes, a chef at Navy Pier’s Offshore Rooftop & Bar in Chicago.

Reyes said an employee shortage affects all industries, but restaurants are particularly hard hit. Despite offering all sorts of incentives, they have not been able to fill their vacancies.

(Job vacancies in the accommodations and food services sector in May increased to 1.25 million, according to the U.S. Bureau of Labor Statistics. But the quit rate of workers leaving these jobs was 5.7%, more than twice the 2.5% average.)

Workers “fear that the number of COVID-19 cases will rise again, and they will be out of work. So, they are making sure they keep their jobs,” said Reyes, who comes from a family of cooks. Reyes was born in Mexico and immigrated to the United States in 1990 at the age of 17.

There are not enough employees at Offshore Rooftop & Bar, he said. The restaurant has only 20 staffers, who have to work overtime.

“They don’t complain about it. Most even have two jobs and go straight from one to the other to secure the family income,” he said.

Reyes worries about the lack of workers. “I would like my employees to work just for me, to secure all my staff.”

He believes the ongoing pandemic causes economic uncertainty in many households. In response, Reyes is offering more attractive salaries to keep his staff. “It is something that I have not seen before. We are paying cooks $20 per hour or more, and dishwashers [are getting] over $18 per hour.”

Despite the salary incentive, his business has failed to attract the number of employees it needs. “We are looking for staff daily. To run the restaurant as we did before [the pandemic], I need five more workers: a cook and four janitors.”

He said the solution to keeping personnel and attracting new workers is motivating and even spoiling them. “I take great care of the cleaning staff because I need them. Otherwise, I would have to wash dishes, sweep and do other things,” Reyes said.

The number of employees required is proportional to the number of customers. “We serve no less than 800 people a day. On a Saturday, the number rises to 1,800. Every weekend, we have an event,” he said.

For Reyes, the restaurant industry has already changed, and the pandemic is not over. “The biggest impact was on ‘to go’ food. Restaurants that were open for takeout did very well; their sales increased a lot.”

The rising number of people working from home meant a change in meal routines, which impacted restaurants, too.

While the restaurant industry deals with the changes, chef Reyes has an idea to help fight the personnel crisis that food businesses face.

“We can reach out to other chefs to ‘lend’ us workers. We just need to talk about it and make a deal. My staff may work with them in the afternoon, and theirs, in the morning with me, or vice versa.”

This system would also help employees who need to work two shifts.

“I have a cook who has two jobs and comes from Winnetka [which is far from the restaurant]. If we [chefs] coordinate, we would fill our vacancies and prevent staff from traveling long distances between one job and the other,” Reyes said.