VIDEO: Underwater Scanner Is So Sensitive It Can Spot Scuba Diver’s Rope

Robo-boat dubbed Otter Pro can not only find wrecked ships or planes, it can also tell the direction survivors swam away. 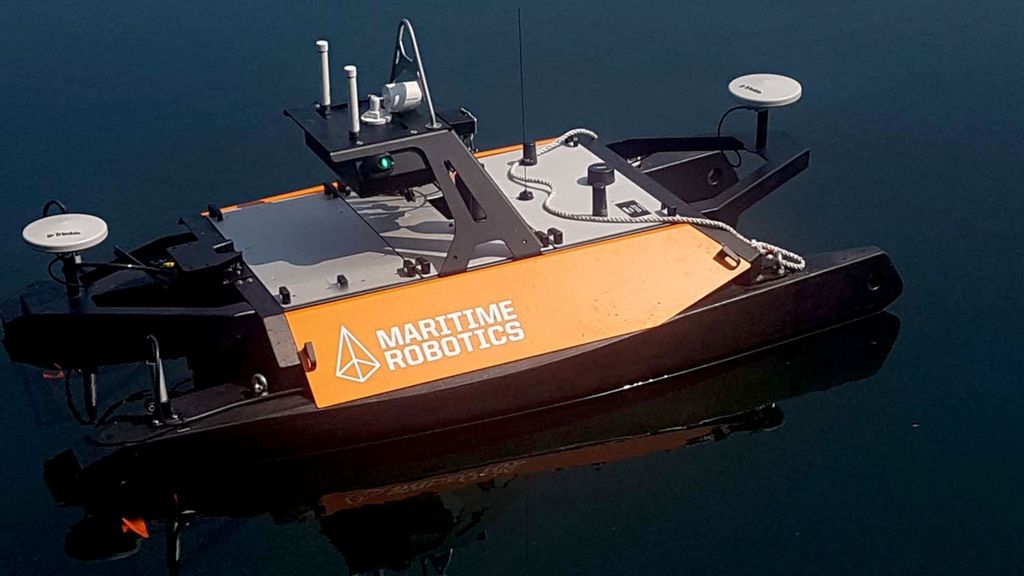 The Otter Pro a robot boat that can be used to quickly survey uncharted waters and gather data has begun trials with the U.K.'s Royal Navy. (Royal Navy/Zenger News)

A new kind of underwater scanner can map surfaces underwater so precisely that its sensors pick up the thin ropes scuba divers use to find their way back to a boat in heavy currents.

Video released by the United Kingdom’s Royal Navy shows an officer’s-eye-view of footage coming back from an unmanned boat called the Otter Pro, armed with the technology. New objects appear on screen, moment by moment: Some are rocky features of the ocean floor, but others are machines whose backgrounds and contents are mysteries.

A three-man team worked together on the test voyage at Horsea Lake, a narrow body of water near Portsmouth Harbor on England’s southern coast. Two drove the remote-control craft while the other analyzed its data “in near real time,” according to an Aug. 11 statement from the navy.

Horsea Lake is on the doorstep of the UK’s Defence Diving School.

In 40 minutes surveying an area the size of a soccer field, the navy said, its small vessel’s digital eyes found a motorboat, a larger boat with a topside cabin, and a wrecked helicopter — all sunken and lost. The sensors also picked up seabed erosion caused by scuba divers, and the “swim line” ropes that guide them underwater.

The Otter Pro is about 6-1/2 feet long and weighs 143 pounds, according to a product brochure from its manufacturer, Maritime Robotics. The company says it’s outfitted ideally for “sheltered waters such as small lakes, canals, rivers, ponds, and harbor areas.”

The twin-hulled catamaran-style floating robot is battery-powered and has a top speed of just 6 knots — about 7 mph. WiFi and 4G transmissions come standard, according to RS Aqua, which supplied the high-tech gear.

RS Aqua says on its website that envisions Otter Pro boats sent out by governments and other institutions that want to “transition to autonomous or unmanned operations for various defense and humanitarian scenarios.”

The company announced in June that it was partnering with Maritime Robotics on the custom-rigged Otter Pro, but didn’t identify the buyer — saying only that it was “a high-profile defense customer in the UK.”

Royal Navy Commander Graham Mimpriss, who led the test, said in statement that the vessel’s light weight means his sailors could put it in a van and put it to work “within an hour of arrival.”

The Royal Navy said its next trials will deploy the Otter Pro to survey a larger and more complex environment so experts can fine-tune its ability to process data as it comes back for analysis.