VIDEO: T’Wit To Woo: Rare Owl Released To Live Free And Find A Mate In The Wild

Critically endangered Ural owl gets a chance to spread its wings after being born in captivity.
By Georgina Jadikovskaall August 13, 2021
Facebook
Twitter
Linkedin
Email 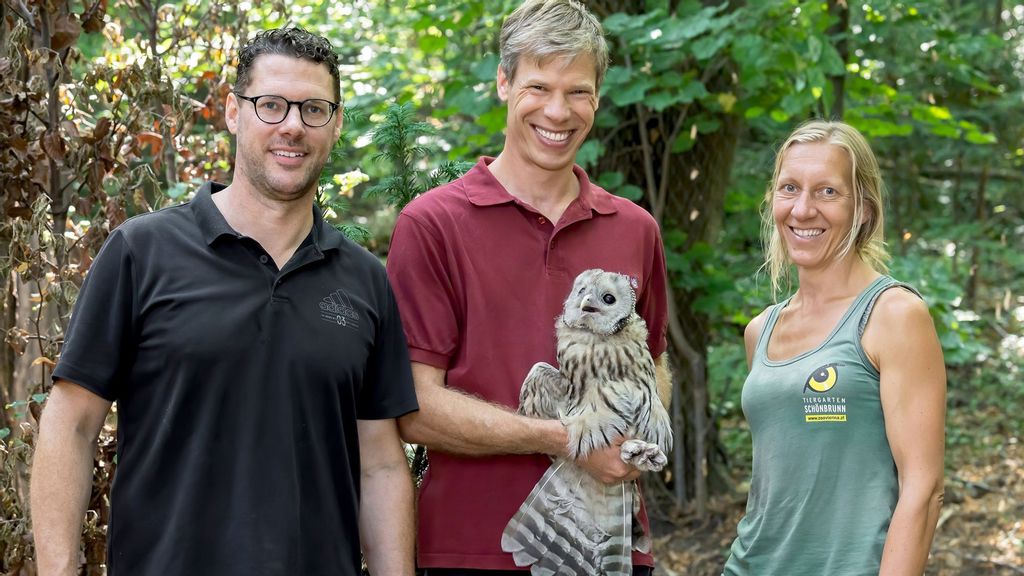 A young Ural owl that hatched at the Tiergarten Schonbrunn Zoo in Vienna a few months ago will be reintroduced into the wild, where its population is critically endangered.

Native to the Ural Mountains in Russia, the owl hatched March 25. Now scientists are prepping it for the greatest adventure of its life.

The rare species will be released in the Durrenstein wilderness area in Lower Austria as part of the zoo’s protection and conservation efforts.

“The Ural owl was exterminated around 150 years ago in Austria. We have been poaching the offspring from zoos and bird stations since 2009. This is an extremely important cooperation. Together, we offer human care to this endangered owl and ensure that it returns to our local forests in the long term,” said Richard Zink from the Austrian Ornithological Institute of the University of Veterinary Medicine in Vienna.

A total of 41 owls from the Vienna zoo have been relocated in the wild since the project began, contributing to the 30 breeding owl pairs found in Austria’s forests.

“If we protect the owl and its forests, we also protect many other, lesser-known animal species, such as the white-backed woodpecker and the hazel grouse,” said Iris Starnberger, research assistant at the Tiergarten Schonbrunn Zoo.

“The owl needs old trees to nest. In areas where these are rare, nest boxes are installed. We are proud to finance the production, assembly and annual inspection of 15 pieces,” she said.

A new owl aviary was opened in February at the zoo, where a young breeding pair successfully raised offspring in the first year.

The young owl is expected to fly through the Lower Austrian forests in a few weeks, where it will initially remain near the release site and be fed by specialists.

The aviary experts say the owl is expected to develop into a successful hunter by autumn and will be able to live independently without human assistance.

Project team members and zookeepers from the Vienna zoo placed a small ring on the young Ural owl’s talon to ensure that it can be always identified as a “Schonbrunn” owl.