US Diplomat Meeting With Tibetan Leader’s Representative In India Is Violation Of Promise: China

Acting Envoy To India’s Meet With Dalai Lama’s representative has been termed a “violation” of the country’s foreign policy. 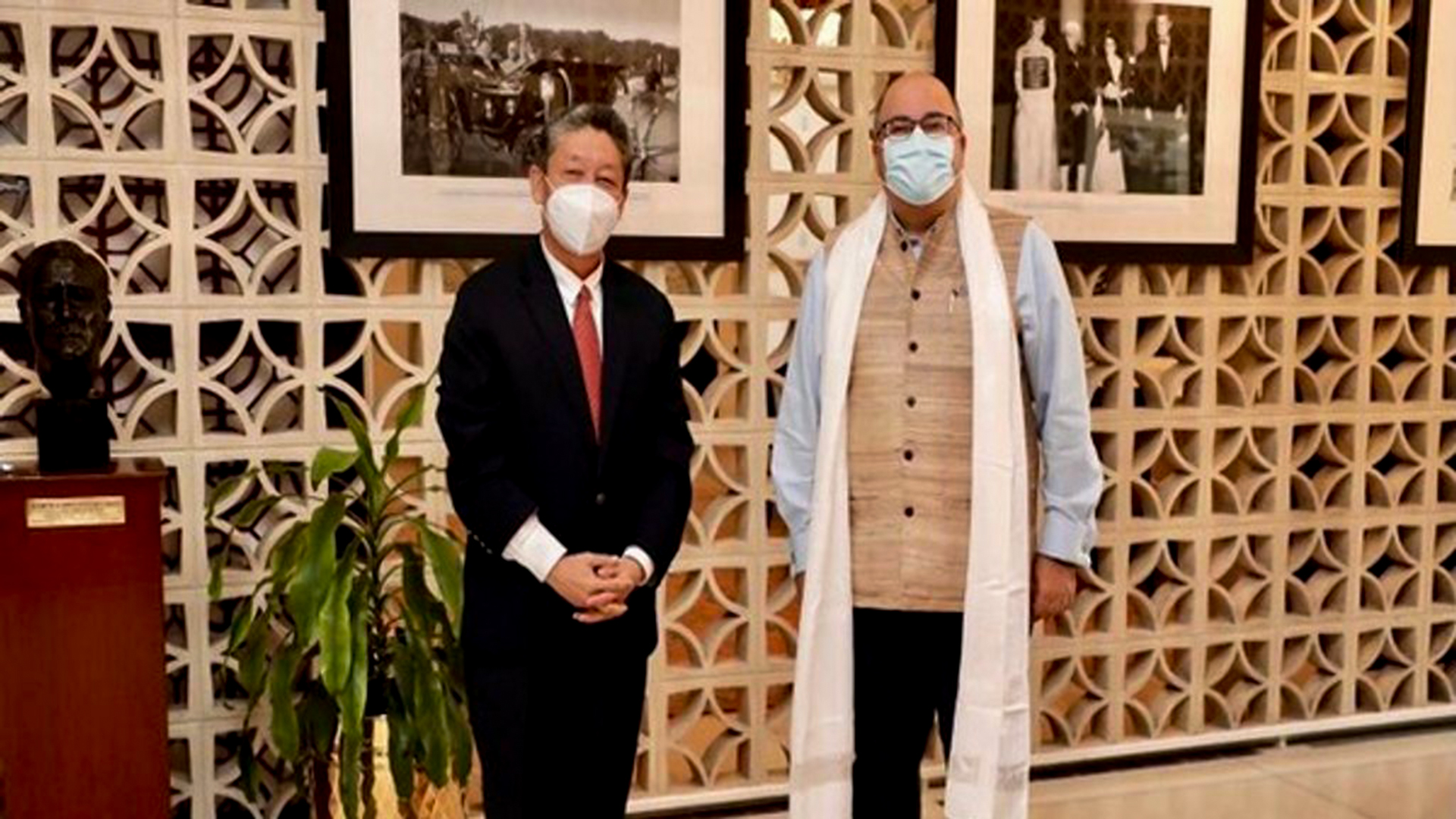 NEW DELHI — Beijing has slammed the United States’ violation of its commitment to acknowledging Tibet as a Chinese territory after a second American diplomat met with Tibetan spiritual leader The Dalai Lama’s representative, Ngodup Dongcheng within days of the Secretary of State’s visit.

“@USAmbIndia Strongly opposed to repeated provocative acts by the US. Tibetan affairs are purely China’s internal affairs that allow no foreign interference,” said Wang Xiaojian, Spokesperson of the Chinese Embassy in India in a tweet.

“Any form of contact between the US side and the Dalai clique is a violation of the US commitment to acknowledging Tibet being part of China, to not supporting ‘Tibetan Independence,’ and to not supporting attempts to split China.”

The Chinese Embassy spokesperson said that “Tibetan government-in-exile” is a separatist political organization with the agenda of pursuing Tibetan independence.

“It is completely in violation of China’s Constitution and laws and is not recognized by any country.”

The reaction from China comes after the United States Charge d’Affaires to India, Atul Keshap, met with a Tibetan representative on Aug. 10 and affirmed support to religious freedom and the preservation of Tibetans’ cultural identities.

“Enjoyed meeting with Ngodup Dongcheng, Representative of His Holiness the Dalai Lama. The US supports the religious freedom and the preservation of Tibetans’ unique cultural and linguistic identities, and respects the @DalaiLama’s vision for the equal rights of all people,” Keshap said in a tweet.

Blinken met with Dongcheng, who presented him with a scarf from the Dalai Lama.

“Secretary Blinken had an opportunity to meet briefly this morning in New Delhi with a representative of His Holiness the Dalai Lama,” said State Department spokesperson.

Following the meeting, Chinese Foreign Ministry Spokesperson Zhao Lijian had said that contact between the American side and the Dalai clique went against the United States’ promise to recognizing Tibet as being part of China.

Chinese troops occupied Tibet in 1950 and later annexed it. The 1959 Tibetan uprising saw violent clashes between Tibetan residents and Chinese forces. The 14th Dalai Lama fled to neighboring India after the failed uprising against Chinese rule. The Dalai Lama, the supreme Tibetan Buddhist leader, established a government-in-exile in India.

There are at present more than 10,000 Tibetans living in India’s far north in Dharamsala alone, and an estimated 160,000 Tibetan exiles around the world.

Since becoming President in 2013, Xi Jin Ping has pursued a firm policy of stepping up security control of Tibet. Beijing has been cracking down on Buddhist monks and followers of the Dalai Lama.

The United States has been raising the issue of human rights violations in Tibet on various platforms.

The United States Congress passed The Tibet Policy and Support Act in 2020 that makes it the official policy of the country to “oppose any effort by the Government of the People’s Republic of China to select, educate, and venerate Tibetan Buddhist religious leaders in a manner inconsistent with Tibetan Buddhism.”

«Previous Post
Center To Get All Indians On Internet By 2025, Simplify Business Through Digitization: Minister»Next Post
Health Authority And Indian Public Technical University Partner Up To Scale Healthcare Innovations