The Tokyo Paralympics flame has been lit in the opener despite Covid-19 significantly restricting the ceremony.
By Zenger News Desk August 13, 2021
Facebook
Twitter
Linkedin
Email 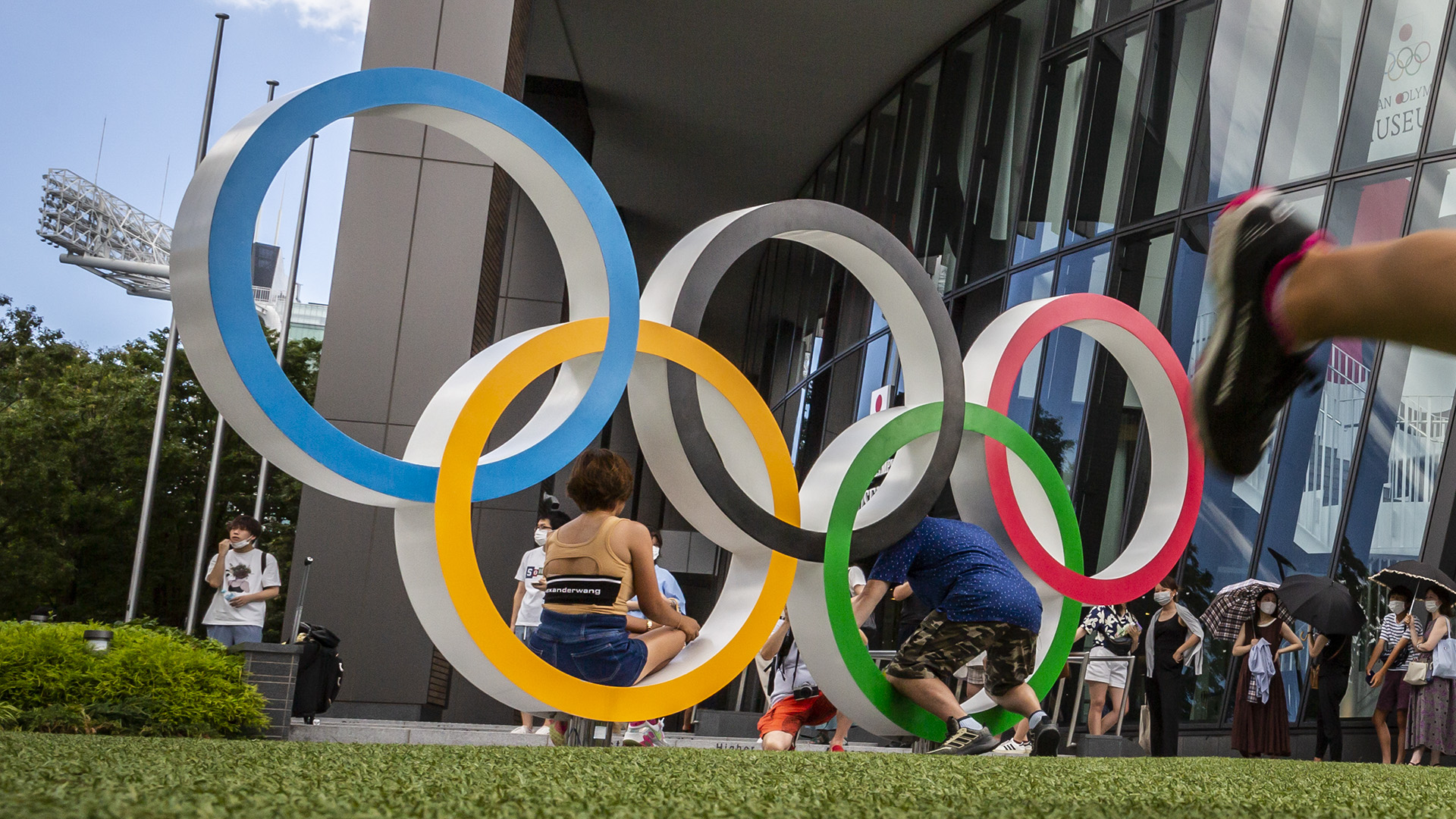 People queue to take photographs of Olympics rings as a child runs past it on Aug. 10, 2021 in Tokyo, Japan. (Yuichi Yamazaki/Getty Images)

NEW DELHI — Covid-19 could not put out the flames that fired up the beginning of the Tokyo Paralympic torch relay events on Aug. 12 despite the event itself being scaled down to restrictions imposed by Japanese authorities.

A series of events related to the torch relay was held to boost momentum toward the Paralympics—which will take place between Aug. 24 and Sept. 5—and mark the transition from the recently-concluded Olympics.

The torch relay began on Aug. 12 across 47 Japanese prefectures. The tradition guides that the Flames be lit in each administrative region of the host country and simultaneously in the village of Stoke Mandeville in the United Kingdom, the place of origin of the Paralympics.

The flames from all prefectures came together under one flame at the Akasaka Palace in Tokyo. It will traverse through 62 districts in Japan’s capital city in the final leg of the relay to converge at the Olympic Stadium, the venue for the tournament.

The routes were shortened in light of the government-issued public health orders to contain the spread of Covid-19 in Japan.

Unlike the standard torch relay conditions, including the July event, the flame-light events are not planned on public roads. Spectators are to stay in the city hall in the August events as per the guidelines, which means the event participants cannot march over to the main venue.

A 21-year-old healthcare worker with cerebral palsy lit one of the flames at the Light of Hope monument in the Rikuzentakata prefecture of Japan, which was among the areas most severely devastated by the Tsunami and earthquakes of 2011.

“It was a great honor to pass the fire as the Paralympic Flame,” said Takahashi.

“It has a long history since the Great Hanshin earthquake.”

Another participant at the event, a local resident group’s leader Naomi Fujiwara said that she hoped the flame reminded everyone that saw it of the multitude of prayers that it represents.

“When people see the Flame, I hope they will remember that it contains our prayers for the souls of the victims and our wishes for reconstruction,” she said.

India will be playing its largest-ever contingent this year, with 54 athletes—up from 19 in the 2016 Games—participating across nine sporting disciplines. Some of the Indian athletes in action will be Sumit Antil and Sandeep Chaudhary for javelin; Manish Narwal (10m air pistol), Singhraj (10m air pistol), and Avani Lekhara (10m air rifle, 50m air rifle) for shooting and Mariyappan Thangavelu at the high jump event.

Mariyappan will also be the flag bearer for the Indian team.

Badminton will make its debut at the Tokyo 2020 Summer Paralympic Games, which will feature as many as five shuttlers in the men’s category—Pramod Bhagat, Manoj Sarkar, Tarun Dhillon, Suhas Yathiraj, and Krishna Nagar—alongside the women’s doubles pairing of Parul Parmar and Palak Kohli.

In the 2016 Rio Olympics, 19 Indian para-athletes were featured in the showpiece event across five sports clinching two Gold, one Silver, and one Bronze medal.