Getting a minimum amount of physical activity may reduce long-term mortality from any cause in stroke survivors.
By Zenger News Desk August 13, 2021
Facebook
Twitter
Linkedin
Email 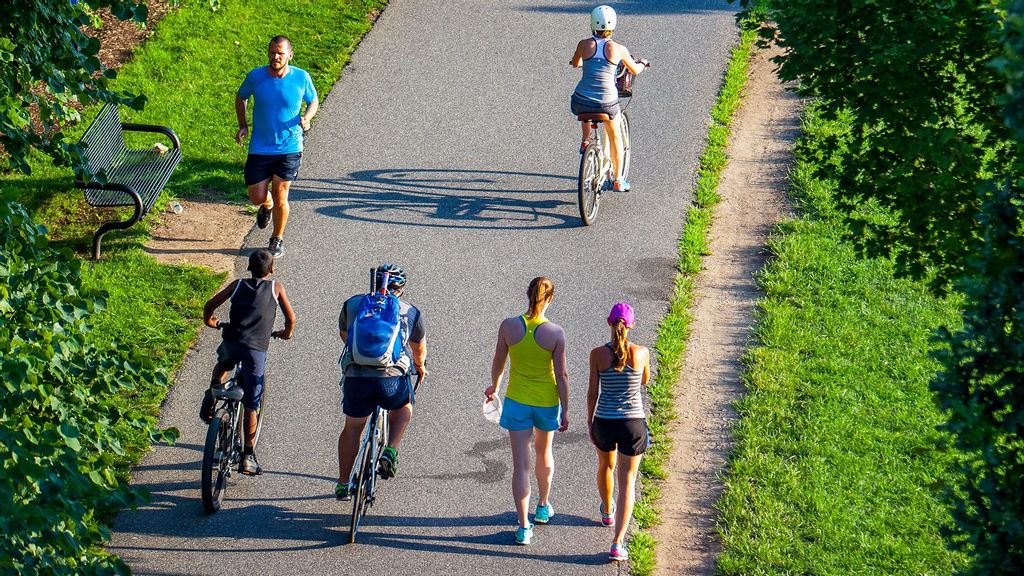 (Representative image) A new study has shown that people who walk at least three to four hours per week, or bike at least two to three hours per week, or the equivalent after having a stroke may have a 54 percent lower risk of death from any cause. (James Lewis/Unsplash)

MINNEAPOLIS — A new study has shown that people who walk at least three to four hours per week or bike at least two to three hours per week, or the equivalent after having a stroke, may have a 54 percent lower risk of death from any cause.

The study’s findings, “Association Between Physical Activity and Mortality Among Community-Dwelling Stroke Survivors,” were published in the online issue of the medical journal “Neurology.”

The study found the most benefit for younger stroke survivors. When people under the age of 75 exercised at least that amount, their risk of death was reduced by 80 percent.

“A better understanding of the role of physical activity in the health of people who survive stroke is needed to design better exercise therapies and public health campaigns, so we can help these individuals live longer,” said Raed A. Joundi study author, M.D., D.Phil., at the University of Calgary in Canada and a member of the American Academy of Neurology.

“Our results are exciting because just three to four hours a week of walking was associated with big reductions in mortality, and that may be attainable for many community members with prior stroke.”

“In addition, we found people achieved even greater benefit with walking six to seven hours per week. These results might have implications for guidelines for stroke survivors in the future.”

Average weekly physical activity was evaluated from questions about activities such as walking, running, gardening, weight training, bicycling, and swimming.

For example, people were asked, “In the past three months, how many times did you walk for exercise? About how much time did you spend on each occasion?”

Researchers used the frequency and duration of each type of physical activity to calculate the amount of exercise. Researchers followed participants for an average of about four and a half years.

In the stroke group, 15 percent of the people who exercised at least the equivalent of three to four hours of walking each week died during follow-up, compared to 33 percent, who did not exercise that minimum amount.

In the group of people who had never had strokes, four percent of the people who exercised that amount died, compared to eight percent who did not.

Researchers found the most significant reduction in the death rate among people who had a previous stroke but were under 75 years of age.

Eleven percent of those who exercised at least the minimum amount died in that group, compared to 29 percent who did not.

People with the previous stroke who were under 75 years of age and met the minimum level of physical activity were about 80 percent less likely to die during study follow-up than those who did not.

People over 75 years of age who exercised the minimum experienced less benefit but were still 32 percent less likely to die.

“Our results suggest that getting a minimum amount of physical activity may reduce long-term mortality from any cause in stroke survivors,” said Joundi.

“We should particularly emphasize this to stroke survivors who are younger in age, as they may gain the greatest health benefits from walking just thirty minutes each day.”

A limitation of the study is that people may not have accurately reported their amount of exercise.

«Previous Post
Sara Ali Khan Teams Up With NGO To Help Covid-19 Orphans»Next Post
Dissimilar Students Can Become Friends By Being Assigned To Sit Together: Study