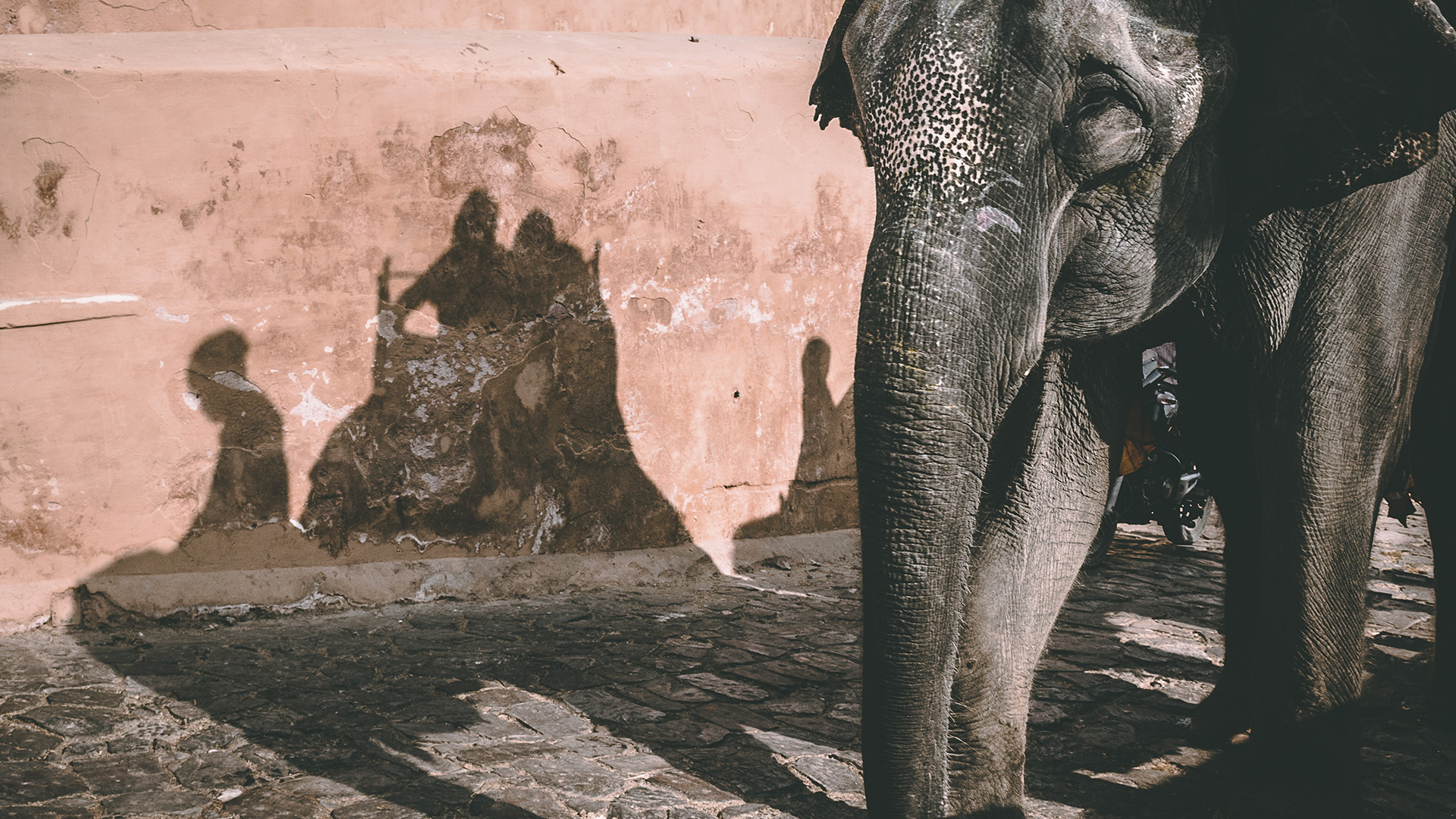 Elephants are used to give rides to tourists at Amer Fort. (Frank Holleman/Unsplash)

This day was launched on Aug. 12, 2012, to bring attention to the urgent plight of Asian and African Elephants. As per the wildlife activists, elephant numbers have reportedly declined by 62 percent over the last decade.

Some say they could be mostly exterminated by the end of the next decade if urgent protective actions are estimates not undertaken.

These elephants suffer from a host of maladies and illnesses caused due to their incarceration in captivity in a state that is not a natural elephant range state.

Therefore, to monitor the condition of the elephants at Amer Fort in Jaipur in March 2020, in compliance with the directions of the Honorable Supreme Court, a team of veterinary doctors was constituted by the  Ministry of Environment, Forest & Climate Change  (MoEFCC) to look into the conditions of captive elephants in Jaipur (the pink city).

Breaking an elephant takes no more than a week. But the trauma, the elephant feels after being broken can last a lifetime. If you love elephants, don’t go for their rides.
Act Now: https://t.co/1lbHF0bl4E#WorldElephantDay2021 #NoPrideInElephantRide #Elephants #EndWildlifeTrade pic.twitter.com/eSfaoEqR1B

The team, along with  Rajasthan Forest Department, visited the elephants in Haathi Gaon (Elephant Village) and Amer Fort. During the three days of health investigation from July 23-25, 2020, 98 captive elephants were inspected.

The inspection team said that the elephant rides at Amer Fort may be withdrawn and switched over to other modes of transportation like electric or battery-operated vehicles in a phased manner.

“The declining trend of tourists on elephant rides and aging animals are indicators for changes,” the inspection team said.

“The owners of the elephants also may be rehabilitated suitably in such situations. The new addition of elephants for rides should be completely banned. “

“We welcome the decision of retiring twenty sick elephants from rides at Amer Fort.”

World Animal Protection wholeheartedly welcomes this study of MoEFCC and all associated organizations and the subsequent directive of the forest department of Rajasthan to remove twenty sick elephants from rides in Amer Fort in February 2021.

Elephants have been revered in Indian history and culture for centuries. Ironically, this same culture has seen the capture and taming of these gentle and noble creatures for millennia, ”said Gajender K Sharma, Country Director of World Animal Protection in India.

“They are currently suffering during the process of offering rides in Amer Fort in Jaipur in Rajasthan.”

“World Animal Protection is prepared to facilitate the retirement of captive elephants at Amer Fort in Jaipur to elephant rehabilitation centers. This will enable the National Heritage Animal to live in peace after a lifetime of abuse and where the current mahouts might obtain alternative livelihoods, ”Sharma said.

“After the coronavirus epidemic, our motto is travel back better, which means an end to elephant rides and a shift to more wildlife-friendly venues in the future.”