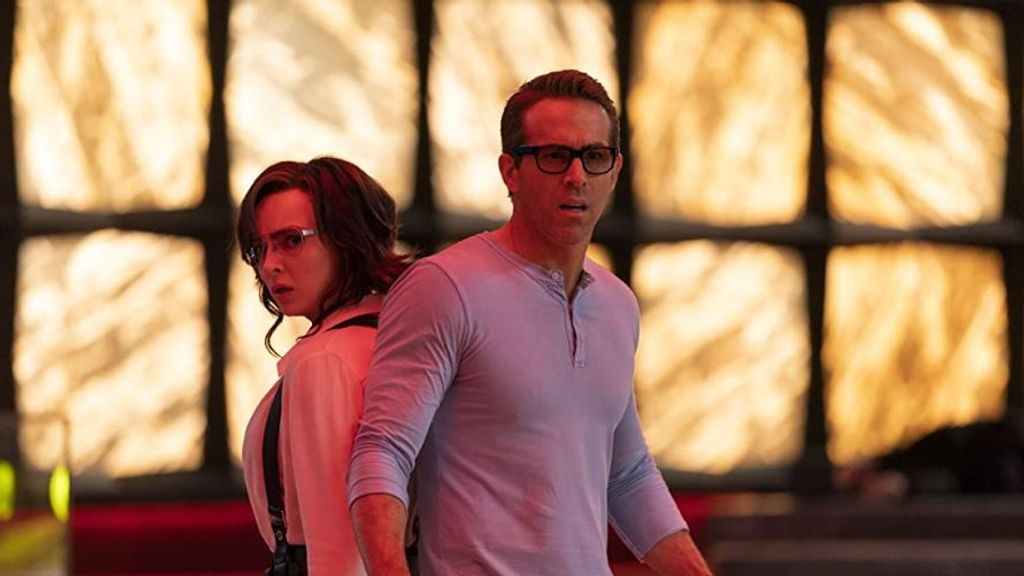 If you want to know how rough it’s been for movies in the COVID-era, look no further than 20th Century Studios‘ “Free Guy.”

This movie has been in development for so long, its studio was bought out by Disney before production could even begin. Then, when the film was finally finished, a global pandemic caused its release to be delayed by over 13 months before finally sticking to a confirmed release date.

It may feel like you have been anticipating this film forever, because you probably have been. The studio had every intention of turning the latest film starring Ryan Reynolds into a summer blockbuster, but as this summer has shown, 2021 will go down as the year that 2020 films go to die — and “Free Guy” is sadly no different from the rest.

The Story: The film begins in the open-world video game Free City. Our protagonist, named Guy (Reynolds), is a Non Player Character (NPC) working as a bank teller. Guy’s daily routine involves eating cereal, drinking coffee and being robbed at his job until he wakes up (or dies) and tries again.

Guy’s world changes in a big way when meets Molotov Girl, the avatar of program developer Millie (Jodie Comer). Millie is responsible, along with her former partner and Keys (Joe Keery), for creating the software code that runs Free City. The problem is her idea was stolen by the publisher Antwan (Taika Waititi), who took the idea to make a massive amount of money from the game.

Once meeting Millie, Guy becomes aware his world is a video game and takes steps to make himself the hero, thus becoming a superstar in the video game world. Millie sees an opportunity to expose Antwan while Antwan fights to reclaim his video game from a rogue NPC.

Bright Spots: In what may be a surprise to most, Reynolds is not the best thing about his own film. The story is carried by Comer and Keery. Comer is a screen stealer in the film and her chemistry with Keery makes him the perfect supporting character. The romantic subplot between the two is the only aspect of the film that feels somewhat genuine. Unfortunately, it doesn’t get enough time and only serves as background noise to Reynolds’ hijinks.

Reynolds doesn’t change much from what you have already seen. While that isn’t necessarily a bad thing, his comedic shtick is what sells the tickets. If you are a fan, you will get more of what you already like. The best bits of the film are also its biggest flaw: the only memorable moments in “Free Guy” come from references to other intellectual properties, but that one-trick pony gets real old, real fast.

Weak Spots: Like most of Reynolds’ films, this one fails at humor because it attempts to be “Hollywood funny.” Screenwriter Matt Lieberman doesn’t have many notable credits on his resume, and this movie won’t be much of an addition.

The film finds its laughs in two ways: mockery and references. Neither one works in the final product. For a film that is supposed to be relatable to gamers, the script seems to have an odd contempt for them and the industry they enjoy. The characters speak like no gamers you know in real life; instead they are caricatures of how Hollywood producers think gamers talk and act.

When they aren’t rehashing the trope of the gamer who yells at his mother while living in her basement, they throw in cameos of popular Twitch streamers such as Pokimane and DanTDM, who most zoomers know but don’t actually watch.

Waititi is the film’s antagonist, and much like his other movies, he is far less funny than he thinks. The character of Antwan is Pauly Shore-level cringe in his mannerisms and dialogue. It’s like the film is begging you to laugh with him while being as funny as a car wreck.

Not only is the plot convoluted beyond belief but Lieberman’s script attempts to sneak in some woke social commentary in the most sanctimonious ways imaginable. Outside of cameos and IP references, “Free Guy” offers viewers nothing more than a premise that should have been given to a more competent filmmaker.

The Takeaway: This film that could have been so much better in the right creative hands, but it drops the ball on a potential gold mine by turning it into another soulless and smug Hollywood venture.

See or Skip: “Free Guy” doesn’t live up to the year’s worth of hype; there isn’t anything here that wasn’t done 100 times better in films such as “Ready Player One,” which is far more respectful to gamers.