The original host, Alex Trebek, passed away in November 2020 due to pancreatic cancer at the age of 80. 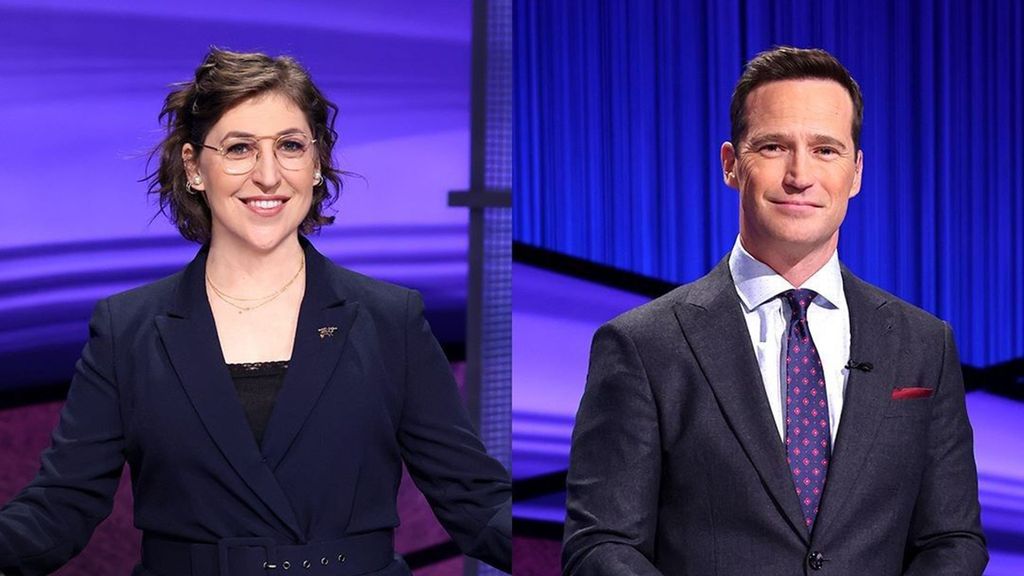 WASHINGTON — After a long search for a replacement for the late Alex Trebek, Sony Pictures Television recently announced Mike Richards and Mayim Bialik as new hosts for the American television game show “Jeopardy!.”

Richards will assume the position of full-time host of the show’s daily syndicated program starting with season 38, and Bialik will host the primetime and spinoff series of “Jeopardy!” including “Jeopardy! National College Championship” that is set to air on ABC next year, as per reports.

Richards will also continue to fulfill his current job as executive producer of both “Jeopardy!” and “Wheel of Fortune,” and “Jeopardy! The Greatest of All Time” winner Ken Jennings will return as consulting producer for the popular quiz show.

Speaking about joining the show as the host, Richards said he is deeply humbled to work in it.

“I am deeply honored to have the opportunity to host the syndicated version of ‘Jeopardy!’” he said.

“Never in my wildest dreams could I have imagined being chosen to step into a role of this magnitude. I am incredibly humbled to step behind the lectern and will work tirelessly to make sure our brilliant contestants shine in each and every episode (sic).”

He then took a moment to honor Trebek.

“Alex believed the game itself and the contestants are the most important aspects of the show,” he said.

“I was fortunate to witness his professionalism, intensity, and kindness up close, and that will serve as the ultimate blueprint as we continue to produce the show we love.”

Richards further expressed his enthusiasm for having Bialik sign-on and said, “Her academic track record and enthusiasm for the game made her a terrific guest host. It will be a privilege to produce the primetime series with her as host.”

As for “The Big Bang Theory” star, Bialik said she “couldn’t be more thrilled to join the ‘Jeopardy!’ family.”

“What started out with my 15-year-old repeating a rumor from Instagram that I should guest host the show has turned into one of the most exciting and surreal opportunities of my life!” she said.

“I’m so grateful and excited to continue to work with Mike Richards, and I’m just over the moon to join forces with him and Sony. After all the conversations we’ve had about this partnership, I am just so ready to get started!”

The show began searching for its new host after Trebek’s death in November 2020, who passed away due to pancreatic cancer at the age of 80.

Richards hosted the show between the last week of February and the first week of March in 2021, and Bialik performed the duties at the end of May and early June 2021.

“We took this decision incredibly seriously. A tremendous amount of work and deliberation has gone into it, perhaps more than has ever gone into the selection of hosts for a show — deservedly so because it’s ‘Jeopardy!’ and we are following the incomparable Alex Trebek,” said Ravi Ahuja, Chairman of Global Television Studios and Corporate Development for Sony Pictures.

“A senior group of Sony Pictures Television executives pored over footage from every episode, reviewed research from multiple panels and focus groups, and got valuable input from our key partners and ‘Jeopardy!’ viewers.”

Ahuja also said that the team “knew early on” it wanted to “divide the hosting responsibilities,” noting “it became very clear that Mike and Mayim were the undeniable choices.”

“They were both at the top of our research and analysis,” he said.

“Mike is a unique talent, at ease behind the podium and a double threat as producer and host. Mayim has wonderful energy, an innate sense of the game, and an authentic curiosity that naturally represents the ‘Jeopardy!’ brand. We are excited to get to work with them both and are confident that they will carry on the legacy of this iconic show.”

Earlier, as speculation over who the new host would be continued to spread, Richards’ involvement in a discrimination lawsuit resurfaced. It was reported that a former “Price Is Right” model received more than $7.7 million in punitive damages in 2012 after a jury determined she was discriminated against because of her pregnancy.

Richards, who was an executive producer on “The Price Is Right” for more than a decade, denied allegations of mistreatment during the trial, as per reports.

Producing company Fremantle Media appealed the verdict. An appeals court then ruled there was sufficient evidence for a second trial, and the case was later settled, as per reports.

Richards addressed the claims in an email sent to “Jeopardy!” employees that a media organization obtained.

“These were allegations made in employment disputes against the show,” he said.

“During my tenure, our female cast members welcomed seven beautiful children. We embraced and celebrated each pregnancy and birth both in front of and behind the camera. It was a joy to watch their families grow and highlight their happiness as part of the show.”