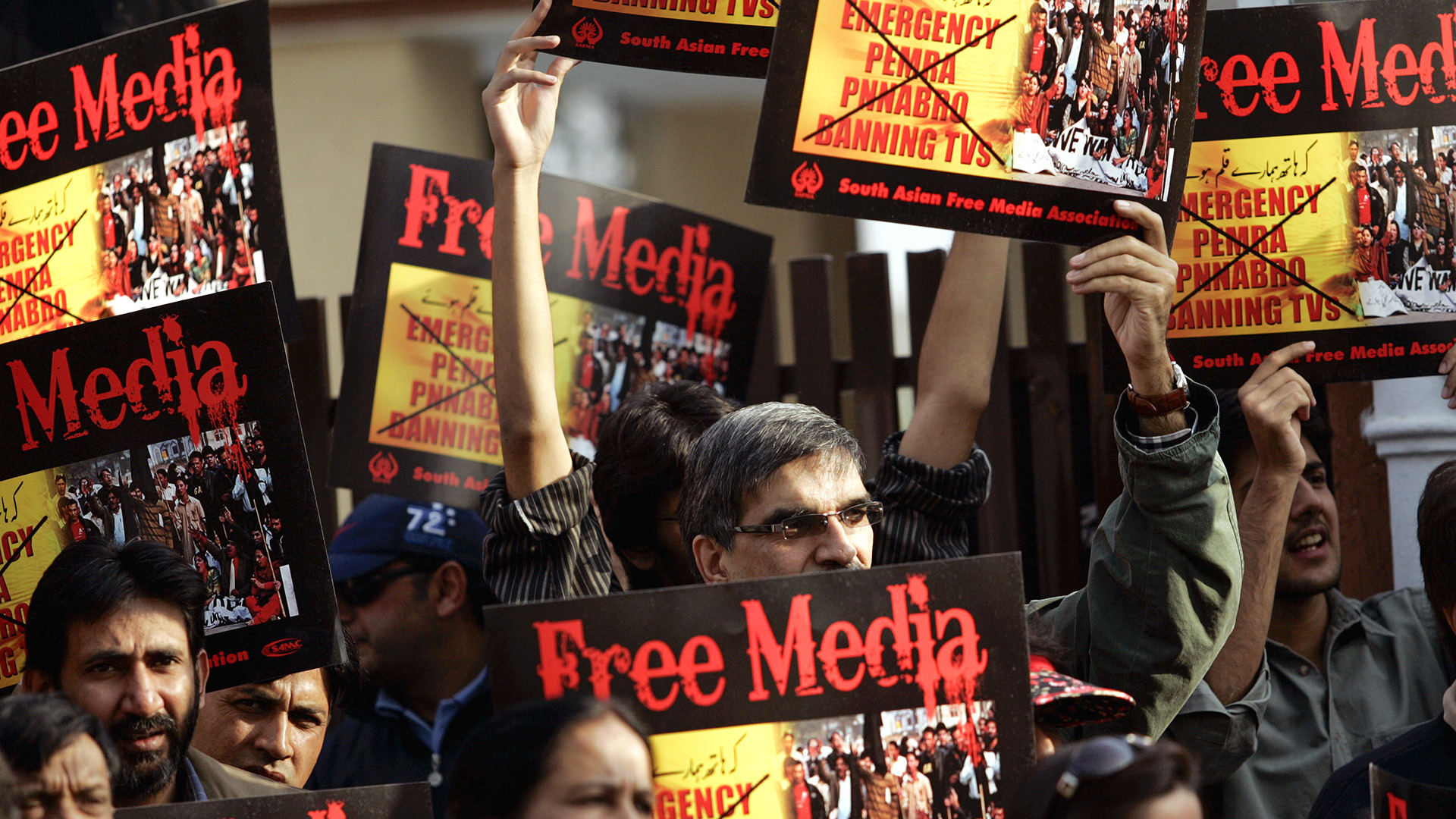 ISLAMABAD — The Pakistan Media Development Authority bill, which proposes the creation of a centralized media regulatory authority, has been rejected as “Draconian” by the media organizations of Pakistan.

Through a joint statement issued, various media bodies of the country reported that the organizations have criticized the law and described the move as a step towards imposing state control over all segments of media through the creation of a single over-centralized body.

In a letter issued on Aug. 11, All Pakistan Newspapers Society called the proposed Pakistan Media Development Authority “unconstitutional and Draconian law against the freedom of press and expression.”

“The Pakistan Media Development Authority appeared to be aimed at subjugating freedom of expression and the press,” said the statement.

“The law is an attempt to tighten the federal government’s control over the media from one platform but ignores the fact that print, electronic and social media are separate entities with their own defined features.”

The move to control all types of media organizations through one body indicates an authoritarian streak, which should have no place in a democratically elected dispensation.

The representative organizations of the media industry urged members of the National Assembly and Senate Standing Committee on Information to reject the proposed body altogether, said the joint statement.

As per the government’s proposal, the Pakistan Media Development Authority will solely be responsible for regulating print, broadcast, and digital media.

Meanwhile, the freedom of the press in Pakistan is at risk. In June 2021, three international rights groups voiced grave concern at the recent attacks on journalists in Pakistan and mounting pressure on scribes critical of the Imran Khan-led government.

The European Union also raised concerns over violence, intimidation, abduction, and killing journalists in Pakistan. It said it indicated a “clear, negative trend” in media freedom in recent years.

In June 2021, an Islamabad-based journalist Asad Ali Toor, known for criticism of the country’s establishment, was attacked in Pakistan’s capital. The attackers broke into his house and attacked him brutally.

In 2021, the authorities had charged Toor with sedition for comments on social media “maligning state institutions.” A court later dismissed the charges.

In a ‘White Paper on Global Journalism, the International Federation of Journalists listed five countries, including Pakistan, as the ‘Most Dangerous Countries for Practice of Journalism in the World’ with 138 journalists being killed in Pakistan since 1990.

The significant stakeholders believe that the Pakistan Media Development Authority is an attempt to tighten Federal Government control over the media from one platform and ignores the fact that print, electronic and social media are separate entities, each with their own defined features, the letter stated.

“The move to bring [them] under state control smacks of an authoritarian streak that should have no place in the democratically elected dispensation,” the letter reads.

It further states that the media group demands a Senate and National Assembly on Information meeting where the Pakistan Media Development Authority could be rejected entirely.

Earlier in June, several Pakistani media stakeholders had described the concept as unconstitutional and against freedom of press and expression and a step towards imposing state control to regulate all media segments.

“The concept is an attempt to tighten federal government hold over the media through one Draconian authority ignoring the fact that print, digital and electronic media are separate entities each with their own defined features and respective regulatory laws,” said Tanvir A. Tahir, executive director of All Pakistan Newspapers Society.