The items bought at a flea market were sent to an Iceland museum because no one in the owner’s family wanted them. 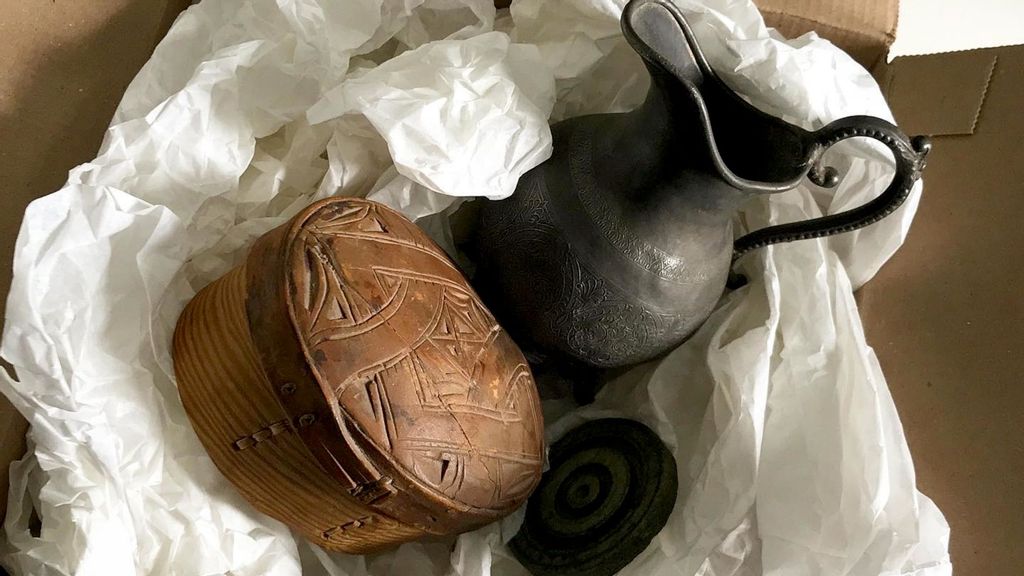 A surprise package arrived at a museum in Iceland last week, much to the delight of staff.

Artifacts stolen in 1970 arrived in the mail without a note, only the sender’s name and address in Germany, according to a press release from the museum. (The sender’s name was not revealed.)

Inside the mystery package, staff at the Skagfjörður Heritage Museum in Glaumbaer were stunned to find a cream jug, a backgammon board piece made of whalebone and an old butter box. There was no letter of explanation about why the objects were returned.

“The staff did not know what to think, but started discussing how familiar the cream jug was, and after searching our database, we found that it used to belong to a set in the same style, along with a sugar bowl and a coffee pot,” museum project manager Inga Katrín D. Magnúsdóttir said in a statement.

“A note written in the file belonging to the cream jug says that it disappeared from the museum on 23rd July 1970.

“The butter container (little wooden box) had a number on the back, and we also found it in our files. The information says that the lid was cracked, the bottom was loose, and the seams were coming undone, but these exact things had been glued and mended on the box we received, so it was in a good condition.

“The backgammon piece is made from a green-colored piece of whalebone and identical to others we have here at the museum.”

Since the outer package showed the sender’s name and address, the staff decided to try and contact him, Magnúsdóttir said.

“First, the plan was to write to him, but then a staff member at the museum managed to find his phone number from the German phone registry.”

The museum staffers called the man and thanked him for the package. They also asked him for further information about the items.

Magnúsdóttir said he answered their questions and explained he found the items at a flea market many years ago, and they were marked with information saying they came from the museum.

“He claimed that he was now aging and his family did not want to keep the items, so he decided to send them back,” she said.

“Our conclusion is that most likely the three items were stolen from the museum at the same time in 1970,” Magnúsdóttir said.

“We don’t know their journey since then, but they have now been returned to us after half a century in great condition, for which we are very grateful.”