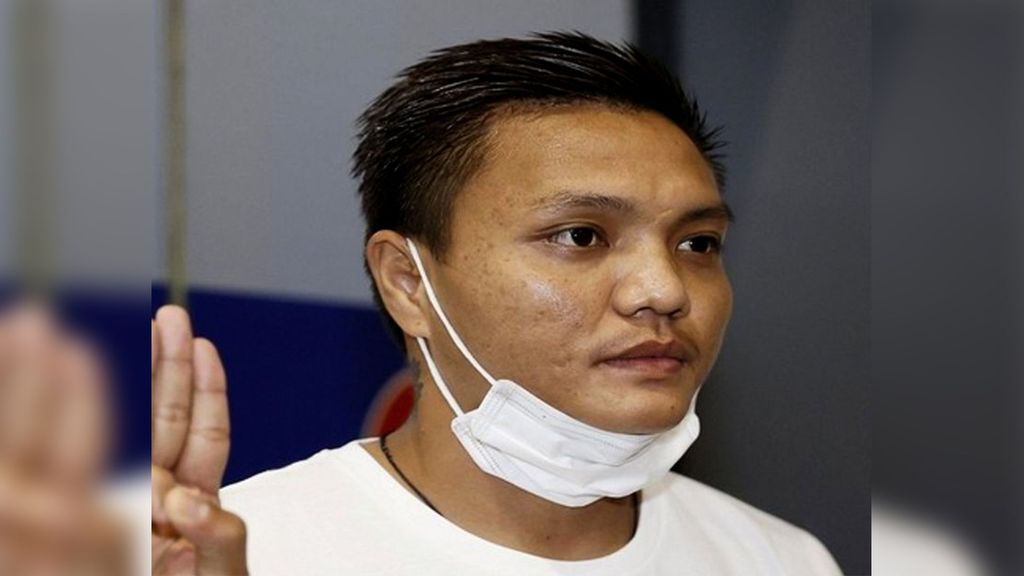 Japan will be granting asylum status to renegade Myanmar football player Pyae Lyan Aung, who refused to go back to Myanmar following the World Cup qualifier in Japan next week. (ANI Image)

TOKYO — Renegade football player of Myanmar Pyae Lyan Aung will be granted asylum status by Japan, who refused to go back to Myanmar following the World Cup qualifier in Japan next week.

He is a Burmese professional footballer who plays as a goalkeeper for the Myanmar national football team and Yadanarbon F.C.

The decision was undertaken by the Japanese Immigration Services Agency that the athlete will be granted refugee status under the United Nations Refugee Convention as his return to Myanmar poses a threat to his life.

During a world cup qualifying match between Myanmar and Japan in the city of Chiba near Tokyo on May 28, Aung raised a three-finger salute in protest against the military coup in Myanmar, an action he said may have grave consequences for his life if he returns home.

The goalkeeper requested to stay in Japan at Kansai airport on June 16, when his team was scheduled to depart.

“I am relieved. I hope I will be granted refugee status,” said Aung.

The 27-year-old was granted a “designated activities” visa permitting him to stay and work in the country for six months, based on an emergency measure of the government to stop Myanmar residents in Japan from being deported.

Japanese immigration authorities had said the office would promptly process his application as he would most likely face persecution by the military if he returns to his home country.

On Feb. 1, the Myanmar military overthrew the civilian government and declared a year-long emergency, which was extended until August 2023.

The footballer has also filed a request to switch his visa status to a foreigner allowed to engage in “designated activities,” which permits him to stay and work in the country for six months.

The lawyer said multiple companies have already made contact, telling him they are interested in hiring him.

“What I want to do most is playing soccer as a professional. However, it would be difficult for me to do other (short-term) jobs because of language barriers,” said Aung.

Tens and thousands of people marched through Yangon, the largest city in Myanmar, and converged on Hledan township on Feb. 7 to protest the military rule and demanded the release of the country’s elected leader Aung San Suu Kyi.

Suu Kyi, a Nobel peace laureate, along with President Win Myint and dozens of other leaders in their National League for Democracy, was detained in pre-dawn raids on Feb. 1.

Under Myanmar’s constitution, the military is guaranteed 25 percent of all seats in parliament. The armed forces also get to appoint the heads of key ministries and one of two vice presidents.

The United States, Australia, the European Union, and the United Nations were among those to immediately condemn the coup and urge the military to release all the detainees and accept the election results.

“The United States opposes any attempt to alter the outcome of recent elections or impede Myanmar’s democratic transition and will take action against those responsible if these steps are not reversed. We continue to affirm our strong support for Burma’s democratic institutions and, in coordination with our regional partners, urge the military and all other parties to adhere to democratic norms and the rule of law and to release those detained today,” said the White House in a statement.

Meanwhile, the Justice Ministry said it would allow Myanmar residents to remain in Japan to extend their stays as an emergency move. The measure also covers people from Myanmar seeking refugee status in Japan.

As of Aug.10, 965 people are killed, with 7135 total arrested since the coup. 5535 people are currently detained/sentenced 1984 evading arrest warrant as per reports of Assistance Association for Political Prisoners, a rights group that keeps track of political prisoners in Myanmar.