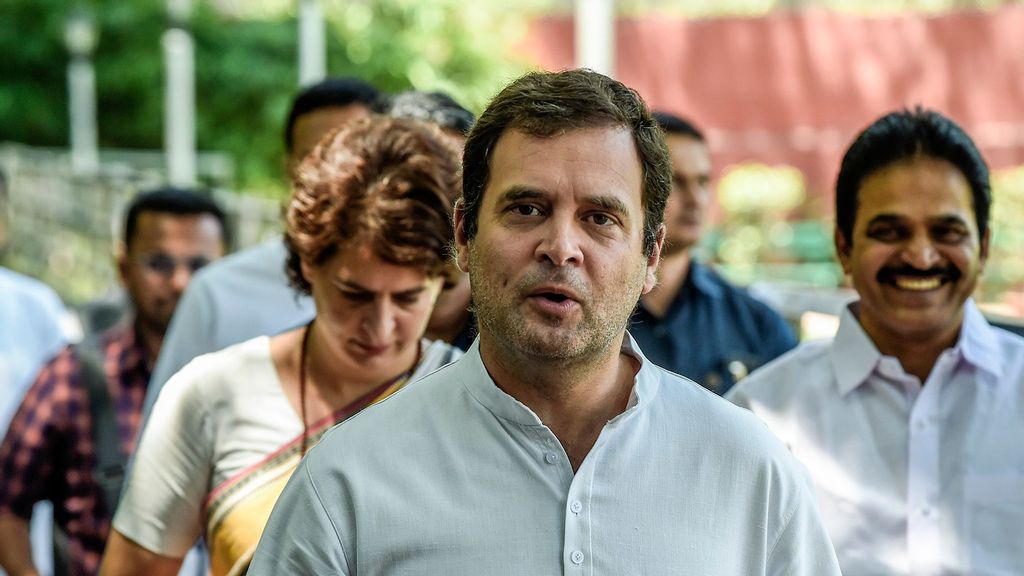 After blocking the official accounts of Congress leader Rahul Gandhi and other senior party leaders, Twitter has also blocked the official handle of the Indian National Congress (INC) for violating rules of the microblogging site. (Atul Loke/Getty Images)

Twitter has suspended the accounts of prominent party members, including K.C. Venugopal, Ajay Maken, Manickam Tagore, among others.

“Twitter India has locked the official handle of the main opposition party  — an unprecedented attack on the rising voice of the people,” Indian National Congress said in a statement.

“Twitter is closed, but other social media platforms of Indian National Congress are fully active and disseminating all necessary information and content,” the official statement said.

Clarifying its position on the blocking of accounts of the Indian National Congress party and several of its leaders, Twitter on Aug. 12 said its rules are enforced judiciously and impartially for everyone on its service.

A Twitter spokesperson said the microblogging site would continue to take proactive action if its rules are violated.

“We have taken proactive action on several hundred Tweets that posted an image that violated our Rules and may continue to do so in line with our range of enforcement options,” media reports citing the spokesperson said.

“Certain types of private information carry higher risks than others, and our aim is always to protect individuals’ privacy and safety. We strongly encourage everyone on the service to familiarize themselves with the Twitter Rules and report anything they believe is in violation.”

Indian National Congress leader Rahul Gandhi’s Twitter account was temporarily suspended after his tweet revealed the identity of the relatives of a rape and murder victim in Delhi. The victim was a minor.

“This is an attack on the democratic structure of the country,” said Gandhi in a video that was uploaded on the official YouTube channel of the Indian National Congress.

After blocking the official accounts of Congress leader Rahul Gandhi and other senior party leaders, Twitter has also blocked the official handle of the Indian National Congress (INC) for violating the rules of the microblogging site.

“We strongly condemn the blocking of the accounts of @INCIndia and senior leaders of the Congress party,” tweeted Member of Parliament Derek O’Brien.

Reacting to the development, Social Media Head of All India Congress Committee (AICC) Rohan Gupta said that nothing would deter the party from raising the people’s voice.

While acting under the government’s pressure, Gupta alleged that Twitter had blocked accounts of more than 5,000 party leaders and workers across India.

“Twitter is acting under the government’s pressure. If it is a violation of Twitter policy, then why the photo of the [victim’s] family was there on the Scheduled Caste commission handle from Aug. 2 to Aug. 5.”