India is supporting all peace initiatives of Afghanistan and the primary concern is peace and stability in that country. 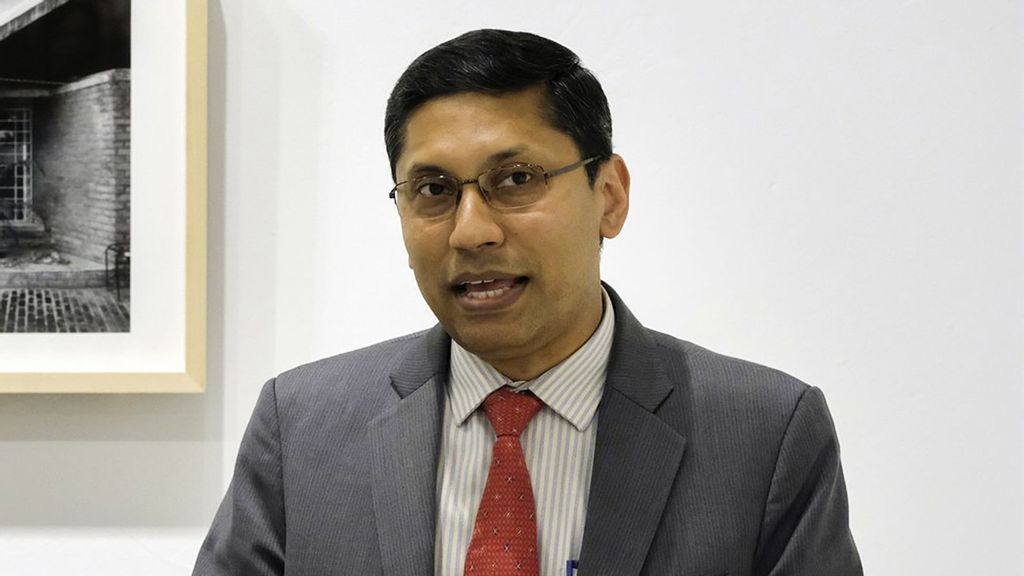 Ministry of External Affairs spokesperson Arindam Bagchi on Thursday said India continues to hope that there will be an immediate and comprehensive ceasefire between the Afghanistan government and Taliban. (Arindam Bagchi, @abagchimea/Twitter)

NEW DELHI — India continues to hope for an immediate and comprehensive ceasefire between the Afghan government and the Taliban, India’s Ministry of External Affairs spokesperson Arindam Bagchi said on Aug. 12.

India is supporting all peace initiatives of Afghanistan, and the primary concern is peace and stability in that country, said Bagchi.

“It is a rapidly evolving situation. We continue to hope that there will be an immediate and comprehensive ceasefire. We are supporting all peace initiatives of Afghanistan. The primary concern is peace and stability in that country.”

Asked about the discussions with the Taliban, Bagchi said: “We are in touch with all stakeholders, various stakeholders. I would not like to say anything further. “We want to ceasefire and want peace refund in the region.”

“We had issued an advisory for Indian nationals to leave Afghanistan for India through commercial means. There is no formal evacuation mechanism.”

The Indian Consulate in Mazar-i-Sharif—the capital of the Balkh province northwest of Kabul—had withdrawn all India-based personnel earlier this week as a temporary measure. However, Bagchi said that the Consulate continues to be operational with “locally recruited staff.”

Asked about media reports indicating that the Taliban has captured helicopters gifted by India, Bagchi said: “It is now an internal matter for Afghanistan since it is not an Indian Air Force helicopter. It is now an Afghan helicopter.”

Bagchi said the international community was well aware of Pakistan’s political position, responding to a question about the country’s continued support to the Taliban with regards to the escalating situation.

Afghanistan has witnessed a surge in violence as the Taliban has intensified their offensive against civilians and Afghan security forces with the complete retreat of the United States and the North Atlantic Treaty Organization’s forces just a few weeks away.

“The Islamic fundamentalist group ruled Afghanistan from 1996 until the U.S.-led invasion in 2001,” states the Council on Foreign Relations report.

“Since then, it has waged an insurgency against the U.S.-backed government in Kabul. Experts say the Taliban is stronger now than at any point since 2001. It launched an offensive amid the U.S. troop withdrawal and, by summer 2021, controlled over half of Afghanistan’s districts.”

The American intelligence assessments of the situation had previously underestimated dark-horse Taliban’s dominance over the region. Recent intelligence suggests that given the Taliban’s recent territorial gains, it could isolate Kabul in 30 days and possibly take complete control within 90 days.

So far, the Taliban has captured two cities, including Ghazni, increasingly taking over Afghanistan’s North, which the United Nations-designated terrorist organization never previously had any sway over. It has seized all government agencies in the cities beside airports in two cities in the North and one in the west.