After 13 people got killed in a bus blast at the Dasu, the Chinese firm is still reluctant to resume work. 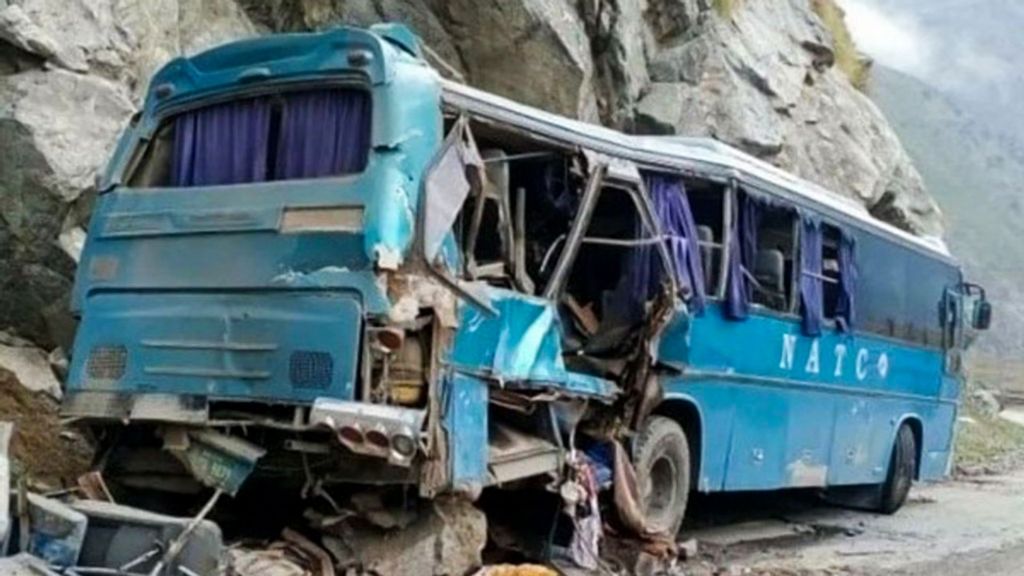 Visual of the bus involved in the accident in Pakistan. After 13 people were killed in a bus blast at the Dasu Hydropower Project, including nine Chinese nationals on July 13, the Chinese firm is still reluctant to resume work. (ANI Image)

MANSEHRA, Pakistan — The Chinese firm responsible for constructing the Dasu Hydropower Project is still reluctant to resume work after 13 people were killed in a bus blast at the site, including nine Chinese nationals on July 13.

The decision came after the inconclusive talks between Pakistan’s Water and Power Development Authority and China’s Gezhouba Group Company on the resumption of work on the Dasu hydropower project.

Work on the World Bank-funded energy project came to a halt after the bus blast. Beijing also stepped in to probe this bus attack. The Chinese forces were allowed to investigate this matter despite the Imran Khan government repeatedly saying it would not allow foreign security on its land.

“The parleys, which were postponed last week, were held in the presence of Chinese ambassador Nong Rong, but the Chinese company continued to be reluctant to resume work on the project for security and other reasons,” said a member of the Pakistani negotiators.

He, however, said the two sides decided to hold another round of talks to ensure early resumption of work.

The source said the Water & Power Development Authority chairman informed the Chinese company’s representatives and ambassador about the deployment of the Pakistan Army’s troops in Upper and Lower Kohistan and Kolai-Palas districts.

He said the Pakistan Army’s brigades deployed in Kohistan district would escort Chinese nationals to work and respective camps via the Karakoram Highway, reported Dawn.

The source said both sides also discussed progress on the bus blast probe by the Chinese agencies and counter-terrorism department.

The source said the joint bus blast investigation by the military and civil agencies was almost complete and led to the collection of ‘important evidence’ of the culprits, reported Dawn.

Meanwhile, a World Bank team returned to Islamabad after a week-long visit to the Upper Kohistan district.

It held meetings about the Dasu power project with the Chinese company’s representatives and district administration and sought foolproof security for local and foreign workers.

Part of the China-Pakistan Economic Corridor built under Beijing’s Belt and Road Initiative, the Dasu Hydropower Project aims to connect western China to the Gwadar Seaport in southern Pakistan.

“Of 122 announced projects, a quarter (32 projects) have been completed, or roughly $20 billion of the estimated $87 billion in funding,” states a report by the Center for Strategic and International Studies.

“While this is a significant amount of activity, particularly in the transport and energy sectors, it also highlights a gap between projects announced and completed.”

In 2018 Road Traffic Accidents Deaths in Pakistan reached 30,046 or 2.42 percent of total deaths. The age-adjusted death rate is 17.12 per 100,000 of the population that ranks Pakistan at number 95 globally, as per the World Health Organization data.