The money would be provided through Breakthrough Energy, an organization that aims to reduce carbon emissions. 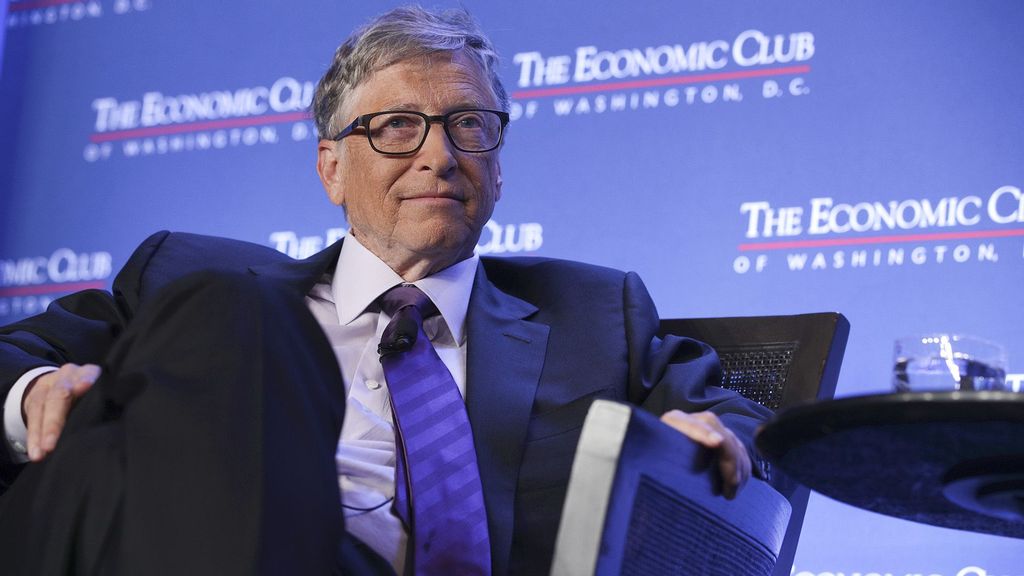 WASHINGTON — American billionaire Bill Gates will put up $1.5 billion in matching funds if the American Congress approves a public-private partnership program to develop technologies that combat climate change, the Microsoft co-founder said in an interview.

Gates said the money would be provided through Breakthrough Energy, an umbrella organization he founded that supports research by private companies to reduce greenhouse gases.

“Critical for all these climate technologies is to get the costs down and to be able to scale them up to a pretty gigantic level,” Gates said.

“You’ll never get that scale up unless the government’s coming in with the right policies, and the right policy is exactly what’s in that infrastructure bill.”

This week, a $1 trillion infrastructure bill approved by the Senate would earmark $25 billion for Energy Department demonstration projects funded through public-private partnerships. The bill is a part of more than $100 billion in the legislation to address climate change.

“This [infrastucture] bill is going to help make a historic recovery a long-term boom,” said US President Joseph R. Biden after the bill was passed.

“Folks, above all, this historic investment in infrastructure is what I believe you, the American people, want — what you’ve been asking for a long, long time. This bill shows that we can work together.”

The House has yet to approve the legislation.

“I know a lot of people — some sitting in the audience here — didn’t think this could happen. This bill was declared dead more often than — anyway. That bipartisanship was a thing of the past,” said Biden.

“From the time I announced my candidacy (inaudible) bringing the country together and doing things in a bipartisan way, it was characterized as a relic of an — an earlier age.”

Gates said that the pending infrastructure bill would fund the types of government policies needed to lower the costs of emerging climate technologies to be scaled up.

The Bill and Melinda Gates Foundation also recently announced to commit $10 billion for vaccines research, development, and delivery to the poorest country in the world.

“We must make this the decade of vaccines,” said Gates.

“Vaccines already save and improve millions of lives in developing countries. Innovation will make it possible to save more children than ever before.”

The foundation used a model developed by a consortium led by the Institute of International Programs at the Johns Hopkins Bloomberg School of Public Health to project the potential impact of vaccines on childhood deaths over the next ten years.

“Vaccines are a miracle — with just a few doses, they can prevent deadly diseases for a lifetime,” said Melinda Gates.

“We’ve made vaccines our number-one priority at the Gates Foundation because we’ve seen firsthand their incredible impact on children’s lives.”