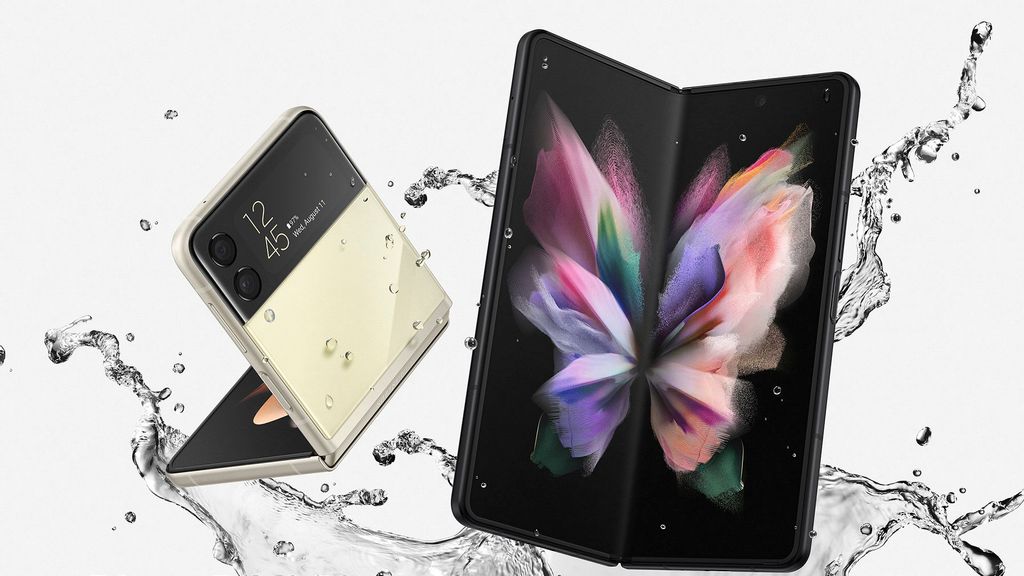 Samsung recently held its Galaxy Unpacked event, where it announced the next generation of its foldable devices, wearables, and earbuds. (Samsung)

SEOUL, South Korea — The South Korean tech giant Samsung, recently held its Galaxy Unpacked event, where it announced the next generation of its foldable devices, wearables, and earbuds.

Samsung finally launched its updated ‘Z’ lineup comprising the Galaxy Z Fold 3 and the Galaxy Z Flip 3. The company also unveiled the Galaxy Watch 4 and Samsung Galaxy Buds 2, as per a media report.

This foldable smartphone has some new tricks up its sleeve, including support for the S Pen, IPX8 water resistance, and an under-display selfie camera for the main screen. A Snapdragon 888 processor powers it.

The Z Fold 3 is also getting an experimental setting that will allow any app to be used in the phone’s multi-window mode, even if the developers haven’t designed the app for it. It will cost $1,799 and be available on Aug. 27.

The company also announced the Z Flip 3, which has the same processor and water-resistance as the Z Fold but comes in at a much lower price, starting at $1,000.

“For the new foldable series, we had a big mission: the durability, so that our customers can use the devices with peace of mind for everyday extended use,” said Won-Joon Choi, Executive Vice-President and Head of the Flagship Product R&D Team, Samsung Mobile Communications Business.

“To do that, we started from scratch in order to make the ‘impossible,’ ‘possible.’ Water resistance and increased durability are the key features we focused on for our new foldable devices so that users can take their devices with them anywhere with confidence, whether they are breaking a sweat at the gym or relaxing by the pool.”

Both watches have a new Exynos processor, but more importantly, they’re running a long-promised new OS — the product of Google and Samsung combining Wear OS and Tizen.

The watches also feature a wide range of health-related features, including sleep tracking. And if you were worried that a new OS and redesign would mean losing out on genuinely cool features from previous Galaxy watches, worry not. The Classic features the physical rotating bezel that’s been a staple for years.

“Now, we have equipped our new Galaxy Watch4 with our most advanced sensor technology ever in order to deliver our most comprehensive health experience yet.”

Samsung also announced the latest in its lineup of wireless earbuds, and they will be coming in some fun colors. The company also said that the Galaxy Buds 2 are the lightest in its lineup and include active noise cancellation.

The Galaxy Buds 2 cost $149.99 and will replace the Galaxy Buds Plus in the company’s lineup. The Buds 2 will be available on Aug. 27.

The new buds have a design similar to the more expensive Galaxy Buds Pro, only smaller. Also, like the Buds Pro, the Buds 2 have two-way drivers with a woofer and tweeter in each earbud that “deliver crisp, clear high notes and a deep bass.”

They set themselves apart from the older Buds Plus with the addition of active noise cancellation, and Samsung includes an ambient sound mode that lets you adjust how much outside noise is let through.