VIDEO: Seal Of Approval: 5 Ringed Seals Released Back Into The Wild In Russia

After being treated by an animal-welfare group, the once-malnourished animals return to Lake Ladoga. 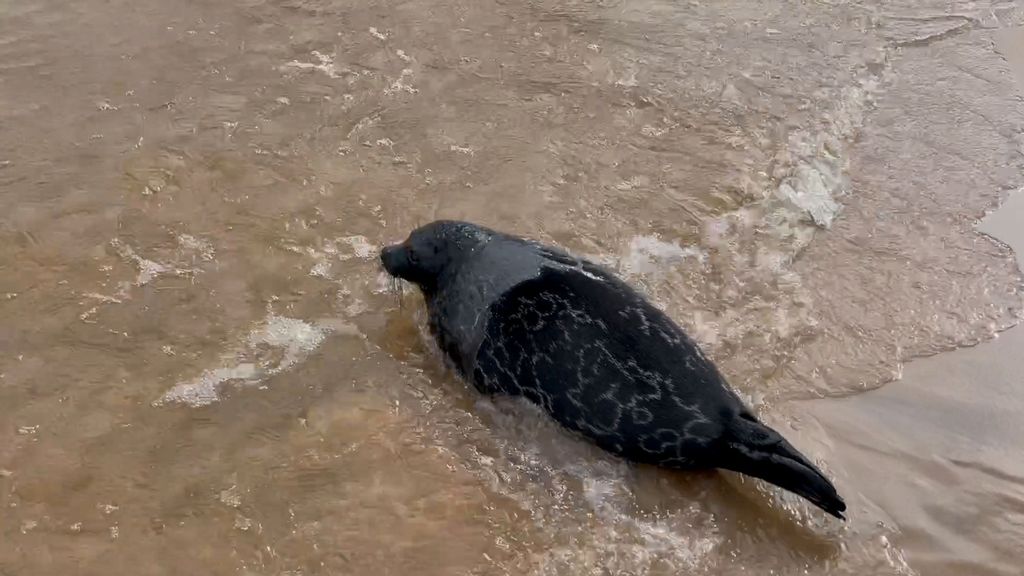 One of the five ringed seals released into Lake Ladoga after being rehabilitated at a Saint Petersburg, Russia, center for marine life. (@vodokanal.peterburg/Zenger)

Five seals are back in their natural habitat in Russia after being rescued and treated for malnutrition and other ailments and then released by conservationists on Aug. 9.

The ringed seals were released at Lake Ladoga near Saint Petersburg.

The four males and one female required urgent medical care, according to the Baltic Seal Friends Fund. The organization said the animals weighed around 44 pounds, except for the female. She was severely underweight at 9 pounds. By the time she was returned to the wild, however, she weighed 35 pounds.

“Taking into account that females are smaller than the others, her body proportions are now perfect,” the animal-welfare group said.

The seals are seen in a video in their animal boxes on the shoreline before rescue workers open the front and let them waddle into the water.

The Saint Petersburg group has been taking part in the rescue and rehabilitation of marine animals in the Baltic region since 2013.

The Centre for the Study and Conservation of Marine Mammals opened in the group’s facilities in September 2014.

Since launching, the animal group has rescued, treated and returned hundreds of seals and other marine animals to the sea.