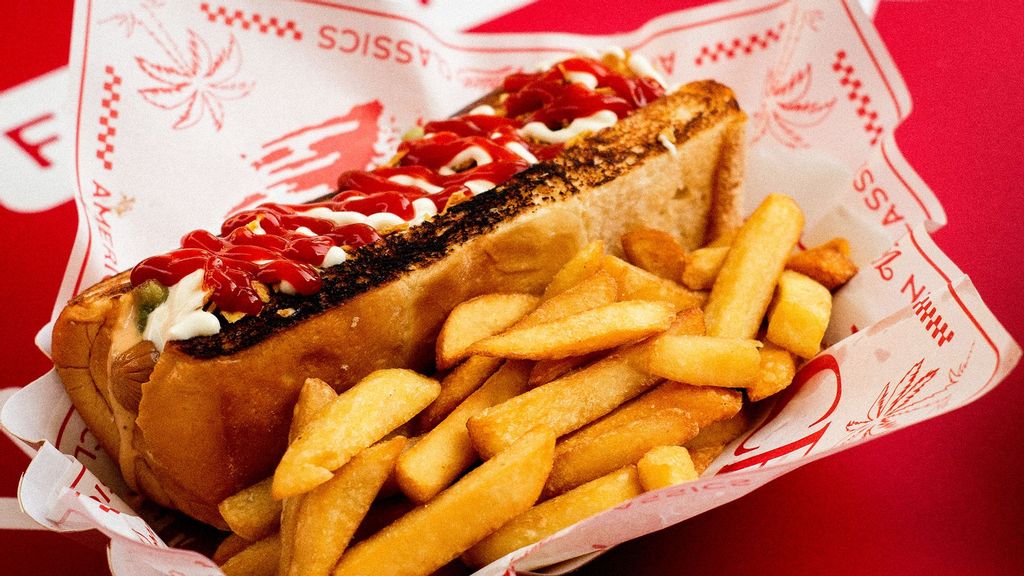 Ultra-processed foods have become a larger part of kids' and teens' diets, which may be associated with health risks, as per a new study from researchers at the Friedman School of Nutrition Science and Policy at Tufts University. (Diego Marín/Unsplash)

CAMBRIDGE, Mass. — Ultra-processed foods have become a larger part of kids’ and teens’ diets, which may be associated with health risks, as per a new study from researchers at the Friedman School of Nutrition Science and Policy at Tufts University.

The study’s findings named “Trends in Consumption of Ultraprocessed Foods Among US Youths Aged 2-19, 1998-2018” were published in the journal “JAMA.”

The calories that children and adolescents consumed from ultra-processed foods jumped from 61 percent to 67 percent of total caloric intake from 1999 to 2018.

The study analyzed dietary intake from 33,795 children and adolescents nationwide.

“Some whole-grain bread and dairy foods are ultra-processed, and they are healthier than other ultra-processed foods,” said Fang Fang Zhang, senior and corresponding author, and a nutrition epidemiologist at the Friedman School. “Processing can keep food fresher longer, allows for food fortification and enrichment, and enhances consumer convenience.”

“But many ultra-processed foods are less healthy, with more sugar and salt, and less fiber, than unprocessed and minimally processed foods, and the increase in their consumption by children and teenagers is concerning.”

The most significant spike in calories came from such ready-to-eat or ready-to-heat dishes as takeout and frozen pizza and burgers: from 2.2 percent to 11.2 percent of calories.

The second-largest spike in calories came from packaged sweet snacks and desserts, the consumption of which grew from 10.6 percent to 12.9 percent.

There was a more significant increase in the consumption of ultra-processed foods among non-Hispanic Blacks (10.3 percent) and Mexican Americans (7.6 percent) than non-Hispanic whites (5.2 percent).

Trends in other racial/ethnic groups were not assessed due to insufficient data that allow for nationally representative estimates across survey cycles.

There were no statistically significant differences in the overall findings by parental education and family income.

“The lack of disparities based on parental education and family income indicates that ultra-processed foods are pervasive in children’s diets,” said Zhang.

“This finding supports the need for researchers to track trends in food consumption more fully, taking into account consumption of ultra-processed foods.”

Over the study period, calories from often healthier unprocessed or minimally processed foods decreased from 28.8 percent to 23.5 percent.

The remaining calories came from moderately processed foods such as cheese and canned fruits and vegetables and consumer-added flavor enhancers such as sugar, honey, maple syrup, and butter.

Calories from sugar-sweetened beverages dropped from 10.8 percent to 5.3 percent of overall calories, a 51 percent drop.

“This finding shows the benefits of the concerted campaign over the past few years to reduce overall consumption of sugary drinks,” said Zhang.

“We need to mobilize the same energy and level of commitment when it comes to other unhealthy ultra-processed foods such as cakes, cookies, doughnuts, and brownies.”

“In additional analyses, we compared the composition of ultra-processed foods to non-ultra processed foods using data from the 2017-2018 period,” said the study’s first author, Lu Wang, a postdoctoral fellow at the Friedman School.

Ultra-processed foods are ready-to-eat or ready-to-heat items often high in added sugar, sodium, and carbohydrates and low in fiber, protein, vitamins, and minerals.

“Food processing is an often-overlooked dimension in nutrition research and may need to consider that ultra-processing of some foods may be associated with health risks, independent of the poor nutrient profile of ultra-processed foods generally.”