Surrendered Naxals Now Build Township For Themselves, Victims Of Their Violence

The term Naxal comes from the village Naxalbari in the eastern Indian state, West Bengal, where an insurgency started in 1967.
By Zenger News Desk August 12, 2021
Facebook
Twitter
Linkedin
Email 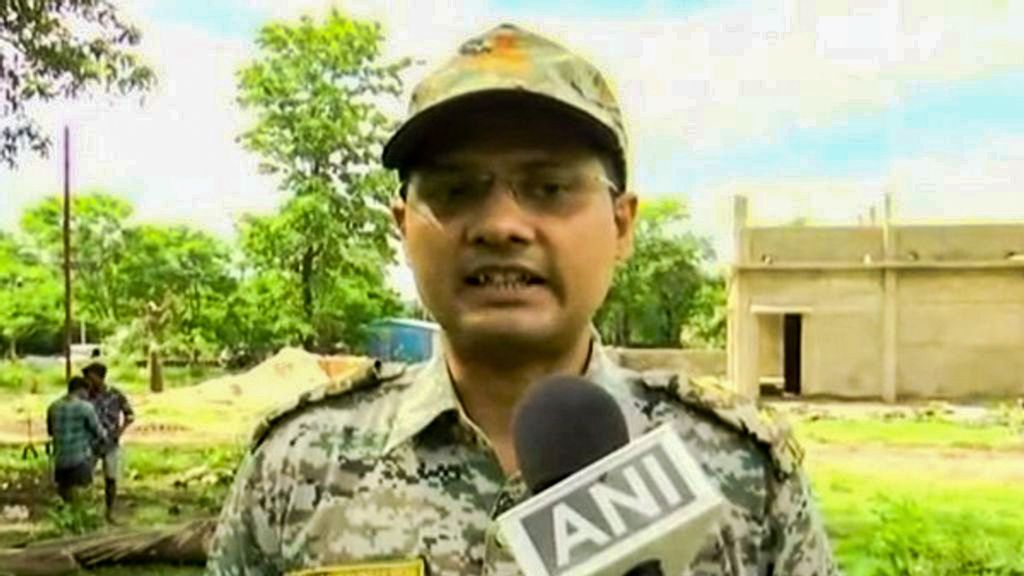 Abhishek Pallav, Superintendent of Police (SP) Dantewada said that residents of the township will be given training in different fields like electric work, repairing, scientific farming and cattle rearing to help them generate employment in their villages. (ANI Image)

DANTEWADA, India — The country’s first township dedicated to surrendered Naxals and the victims of Naxal violence is being constructed in central Indian state — Chhattisgarh’s — Dantewada district.

The term Naxal comes from the village Naxalbari in the eastern Indian state, West Bengal, where an insurgency started in 1967.

People who were engaged in the insurgency were called Naxals.

“The township being built by the surrendered Naxals themselves,” said Abhishek Pallav, Superintendent of Police, Dantewada.

It will have facilities like a skill development center to help the victims and the former Naxals be self-dependent.

“Residents of the township will be given training in different fields like electric work, repairing, scientific farming, and cattle rearing to help them generate employment in their villages,” said Pallav.

“We launched ‘Lon Varatu’ campaign that means ‘homecoming’ a year ago. Within a year, 381 Naxals, out of which 101 were wanted Naxals, have surrendered.”

He said that according to feedback taken after a year of the campaign, the government realized that only 32 surrendered Naxals had an Aadhaar card or a bank account, and others could not avail the benefits of any scheme launched by the government.

“We then launched “Lon Varatu Campaign 2” under which 250 Naxals have been issued Aadhaar cards. We have opened bank accounts for them, and they will be able to avail benefits of 12 government schemes now,” said Pallav.

“Some beneficiaries had been assaulted by Naxals and were scared to stay in their villages. They expressed their desire to live in Dantewada. So we decided to make a township completely dedicated to former Naxals and the victims of Naxal incidents.”

The township will have 108 one-room sets and 20 shops catering to different needs for which the former Naxals would be trained according to their interests.

The township will have all the facilities, from a health care center to a child care center. It will be like a rural rehabilitation center where the residents will be provided security and employment. It will also have a transit hostel of 20 rooms where villagers assaulted by Naxals can live temporarily.

“The best part about this campaign is that the Naxals who were earlier involved in destruction are now employed in constructing this township for themselves,” said Pallav.

“I hope that they serve as an example for other Naxals like Telugu Naxals. And I believe that many Naxals will surrender in the future.”

Meanwhile, the former Naxals engaged in constructing the township expressed happiness over the development.

“These flats are being constructed for us, and all the facilities are available here. Earlier, we had to work according to the orders of the Naxal commander and destroy things. But after surrendering, we are getting employment and a place to live.”

He said that his life is stable now, and he wants fellow Naxals to surrender and avail the benefits given by the government.

Another former Naxal Dev Singh said that his earlier life was insufferable.

“We are getting our own quarters here,” he said. “We were also issued a ration card. Our families were yearning to see us. They are happy now.”

Singh was a Naxal Commander in the Darbha division.