Bush and Hughes were first seen holding hands in Malibu in May 2020 but have remained tight-lipped about their romance. 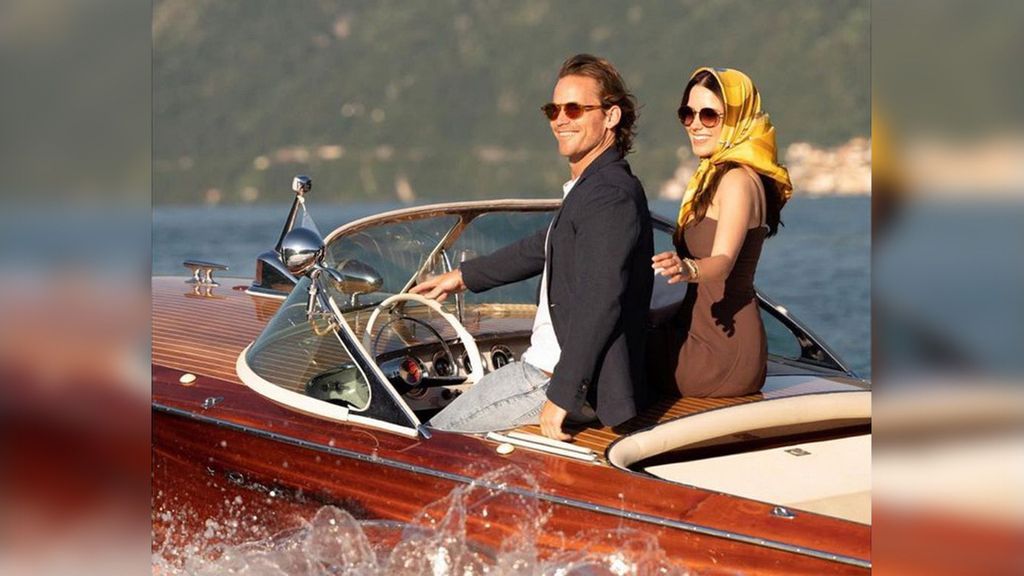 American actor Sophia Bush shared a photo with her entrepreneur beau, Grant Hughes, and revealed that they are now engaged. (Sophia Bush, @sophiabush/Instagram)

WASHINGTON – American actor  Sophia Bush, on Aug. 10, 2021, shared a photo with her entrepreneur beau,  Grant Hughes, and revealed that they are now engaged.

The “ One Tree Hill ” actor shared the picture on her Instagram, in which the businessman could be seen on one knee in Lake Como, Italy, revealing the couple’s engagement more than one year after they were first linked.

Expressing her thoughts about the moment, which happened during a boat ride, Bush called the proposal “the most incredible, moving surprise of my life.”

“So it turns out that being your favorite person’s favorite person is the actual best feeling on planet Earth #YES (sic),” she captioned her post, adding, “My heart. It bursts. “

Bush can be seen wearing a brown dress in the picture while Hughes decked up in a white t-shirt, blazer, and jeans.

“You’re my forever favorite, my love,” Hughes commented on her post with a red heart.

“This is the fairy tale !!!!! You deserve it, my sweet sister !!! So beyond giddy for you and can’t wait to celebrate your ‘happily ever after’ !!! (sic), ”Hilarie Burton commented.

Hughes also shared the excitement of his engagement on his social media. He took to his Instagram handle and penned down a heartfelt note for Bush by sharing a photograph on the same boat where the duo can be seen kissing.

“She is my forever Favorite. This is my favorite. And our life is that we’re building because she said “Yes” is already my favorite. I am SO EXCITED to do life with you, my love (sic), ”he wrote.

He also added that he had “secretly stationed photographers” to capture the moment and said this would not have been possible without them.

“And a brilliantly executed surprise like this doesn’t happen without the most incredibly talented secretly stationed photographers (she didn’t see you @ bottega53), the best classic boats in the game (@comoclassicboats), and most importantly, an amazing family of friends too numerous to name that supported me through this entire process (sic), ”he wrote.

“It all paid off. Thank you for helping me create perfection for the most perfect woman. She felt it (sic). “

Bush and Hughes, a businessman who lives in Los Angeles, were first seen holding hands in Malibu in May 2020 but have since remained tight-lipped about their romance.

“When you are a person who lives in the public eye, everybody wants to pick over everything, and that can be really tricky,” Bush told an entertainment outlet in June 2020.

The “Love, Victor” star was previously married to her “One Tree Hill” co-star  Chad Michael Murray. The pair split in September 2005 after just five months.

In a move to push past her previous high-profile marriage, Bush recently said she would no longer be speaking about her ex-husband.

Bush was also previously linked to “One Tree Hill” co-stars James Lafferty and Austin Butler, the latter of whom she dated on and off for several years. She was later involved with late Google exec Dan Fredinburg and “Chicago PD” co-star  Jesse Lee Soffer, as per reports.