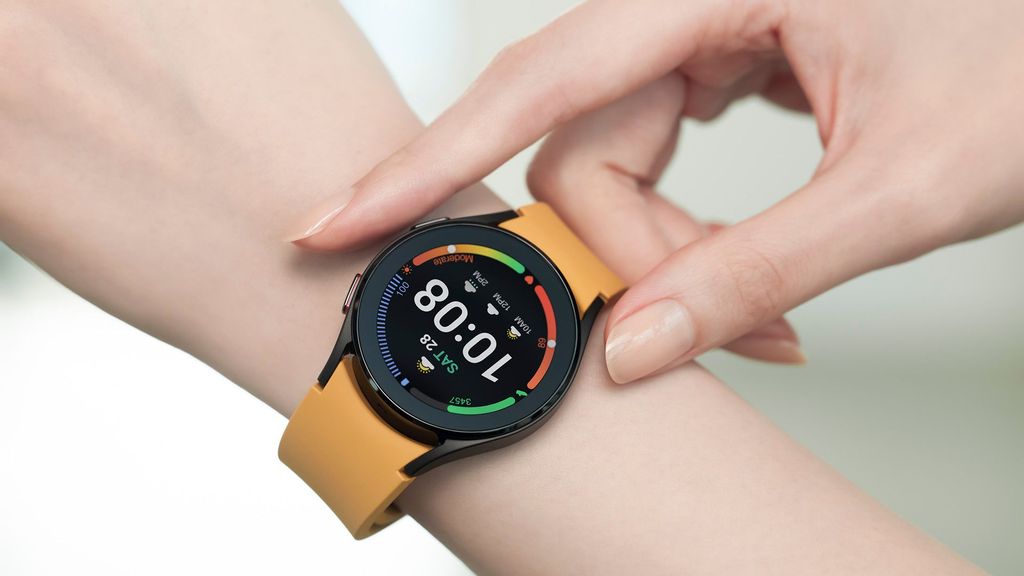 Samsung Electronics unveiled next-generation wearable processors that will be used in next models of Galaxy Watch. (Samsung)

SEOUL, South Korea — Samsung Electronics unveiled next-generation wearable processors that will be used in the next models of Galaxy Watch.

Samsung Electronics announced on Aug. 10 that it has released ‘Exynos W920’, which is a processor for wearable devices based on the latest 5-nanometer process.

Exynos W920 is the first processor for wearable devices that are applied with the latest Extreme ultraviolet lithography process.

“Wearables like smartwatches are no longer just a cool gadget to have. They’re now a growing part of our lifestyles to keep you fit, safe and alert,” said Harry Cho, vice-president of System LSI marketing at Samsung Electronics, in a press release.

“With the Exynos W920, future wearables will be able to run applications with visually appealing user interfaces and more responsive user experiences while keeping you connected on the go with fast LTE.”

When installed in a smartwatch, it also supports 3D Watch Face and smooth screen scrolling.

Also, ‘Coretex-M55’ for low-power displays is additionally installed. It minimizes the power consumption required for processors to run displays in AOD (Always On Display) mode, where simple contents such as clocks, alarms, and missed calls can be checked without turning on the screen.

Exynos W920 will support a new integrated platform jointly developed by Samsung and Google and will be used in the next Galaxy Watch model.

“As we explore new ways to empower you, we often venture into uncharted territory. That’s how we ended up creating a brand-new category with the launch of the Galaxy Fold,” said Samsung president and head of mobile communications business, Tae Moon Roh, in a blog.

“And we didn’t stop there. We kept improving the category with our second generation of foldable, the Galaxy Z Fold2 and the Galaxy Z Flip, with more screens and more of the features you now know and love. I’m excited to say our third generation of foldable devices will open up amazing new multitasking capabilities and enhanced durability for even more people around the world.”