Reforms Are Matter Of Conviction Not Compulsion For Government: Indian PM 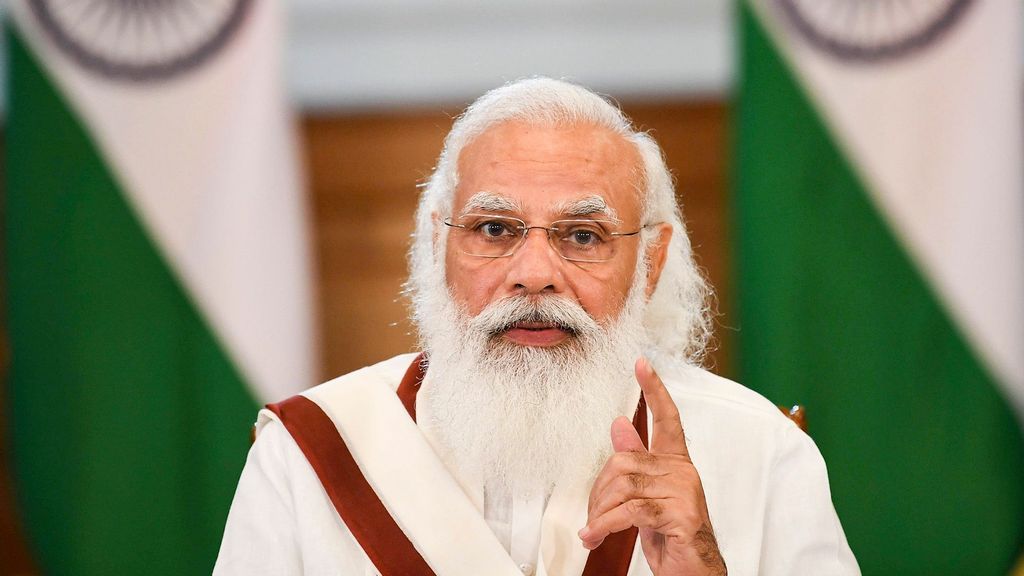 Prime Minister Narendra Modi on Aug 3 said that the Centre's decision to away with retrospective taxation will strengthen the trust between the government and the industry. (PIB.gov.in)

NEW DELHI — The Indian government’s decision to away with retrospective taxation will strengthen the trust between the government and the industry, said Prime Minister Narendra Modi on Aug. 11, noting that reforms are not a compulsion but a conviction for the government.

Addressing the Confederation of Indian Industry (CII) Annual Meeting 2021, the Prime Minister urged the industry to take full advantage of the atmosphere of trust for India’s development and capabilities.

“Reforms are not compulsion. Reforms are convictions for us. We have passed such bills in this session of parliament which will speed up the country’s pace of growth,” Modi said.

“Our economy is recovering. The industry is a major part of India’s growth story. With the efforts of all of you, India’s economy is picking up pace once again. There is rarely a day when a chief executive doesn’t issue a statement, or there’s not a report on new opportunities.”

He referred to the Indian parliament passing the bill to nullify retrospective taxation on Aug. 9.

“We have rectified the mistake done in the past and decided to do away with the retrospective taxation.”

“The industry is praising this decision of the government, and I believe that this will strengthen the trust between the government and industry. Today, there is a government in the country which is ready to take risks for the benefit of the country,” he said.

Stating that the industry is a major part of India’s growth story, Modi mentioned that the economy is recovering and is picking up pace again due to its efforts.

He said India is receiving record foreign direct investment, and that is also making new records due to the government’s efforts.

“The country’s forex reserve is at an all-time high,” he said.

The Prime Minister said ‘New India’ is ready and committed to growing with the new world.

India, which was once apprehensive of foreign investment, is today welcoming all types of investments and is taking major leaps in ease of doing business ranking today.

Pointing out that there was a time when the foreign-made product was seen to be better suited, and Indian brands took years to get established, he said things are changing very fast now.

“The industry has to make its policies and strategies in accordance with this, going ahead in the ‘Aatmanirbhar Bharat Abhiyan (Self-reliant India),” he said.

The trust of the countrymen is with the products made in India, and every Indian wants to adopt such products. However, the company making those products might not necessarily be Indian, he said.

He said this is a huge opportunity for new resolutions and new goals of the Indian industry.

Modi laid emphasis on the major responsibility for the success of the self-reliant India campaign lies on Indian industries, and he lauded the industry for their resilience during the pandemic.

The Prime Minister said that the red-tapism of the past had been replaced by a significant rise in the ease of doing business index.

He referred to rationalizing labor laws into four labor codes and said agriculture, which was treated as a mere means of livelihood, is being connected with the markets through reforms.

The Prime Minister said when the Indian youth enter a field today, they do not have that hesitation. “They want to work hard, take risks and bring results. Similar confidence is in India’s startups today,” he said.

Noting that India today has 60 unicorns compared to possibly 3-4 unicorns 6-7 years ago, he said 21 of these unicorns have emerged during the last few months.

“The unicorns, with their diversity of sectors, indicate changes in India at every level,” he said, adding that investor response has been tremendous for the startups, and this signals that India has extraordinary opportunities for growth.