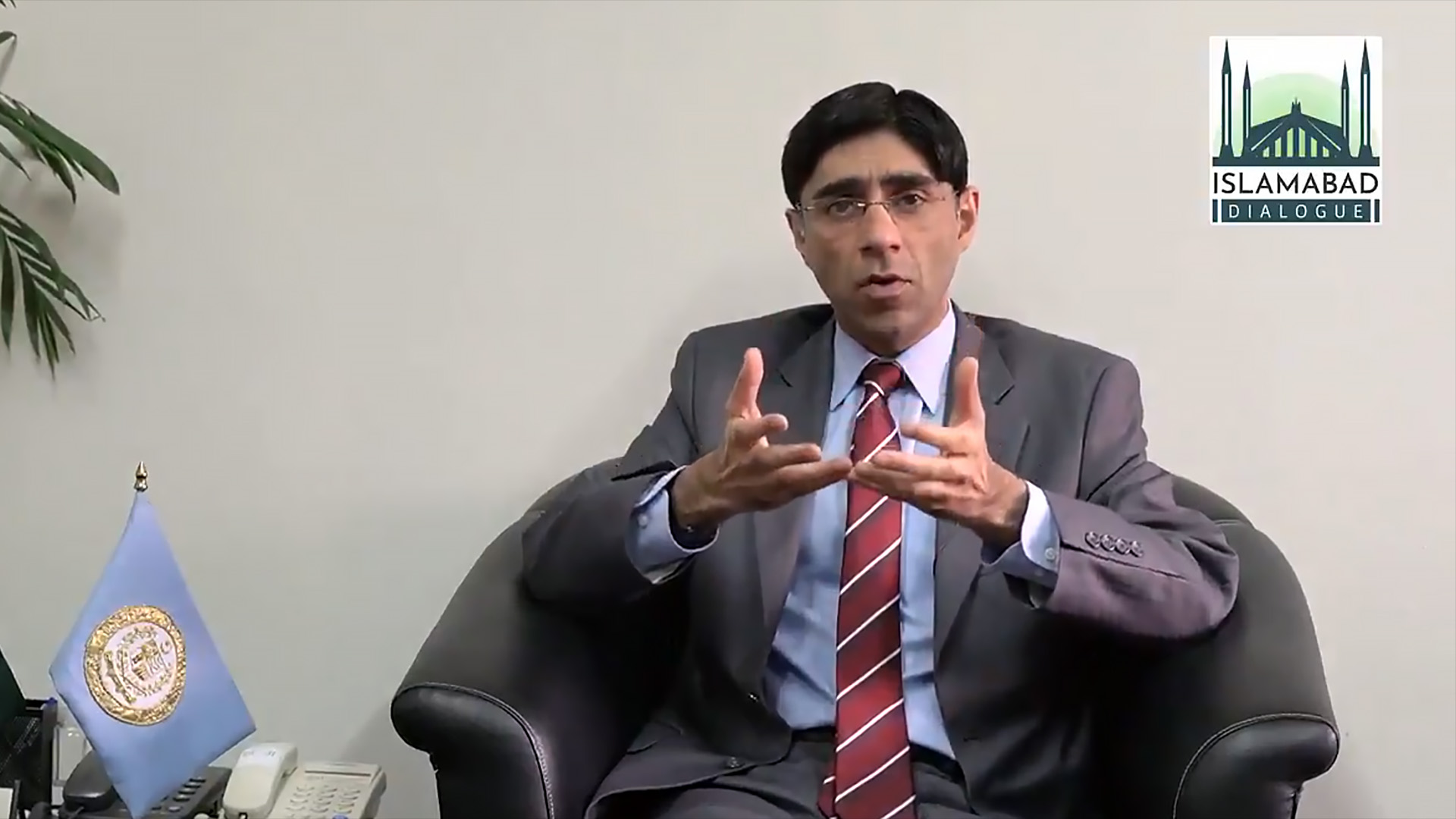 Moeed Yusuf, National Security Adviser of Pakistan, on Aug. 11, said that particular social media accounts from Afghanistan and India are being used to malign the image of Pakistan as Afghan authorities had failed to stop sweeping territorial gains made by the Taliban. (Moeed W. Yusuf, @YusufMoeed/Twitter)

ISLAMABAD — Moeed Yusuf, National Security Adviser of Pakistan, on Aug. 11, said that particular social media accounts from Afghanistan and India are being used to malign the image of Pakistan as Afghan authorities had failed to stop sweeping territorial gains made by the Taliban.

“Attempts are underway to blame Pakistan for Afghanistan’s failures. As the Taliban offensive is increasing, there are campaigns to shift its blame on Pakistan,” said Yusuf.

His comments came while addressing a press conference alongside Information Minister Fawad Chaudhry, as reported by the local media.

He said that senior Afghan officials, including his Afghan counterpart, were involved in such campaigns. The government would expose everything through data and not fake news.

“We would not expose fake news through fake news,” he said.

Scores of people on social media, including many in Afghanistan, have begun a massive anti-Pakistan campaign to protest against their meddling in the war-torn country.

“For the third day in a row, #SanctionPakistan is a top trend on all social media platforms,” said Habib Khan, a prominent journalist from Afghanistan.

People on social media are asking Pakistan to end interference in Afghan affairs.

“#SanctionPakistan isn’t just a hashtag trending on Twitter. It reflects the determination of Afghans, Pakistanis & citizens of many other states to live in peace— free from invasion, proxy war & terrorism,” tweeted Alexander.

On Aug. 10, Pakistan claimed that Afghanistan should be held answerable for the “daily instances of terrorism in Pakistan sponsored and coordinated from Afghanistan” instead of regularly pointing fingers and blaming Islamabad for “covert and overt support” to the Taliban.

Afghan Ambassador to the UN Ghulam Isaczai said that Afghanistan is prepared to provide the Security Council with material evidence supporting its claim that Pakistan is ensuring a supply chain to the Taliban.

“Should members of the Security Council want that evidence, we are ready to provide them,” said Ghulam.

Refuting Afghanistan allegations, Pakistan information and Broadcasting Minister Fawad Chaudhry tweeted that Pakistan had nothing to gain from conflict in the neighboring country, Dawn reported.

Pakistan Energy Minister Hammad Azhar termed the allegations against Pakistan “baseless,” saying in a tweet that the Afghan National Security Forces had voluntarily surrendered during battles against militants multiple times, despite having “massive financial support.”

“Afghan government should own its failures. Pakistan strongly desires peace and stability in Afghanistan,” he said in a tweet.

“The Taliban control over 60% of Afghanistan, but somehow Afghan officials run a campaign maligning Pakistan for their own failures instead of fighting on the ground. Daily, their forces surrender, and daily they blame Pakistan. Fight! Don’t do propaganda,” tweeted Shahbaz Gill, Special Assistant to the Prime Minister on Political Affairs.

In recent weeks, Afghan and Pakistan officials have issued statements bringing animosity between the two sides to the fore.

The ties have been further strained with Pakistan’s overt and covert support to the Taliban, engaged in bloody clashes with the Afghan security forces.

Afghanistan has repeatedly accused Pakistan of harboring terrorists in its territory and supporting the Taliban offensive against the Afghan government forces.