Cars, trucks and buses engulfed by tons of boulders and debris. 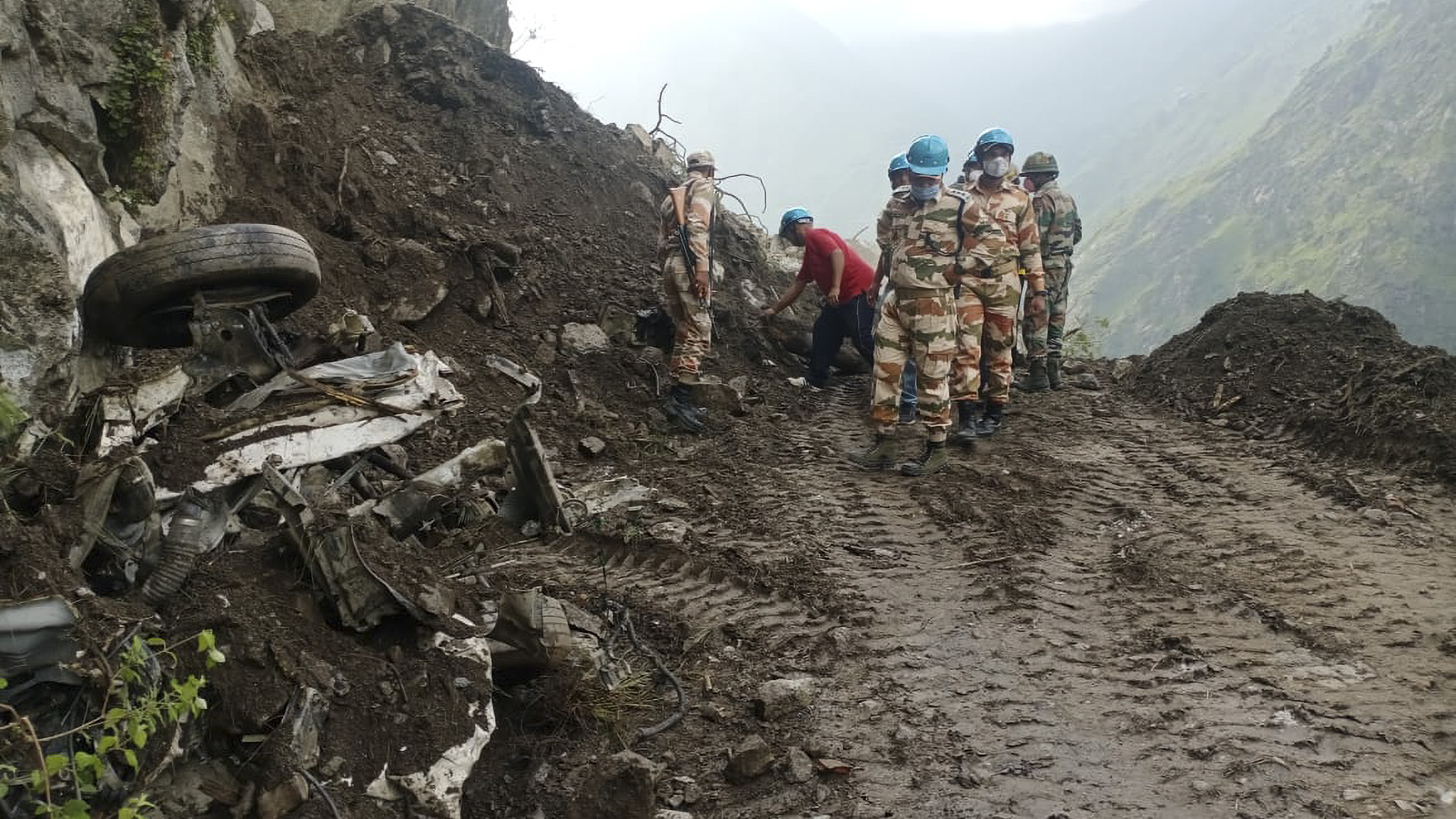 KINNAUR, India — Over 50 people and more than 10 people have been killed so far under the debris after a massive landslide hit the Kinnaur district of the Indian state of Himachal Pradesh.

Chief Minister Jairam Thakur said that operations are underway to rescue those trapped under the debris of falling boulders. The falling boulders hinder rescue operations by the Indo-Tibetan Border Police, National Disaster Response Force, the Army, and local police.

“Rescue operation is going on in Nigulseri, Kinnaur, many people have been rescued. Some people also died tragically in this accident. May God grant peace to the departed souls and strength to the bereaved family. May the injured get speedy recovery, I pray to God,” tweeted Thakur.

The State Emergency Operation Centre said that a total of 10 people had been rescued safely on Aug. 11.

As of the Aug. 12 report of Indo-Tibetan Border Police, a total of 13 dead bodies have been retrieved till now.

A 30-seater Himachal Road Transport Corporation bus, a truck, and four cars were among the vehicles that came under the rubble as the landslide hit around 12 noon. The bus, which was moving from Murang to Haridwar, could not be traced so far, and it seems that it may have fallen into the Sutlej river. Over 30 people were said to be traveling on the bus.

“The area is currently hazardous,” he said.

Pandey also said the body of one dead person retrieved from the spot had been identified as a laborer. A Himachal Road Transport Corporation bus is still untraceable. It seems that it might have fallen in the Sutlej river down 300 feet.

“It is believed that around 40 people are trapped,” he said.

Chief Minister Thakur had earlier said that 50-60 people are feared to be trapped under the debris, and the driver and the bus conductor have been rescued.

“The landslide incident has taken place near Nigulsari,” he said.

“A bus is buried under the rubble there. Few cars and a truck are suspected to be trapped. The bus driver and one more person were rescued. Indo-Tibetan Border Police rescue teams at the spot, operation hindered due to falling boulders.”

Singh has involved himself in the search party since the morning of Aug. 12.

Union Home Minister Amit Shah also spoke to Jairam Thakur and the Director-General of Indo-Tibetan Border Police over the incident.

“I request the party workers to extend all possible help in affected areas. My prayers for the well-being of the people” tweeted Nadda.

Former Union Minister Suresh Prabhu said that he is hopeful that rescue operations by Army and National Disaster Response Force will “yield results.”

“Sad to hear about the #landslide on Reckong Peo-Shimla Highway in #Kinnaur District #HimachalPradesh due to which 40 people are feared buried under debris. I am hopeful that rescue operations by Army & NDRF will yield its results,” he tweeted.

As per the latest reports, Chief Minister Thakur will be visiting the landslide site on Aug. 14. Meanwhile, Modi has announced an ex-gratia of INR 2 lakh ($2693) each to the next kin of the deceased and INR 50,000 ($673) for the injured people.