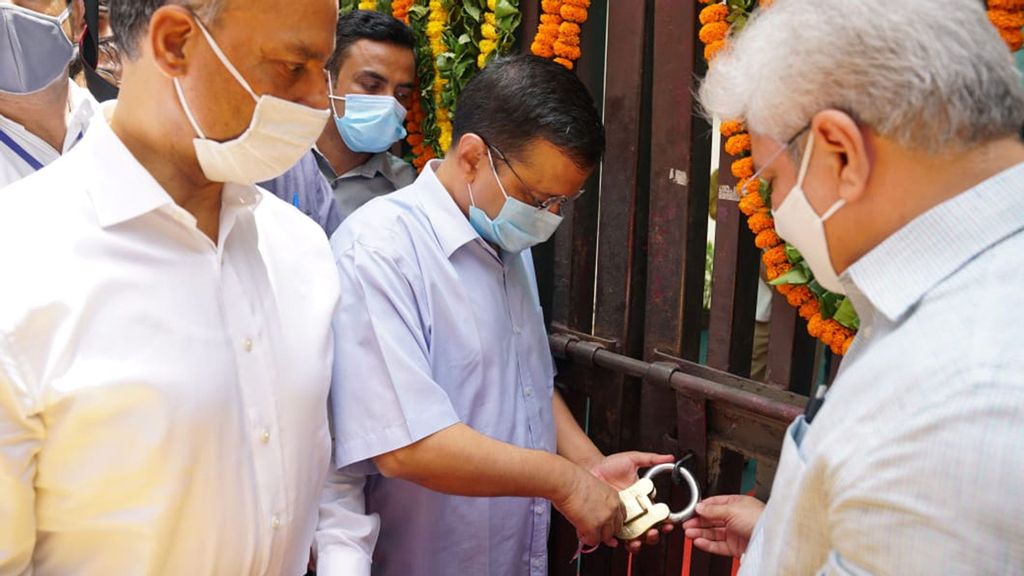 NEW DELHI — The faceless transport services were launched in the capital of India, Delhi, on Aug. 11 by the state chief minister, Arvind Kejriwal. Under this initiative, 33 transport services will go completely faceless and online from Aug. 12, except for vehicles’ driving and fitness tests.

During the launch, Kejriwal locked the doors of the IP Estate Regional Transport Office (RTO).

“After the introduction of faceless transport services, Delhi government has shut down its four RTOs. Apart from the IP Estate RTO, RTOs in Sarai Kale Khan, Janakpuri, and Vasant Vihar have also been closed,” Kejriwal said.

On the launch occasion, the chief minister also recalled the hardships citizens face in availing of transport services and how his government started bringing reforms in this area.

“Earlier, gaining transport services used to be an issue of concern,” said Kejriwal.

“People used to get tensed about approaching so many people, middlemen. They also had to consider taking a holiday for these purposes. But in 2015, our government started some minor reforms. In 2018, we started doorstep delivery of a variety of services, which was a revolutionary reform. Our agents came at people’s doorsteps and helped them out with procedures and got services delivered at their home.”

He termed faceless transport services as a revolutionary step for 21st Century India.

“It is a revolutionary step,” said Kejriwal.

“There will be no files, no offices anymore. Everything can be done through a computer from one’s house. There is no need to approach brokers and middlemen too. People will have to come to the office for driving tests and vehicle fitness tests, though. It is a big step for India in the 21st Century. It will soon happen all over India. As Transport Minister said, true independence will be obtained the day people are free from offices, middlemen, queues, and files.”

Chief Minister also added that work was going on in other departments to make services online and faceless.

Transport Minister Kailash Gehlot was also present at the launch. He said these services will soon be available all over India and highlighted the success of its trials.

“We started its trials from Feb. 19. More than 3 lakh (300,000) requests were handled in the last five months of the trial with a success rate of more than 80 percent,” Gehlot said.

Any person with an Aadhaar card can use these services. “Know Your Customer” can be completed through a One-Time Password. Documents and e-sign can be verified through Aadhaar authentication.

Those who do not have an Aadhaar card can apply online. But it will be necessary for them to upload documents, photos, and signatures. An e-learner license can be obtained through an online test. In the first phase of the application, applications will be screened, documents will be verified, and then approved by the motor licensing officers or motor vehicle inspector for further processing.