Ice Don’t Believe It: Chopper Pilot In Court After Landing In A Parking Lot To Buy Ice Cream

Since it wasn't an emergency landing, the man faces charge of dangerous operation of an aircraft.
By Darko Manevski August 12, 2021
Facebook
Twitter
Linkedin
Email 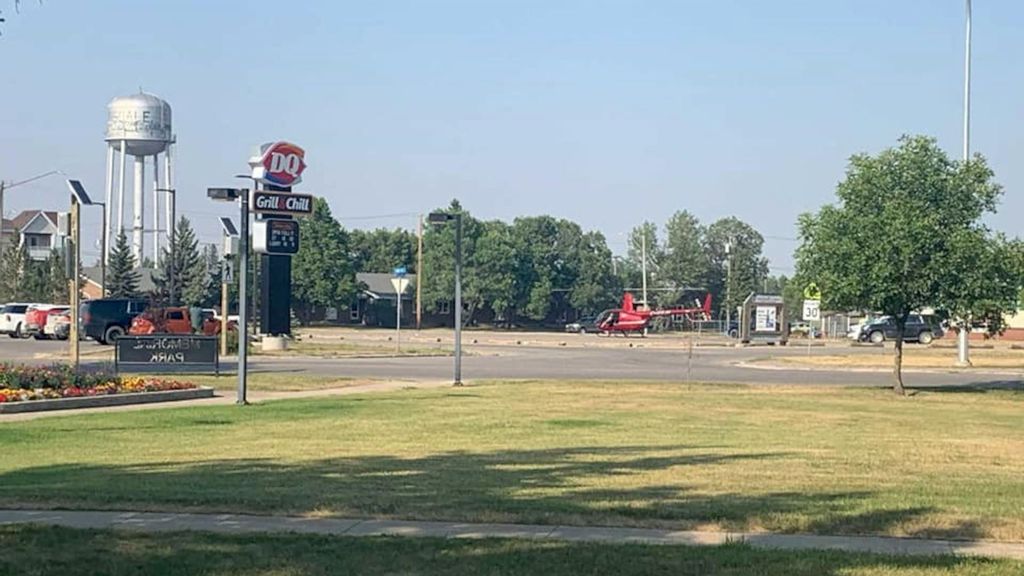 A helicopter landed in a parking lot in Tisdale, Saskatchewan, and waited there while a passenger ran into a nearby ice cream store, police say. (Royal Canadian Mounted Police/Zenger)

A helicopter pilot faces charges after making a non-emergency landing near an ice cream store. The pilot waited while a passenger “entered a nearby restaurant to buy an ice cream cake,” the Royal Canadian Mounted Police (RCMP) said.

The pilot, who landed in a town parking lot in Tisdale, Saskatchewan, on July 31, is charged with dangerous operation of an aircraft, the RCMP stated.

The RCMP received a complaint that the helicopter had landed “in a high-traffic parking lot [and] blew up dust and debris through the area, which includes schools, an aquatic center and more.”

After investigating, police determined the pilot did not make an emergency landing and that the purpose of the stop was apparently to buy an ice cream cake.

The pilot was identified as a 34-year-old man from Leroy, Saskatchewan. He “was licensed to drive the helicopter, but it was illegal to land it where he did,” police stated.

Photos released by police show a red helicopter in the middle of a parking lot. A Dairy Queen sign is visible to the left.

The Dairy Queen fast-food chain is American-owned. It has a franchise in Canada, and of the thousands of stores it runs, the busiest is said to be in Charlottetown on Prince Edward Island.

The pilot is scheduled to appear in court in Melfort on Sept. 7.