From Bouncer To Boxer: Muhsin Cason Wants To Be The Face Of The Cruiserweight Division 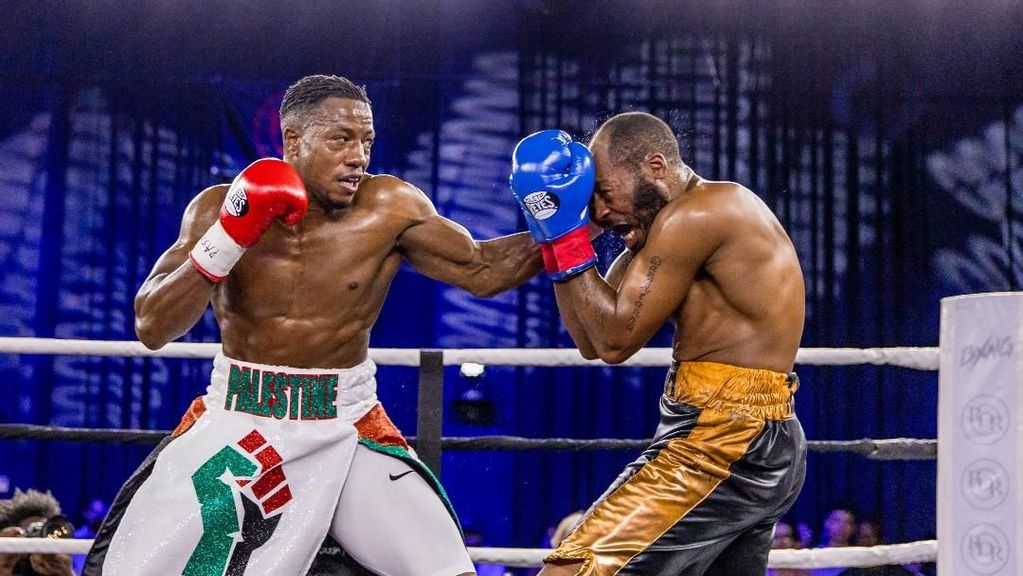 Muhsin Cason, the younger brother of former undisputed heavyweight champion, Hasim Rahman, has started his boxing career with eight wins and no losses, including five knockouts. While Muhsin Cason didn’t put on a pair of gloves until he was 21 years old, by all accounts a late bloomer in the boxing world, he has rubbed elbows with some of the best boxing trainers and minds in the sport.

Those experiences, Cason feels, will expedite his surge toward the belt holders. In a division that has been dominated by European fighters, Cason vows to bring the belts back to the U.S. in due course. The Baltimore native now resides in Philadelphia and has linked with popular rapper, Tone Trump, to enhance his profile. Trump’s MDF [Muslim Don Family] could serve as the perfect complement to Cason, who wears his religion on his sleeve.

Cason, fresh off of a third-round knockout of Tristan James on July 23, catches up with Zenger News on his recent performance, the progression of his career, his Instagram skits and more.

Zenger: Congratulations on your recent win.

Cason: Thank you! More to come.

Zenger: How did you feel in that ring?

Cason: Mentally I felt confident, especially with my coach, Rashiem Jefferson. He’s amazing. He’s helping me learn how to box instead of just throwing the right hand that me and my brothers were blessed with. Physically, I felt a bit rusty, but we got the job done. It’s right back to the drawing board.

Zenger: It appears you have two dates already scheduled, one in September and another in November. Is being that active key to eliminating that rust?

Cason: That is the key. Because of COVID-19, it feels like forever, but right now we’re trying to stay as active as possible. We’re trying to get as many fights as possible, because I’m only getting older and I need to make sure that we have enough experience for when we really call out these big guys, we will win those fights.

Zenger: Give us a little background on who you are, and where you’re from?

Cason: I’m from Baltimore, Maryland. I moved to Las Vegas in 2015 when I started my boxing career. I lived there for six years, now I’m in Philadelphia. I moved back east when I had a daughter. I’m Muslim, so the one important thing besides my boxing career is my religion and my faith. I felt like moving to Philadelphia would be the best for my daughter given the fact that I want her to be raised as a Muslim.

Zenger: You’re up front about your faith. How important is that for you to show that?

Cason: That’s the most important thing, because my career is only going to last so long, and after that I’m still going to be a Muslim. So, the one thing I don’t want to do is sell my soul for a little bit of money. Being religious, we don’t believe that after we die it’s the end of life. We believe that we go on to heaven. I’m preparing for heaven. To do that, I have to make sure that I am truly and honestly, genuinely myself, both outside of the ring and inside of the ring, I’m always going to be Muslim and that’s what I want to show everybody.

Zenger: You had the opportunity to do some mitt work with Jeff Mayweather; you have been around some amazing boxing minds early into your career. How have these experiences helped you along the way?

Cason: I will say, being that I didn’t get into the boxing game until I was 21, these experiences have pushed me to a level that most people are not blessed to see. Because of who my older brother is, Hasim Rahman, people expected me to be something from the get-go. The people that God has blessed me to be around and meet in my boxing career — people like Amer Abdallah who is Badou Jack’s manager, Tone Trump, Stephen Jackson and Rashiem Jefferson. I’m looking for good people and honest people to be around. God put me in those places to be around it.

Zenger: Why did you get such a late start in boxing?

Cason: You know what’s crazy, I never wanted to box. I didn’t even think about it. I was in Boston; I was about to go back to school and try to get my degree in architectural engineering. I was a bouncer for a while and got into a scuffle. During that, I knocked someone out. And this boxer was like, “Yo, you should come to the gym.” I did just that, and he was telling me how I had a heck of a right hand and that I should box. I didn’t plan to box, but God put boxing in my life, I think to help put discipline in my life. Now, I’m unapologetically me, and I don’t think that would have happened if it wasn’t for boxing.

Zenger: What influence has Tone Trump and his MDF [Muslim Don Family] movement had on you?

After that, he started being a big bro to me, being a guide to me in Philadelphia, a big help towards pushing and advertising for me for my career, and he put my name out there. He’s gotten Philly behind me. I really appreciate him and the things he’s done to let Philadelphia know about me and get the whole city behind me.

Zenger: For years the cruiserweight division has been dominated by European fighters. How do you plan on changing that?

Cason: Bringing it right back to America. We might have to go overseas in order to go get some of these belts. I know [Lawrence] Okolie has one of the belts, and [Mairis] Briedis has one, so we just gotta bring it back. That’s the main goal. I believe that I am the person to do it. I believe that I have the skills and the platform to get to that point where I can face these guys and beat them.

Zenger: We have seen guys establish themselves as cruiserweights and then move up to heavyweight. Is that in your plans?

Cason: That would be a move in the distant future. I’m a small guy relative to the heavyweight guys there now. I’m 200 pounds and at my heaviest I’m about 212. So, even though I have the power of a heavyweight, I don’t have the bodyweight to compete at that elite level.

Zenger: If I remember correctly, I think I read where you memorized the Quran word for word and page for page. Is that true?

Cason: Yes! It took me 3&half; years. I have to thank my father for it. The one thing that he paid attention to, he didn’t care about anything else, he made sure that we had Islam embedded in our hearts. He made sure of that. Everything else came second to our beautiful religion.

Zenger: You seem to understand the importance of using every talent that you possess to the fullest extent.

Zenger: I look forward to seeing you back in the ring soon, good luck and we will be speaking again soon. Any closing thoughts?

Cason: Make sure to keep up with my skits as well as my boxing career. You can follow me @themuslimboxer on Instagram and TikTok. I’m always coming out with some skits.