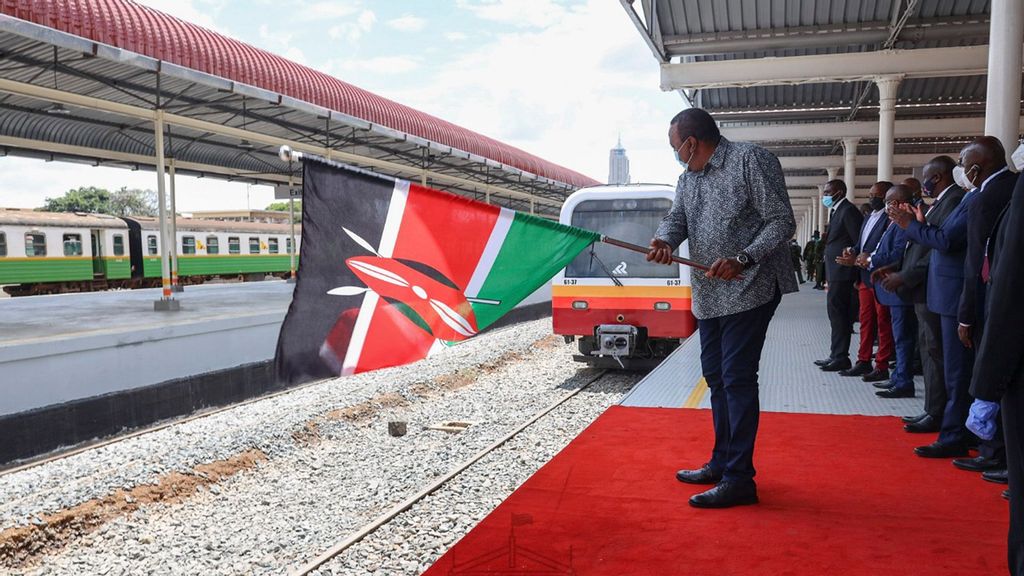 NAIROBI, Kenya — A Chinese firm is demanding billions of shillings in pending bills that Kenya borrowed to build the $3.6 billion Standard Gauge Railway line from the coastal town of Mombasa to the capital, Nairobi.

Africa Star Railway Operation Company Limited, known as Afristar, the Chinese company contracted to run the train service, has listed clearing its debts as a condition before fully transferring railway operations to Kenya in May 2022.

Parliament in 2020 revealed that Kenya had not paid Sh38 billion [$348million] to Afristar, which is majority-owned by China Road and Bridge Corporation.

It was contracted in May 2017 to run the passenger and cargo trains on the Standard Gauge Railway.

“The negotiations between KRC (Kenya Railway Corporation) and Afristar commenced in 2019, and an agreement has been reached that KRC takes over obviously with some conditions, including clearing any outstanding payments,” the corporation’s chairman Omudho Awitta told local media.

The billions of shillings in pending bills add to the Sh420 billion [$3.8 billion] that Kenya borrowed to build the modern line from Mombasa to Nairobi and purchase engines and coaches.

The line, which started operations in 2017, was linked with another new track, costing $1.5 billion, also funded by Chinese loans, to Naivasha.

Afristar has been managing the ticketing system, landing, and offloading cargo, and collecting passenger fares, including non-cash revenues like M-Pesa, under the 2017 agreement.

Ahead of May 2022, Kenya will need to settle the billions of shillings in unpaid bills or restructure the liability into a debt repayable over a more extended period, said Otieno.

The pressure to settle the Afristar dues comes when the Covid-19 pandemic has hit Kenya’s government revenues and limited access to commercial loan markets, forcing the country to turn to the World Bank and the International Monetary Fund for direct budgetary financing.

Apart from the operating fees, Kenya is obligated to honor repayment of the Sh324 billion [$2.9 billion] it borrowed for the project from the Exim Bank of China in May 2014 and started repaying last year after the expiry of the five-year grace period.

Kenya withdrew a request for China to extend the debt repayment holiday to December in the wake of opposition from Chinese lenders that recently froze disbursements to local projects.

A dataset—compiled over three years by AidData, a United States research lab at the College of William & Mary—captures 100 Chinese loan contracts with 24 low— and middle-income countries.

Several countries in the dataset are struggling under mounting debt burden amid the economic fallout from the Covid-19 pandemic.

It revealed informal collateral arrangements that benefit Chinese lenders over other creditors and promises to keep the debt out of collective restructurings — dubbed by the authors as “no Paris Club” clauses.

The Paris Club is a group of officials from major creditor countries whose role is to find solutions to the payment difficulties experienced by debtor countries. China is not among the 22 countries that are members of the club.

Beijing is one of Kenya’s biggest foreign creditors, having lent Sh758 [$6.9billion] as of April 2021 to build rail lines, roads, and other infrastructure projects in the past decade.