The final arguments in the case are expected to wrap up on Aug. 20.
By Zenger News Desk August 12, 2021
Facebook
Twitter
Linkedin
Email 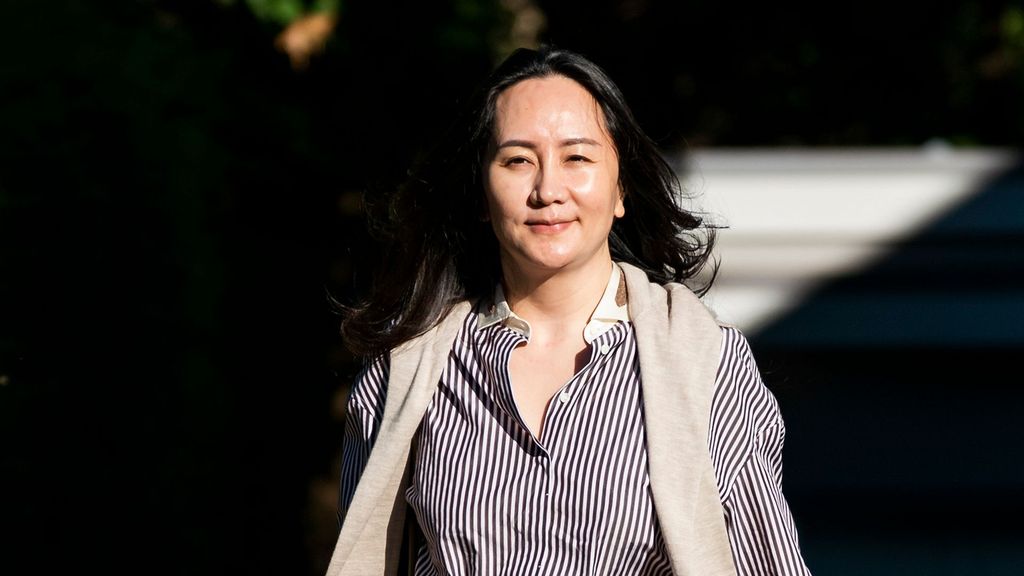 Huawei Chief Functional Officer Meng Wanzhou leaves her home for the resumption of her continued fight against extradition to the United States at BC Supreme Court on Sept 28, 2020 in Vancouver, Canada. (Rich Lam/Getty Images)

The final arguments in the nearly 19-month extradition process against the Huawei executive continued on Aug. 10.

Meng, the daughter of Huawei founder and Chief Executive Officer Ren Zhengfei, was arrested on Dec. 1, 2018, at Vancouver International Airport during a layover stop at the request of the US government.

The US Justice Department alleges that Meng committed fraud by misleading HSBC into approving more than $100 million in transactions that contravened US sanctions on Iran from 2010 to 2014 through a Tehran-based shell company, Skycom.

The lawyers representing the Attorney General of Canada (AGC), on behalf of the United States, made the case before Associate Justice Heather Holmes that the Huawei executive’s defense is nothing more than a concoction of primarily baseless assertions, at times, held together loosely by “conspiracy theories.”

Meng’s legal team, which counts more than half-dozen lawyers, argues that the United States’ bid to have her extradited south of the border to face justice for fraud charges should be denied because she is the victim of abuse of process.

This defense is based on four components, or branches, which say that the sum of former US President Donald Trump’s comments, procedural errors during the executive’s arrest, and a misleading case built by US prosecutors, one which allegedly violates international law, amounts to an abuse of process.

“Our general position on this [case] is one; there is no misconduct to accumulate and, two, none for impugned conduct, by itself or added to any other conduct, would justify a stay,” Frater told the court on Aug. 10.

“No person sought has enjoyed a fairer hearing than Meng.”

The lead legal counsel for the Canadian government said that the defense has “greatly” exaggerated Trump’s words.

The counsel said that if Trump’s words infringed on Meng’s Charter right to a fair trial, then a stay of the extradition process should have been pursued immediately, based solely on the former President’s comments.

In the interview, Trump said that he would intervene in the case brought forward by the Justice Department against Meng if it would be beneficial to US national interests.

Meng remains under house arrest in Vancouver, although she is free to traverse the region in the company of state-imposed guards outside of her 11:00 p.m to 6:00 a.m. curfew.

Frater rejected Peck’s assertions, saying that Trump’s words did not represent a threat while noting that the Biden administration has stayed the course regarding the extradition process.

“We gave you the words of the current President and the current Attorney General, which show that a forward-looking remedy, which abuse of process is, is unnecessary,” the crown attorney said.

They also dismissed that the arrest process was riddled with procedural errors, which forms the basis for the second branch of abuse of process.

The prosecutor said that out of the 34 allegations of misconduct brought forward by the defense, only one could be classified as an error, which itself caused “no prejudice to Meng.”

The agency transferred them to the Royal Canadian Mounted Police (RCMP) but not before a border agent obtained passcodes to the phones from Meng and placed them in the bags.

Canadian Justice Department lawyers have argued that there is no evidence Canadian law enforcement officials have turned over Meng’s electronic devices to the Federal Bureau of Investigation.

Frater said that border screening measures do not afford individuals the right against self-incrimination, suggesting, citing relevant case law, that the passcode transfer does not represent a breach of law.

The Canadian prosecution’s top attorney also rallied against insinuations that Canadian police and border agents were acting at the behest of US law enforcement agencies when the procedural errors were committed.

In the early phase of the hearings, lawyers for the Huawei executive said that the arrest and the alleged misconduct were part of a “covert investigation” targeting Meng.

“The US-led conspiracy theory was needed as the glue to hold together the second branch abuse argument; without it, that argument falls apart,” Frater said.

The final arguments are expected to wrap up on Aug. 20, with committal hearings, where the judge will decide whether or not to proceed with the extradition request, set to begin on Aug. 11.

Holmes is expected to give her recommendation on the United States’ extradition request to the Attorney General of Canada and Justice David Lametti later in the fall.

Lametti has the final say on the request and has the right to refuse extradition in exceptional circumstances.

Analysts say Lametti’s decision could hinge on developments in China, where the fate of multiple Canadians is held in the balance.

A Canadian state broadcaster on Aug. 10 reported that a Chinese court upheld the death penalty for Canadian Robert Schellenberg for drug smuggling.

Additionally, two Canadians, who are allegedly being held in retaliation for Meng’s arrest — former diplomat Michael Kovrig and businessman Michael Spavor — are expected to learn their fate in the coming days.

Kovrig and Spavor were tried in a closed trial in March. Both have been charged with espionage.