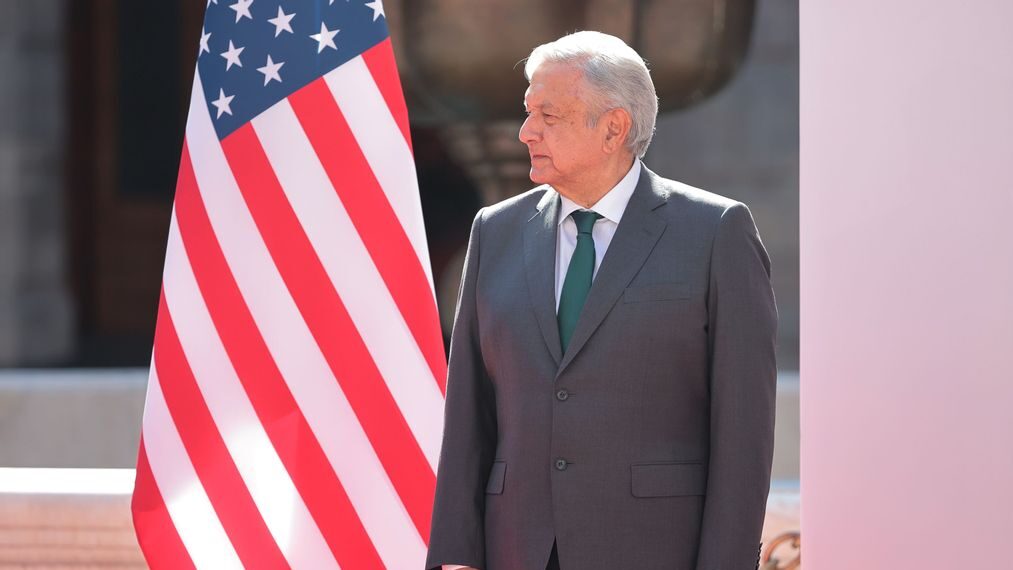 Mexican President Andrés Manuel López Obrador (AMLO) invited his U.S. counterpart, President Joseph R. Biden, Jr., to visit Mexico at the end of September, but did not give details on the topics to be addressed.

“We invited him to visit Mexico for a meeting … in late September,” López Obrador said in his Aug. 11 morning conference at Mexico’s National Palace.

“It went very well for both countries,” AMLO said. “The phone call with Vice President Kamala Harris [Aug. 9] was as good.”

The Mexican president said they discussed “how to strengthen [the economies of] North America and all the Americas in the face of Asia’s commercial growth” and that representatives of both Mexico and the U.S. will hold a high-level dialogue on this subject in a future meeting in the U.S.

Both governments are exploring a comprehensive joint plant that considers economic cooperation, the current migration crisis, support for Central America and the reopening of the U.S.–Mexico border, which has been closed to non-essential travelers due to the COVID-19 pandemic.

“We have requested they [the American government] open the border. … They agree. However, after the increase of cases and the Delta variant, the issue is being analyzed. But we are working to normalize it as soon as possible,” AMLO said.

“Mexico and the United States are building an excellent relationship based on cooperation and mutual trust,” the Ministry posted on Twitter.

Both countries agreed to work on a joint plan to promote the post-pandemic economic reactivation within the framework of the new United States–Mexico–Canada Agreement.

Ebrard said on Twitter the meeting was “a success.”

The Mexican Ministry of Foreign Affairs said in a statement that the meeting was a follow-up to AMLO’s dialogue with Biden and Harris on bilateral and regional priorities.

Ebrard emphasized the relevance of bilateral cooperation and highlighted the need “to invest in specific public policies that generate employment in Central America’s northern countries, in the short term.”

The U.S. delegation agreed to “expand collaboration between the two countries and analyze effective policies that could be implemented in the region,” according to the statement. It said that the U.S. is interested in working with Mexico to “advance in the management of the migratory phenomenon from a regional perspective, as well as to implement cooperation policies for Mexico and Central America.”

Representatives of both the U.S. and Mexico highlighted the importance of relaunching the High-Level Economic Dialogue, a key mechanism for strengthening investment in Mexico and North America. Both countries have agreed to hold the dialogue on Sept. 9.

Both delegations also pledged to work together toward the Cabinet-Level Security Dialogue, which will seek to rethink the bilateral security strategy from a humanistic perspective, focused on intelligence and public health. The security dialogue constitutes a fundamental axis of the bilateral agenda.

Mexico’s Secretary of National Defense, Luis Cresencio Sandoval; the Secretary of the Navy, José Rafael Ojeda Durán; the Secretary of Security and Citizen Protection, Rosa Icela Rodríguez; and the head of the National Guard, Luis Rodríguez Bucio, may attend the meeting on behalf of the Mexican government. Sullivan, Mayorkas, and Secretary of Defense Lloyd Austin could be the U.S. representatives.

In a second meeting on Aug. 10 at the Ministry of Foreign Affairs’ office, Julio Scherer, Legal Adviser to Mexico’s President’s Office, and Lázaro Cárdenas Batel, the Coordinator of the President’s Advisers, met with Mayorkas and Sullivan.

Scherer and Cárdenas Batel pointed out that fighting corruption and reaching a fairer and more egalitarian economic development model are among the AMLO administration’s priorities.

AMLO met Sullivan in the National Palace later in the evening. This is Sullivan’s first visit to Mexico. Last week, he made his first official tour of Latin America, traveling to Brazil and Argentina.

During the meeting, López Obrador shared his opinions on the strategic role of the Americas in the changing global scenario. He had presented his position to Latin American foreign ministers on July 24. The bilateral reunion confirmed the parallels between AMLO and Biden’s positions on justice and equality.

Mexican and American officials agreed to work toward a possible meeting between López Obrador and Biden.

Sullivan and Mayorkas’ visit to Mexico took place after a phone call between López Obrador and Harris on Aug. 9. After the conversation, the U.S. agreed to send up to 85 million additional vaccine doses to Mexico — 3.5 million from Modern Pharma and 5 million from AstraZeneca.

A pending issue is the reopening of the common border to non-essential travel, as Mexico faces a third wave of COVID-19 cases and some states in the southern U.S. lead a wave of infections.

The visit also happens a week after the Mexican government announced a lawsuit against 11 U.S. gun manufacturers, accusing them of negligent practices promoting violence and creating models for drug traffickers.