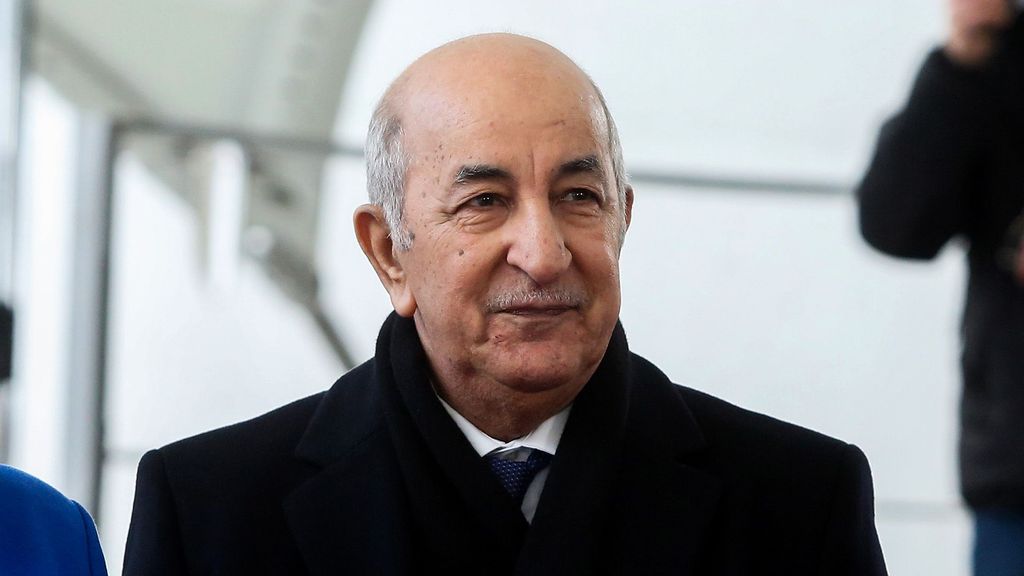 Algerian President Abdelmadjid Tebboune on Aug 11 announced a three-day mourning for the people who lost their lives in the wildfires that keep raging across the country. (Adam Berry/Getty Images)

TIZI OUZOU, Algeria – Algerian President Abdelmadjid Tebboune , on Aug. 11, 2021, announced a three-day mourning for people who lost their lives in the wildfires that keep raging across the country.

Along with other Mediterranean nations, Algeria is struggling with intense wildfires that have already claimed 65 lives, including 28 military and 37 civilians.

“In connection with the martyrdom of civil and military persons in wildfires that engulfed several provinces, President of the Republic Abdelmadjid Tebboune decided to declare national mourning for a period of three days, starting on Aug. 12,” the president’s office said in a statement .

Government institutions will partially close during the period of mourning, the statement read.

Interior Minister Kamel Beldjoud also described the fires as a “criminal act,” demanding competent authorities start an investigation to determine the causes and bring the “criminals” to justice.

“Only criminal hands can be behind the simultaneous outbreak of about 50 fires across several localities,” he said.

“Thirty fires at the same time in the same region can’t be by chance,” Beldjoud said on national television.

The deaths and injuries occurred mainly around Kabyle’s capital of Tizi Ouzou, flanked by mountains, and in Bejaia, which borders the Mediterranean Sea.

The minister assured that the government would compensate all residents who suffered material losses from the wildfires.

He said the government would send a delegation of 140 experts to the province of Tizi Ouzou to assess the extent of damages and losses.

The fact that some fires are man-made worsens the situation, the officials said. The authorities are currently working on assisting an unspecified number of victims.

Algeria is one of several countries in the Mediterranean region, such as Greece, Cyprus, and Turkey, currently dealing with intense wildfires.

The service monitors wildfires through satellites and ground-based observation statements.

“With Southeast Europe currently experiencing heatwave conditions, the fire danger remains high in the area, especially across much of Turkey and around the Mediterranean,” the organization said in a statement on Aug. 4, 2021.

“CAMS data show that the daily total  Fire Radiative Power  for Turkey has reached unprecedented values ​​in the entire dataset, which goes back to 2003.”

Scientists at the organization said that the wildfires are emitting large amounts of smoke pollution into the atmosphere. Heatwave conditions are further increasing the fire danger in this area.

“ We are closely monitoring the intensity of fires in Turkey and around the Mediterranean area and the impacts they are having on the atmosphere,” Mark Parrington, senior scientist and wildfire expert at the organization.

“It is essential to closely watch these high-intensity fires as the smoke they emit can have impacts on air quality locally and downwind.”

This is not unusual for this time of the year. However, the area’s heatwaves provide the perfect grounds for fires to spread in case of ignition, said the organization.