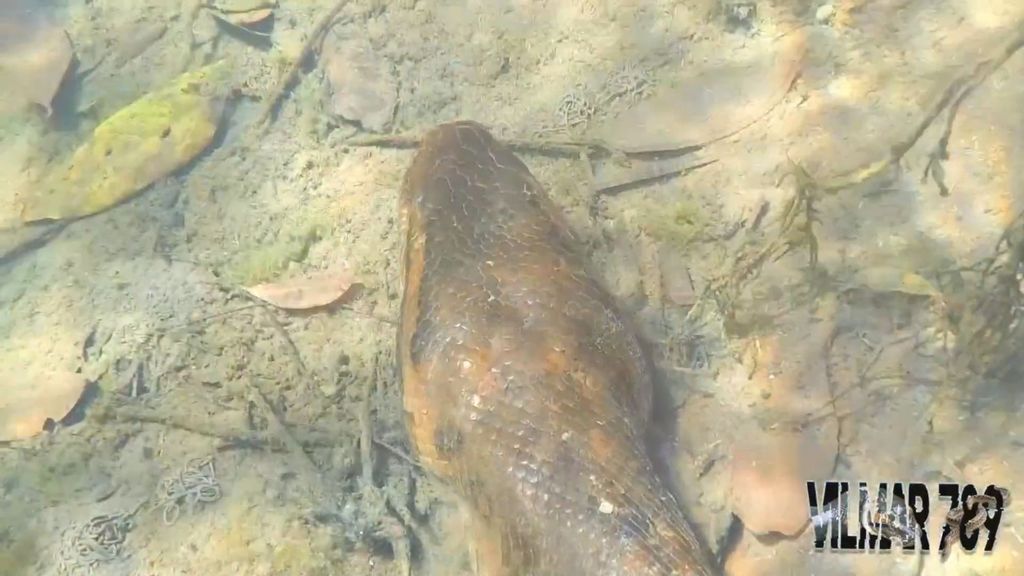 A tour guide spotted a 20-foot-long anaconda in a Brazilian river. (Sucuri no Pantanal Bonito MS/Zenger)

A 20-foot-long anaconda is filmed shedding its skin underwater by a tour guide who had gone snorkeling.

Vilmar de Oliveira Teixeira took the footage in the river in Bonito, Brazil, on Aug. 6.

Teixeira was swimming when he spotted the 6-meter (20-foot-long) snake under the water’s surface — just at the moment it was shedding its scales.

Because he is used to seeing numerous animals as part of his job, Teixeira was not scared by the giant snake. Instead, he decided to film it.

Anaconda sightings are common during the Brazilian winter (May to October), as the snakes cannot produce enough of their own body heat and seek sunlight to keep warm.

There are four species of anaconda, which are found in tropical South America. The green anaconda has the distinction of being the largest snake in the world, growing to nearly 30 feet and weighing up to 500 pounds.

It was not specified which species Teixeira filmed, though based on marks and length, it is believed to be a green anaconda.

The second-longest snake is the reticulated python (Malayopython reticulatus), which is native to South and Southeast Asia.

The other two species are the yellow and the dark-spotted anacondas.