Tensions high as migrants from Belarus try to cross into Lithuania. 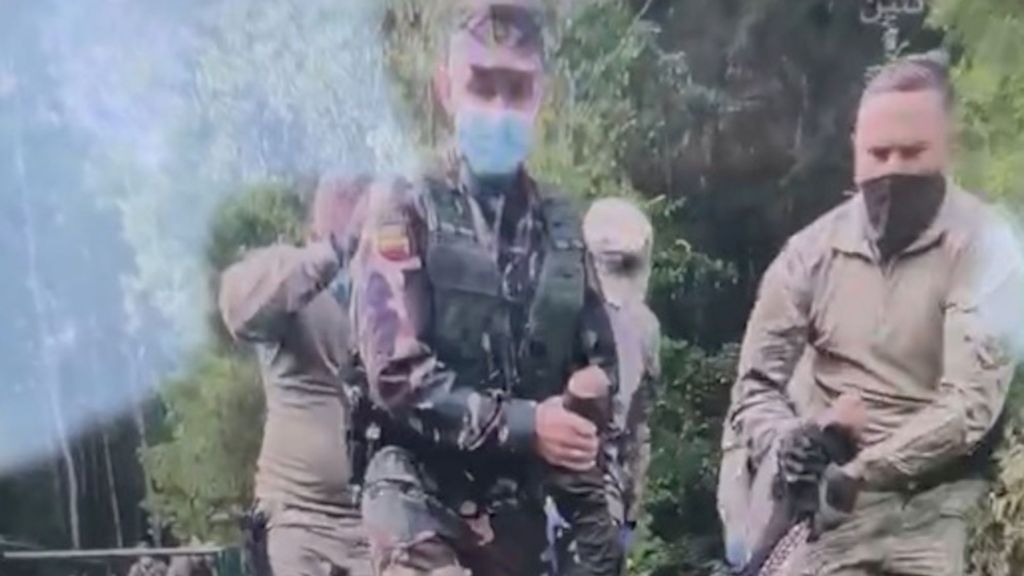 Lithuanian border guards drag a pregnant refugee who crossed at the border with Belarus. Thousands of migrants have attempted to cross the border to Lithuania this year as Belarus is accused of sending them forward in retaliation for EU sanctions. (@gpk.gov.by/Zenger)

As the crisis at the border between Lithuania and Belarus deepens, a video shows Lithuanian border guards dragging an unconscious pregnant refugee across the border with Belarus.

“The footage clearly shows how the Lithuanian border guards move an unconscious pregnant woman from the Lithuanian side to the border line, and leave her there,” a statement from the press service of the State Border Committee of the Republic of Belarus says. “This is nothing more than deliberately leaving a person in danger without the possibility of obtaining the necessary medical care.

“First aid was provided on the spot by the border service,” the statement says. “The foreign woman was taken to the Postavy Central Hospital [in Belarus] in grave condition. Her condition is assessed as severe, characterized, among other things, by signs of exhaustion.”

The press service of the State Border Committee of the Republic of Belarus posted the video on its website on Aug. 8.

Lithuanian authorities suspect Belarus of intentionally helping migrants, mostly from Iraq, cross into the EU, of which Lithuania is a member, after border footage was filmed from a helicopter by the European Border and Coast Guard Agency (Frontex) on Aug. 1.

Woman was part of larger group of refugees

The Belarus State Border Committee press service statement said the woman in the recent video was among a group of 10 refugees, including three children, identified at the Polesie border post.

“All of them were forcibly delivered by the Lithuanian side to the line of the Lithuanian-Belarusian border,” the statement from Belarus said. It described the actions as “contrary to all laws and human values.”

The health status of the children and the other refugees is not known. It is not clear which country the refugees came from.

Lithuania declared an emergency in July, when migrant numbers reached 150 a day.

“This year, a total of 1,666 illegal migrants were detained on the Lithuanian-Belarusian border,” the Lithuanian State Border Guard Service reported on July 14. “That number is more than 20 times higher than it was throughout 2020.”

“Some 180 migrants, most of them Iraqi citizens, were directed back to Belarus on Aug. 3 on orders from the Lithuanian Interior Ministry,” the nonprofit Radio Free Europe reported.

The EU announced targeted economic sanctions on the Belarusian economy in June in response to “the escalation of serious human rights violations in Belarus and the violent repression of civil society, democratic opposition and journalists, as well as to the forced landing of a Ryanair flight in Minsk on May 23, 2021, and the related detention of journalist Raman Pratasevich and Sofia Sapega.”