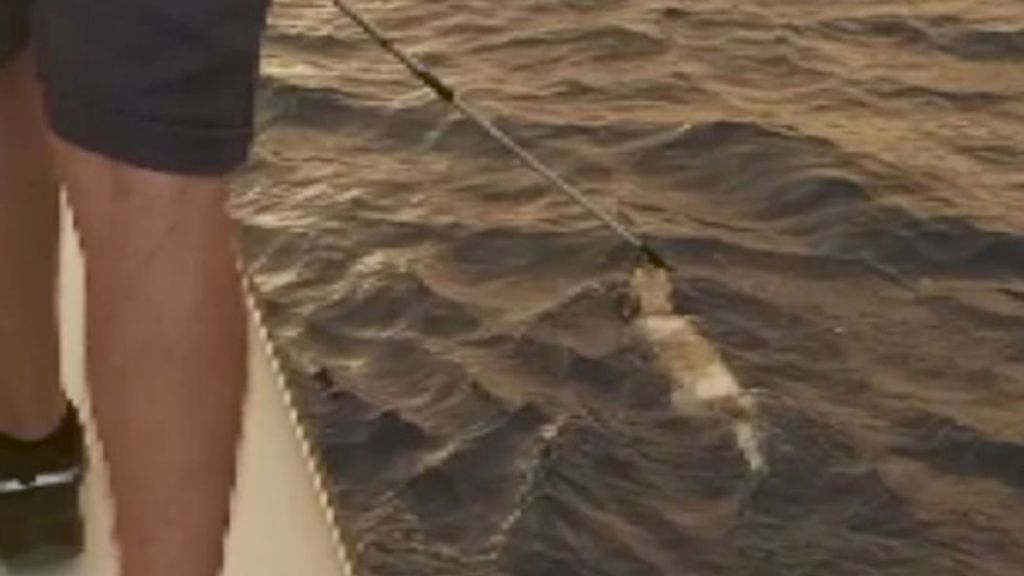 A dog that fled a burning forest, ran into the sea and battled the current owes its life to the efforts of the Turkish Coast Guard Command.

A video shows a Coast Guard boat sailing alongside the dog in early August as it paddles furiously. One of the men uses a long pole to grab the dog’s collar and lift it onboard. Another man helps the dog land safely on deck, and a third pets the dog for reassurance and to check for injuries.

It is unclear how long the dog was stranded in the sea, the Coast Guard said, and the animal was timid after being rescued.

Many animals have been affected by the wildfires that have been raging for weeks in and around Marmaris, a resort city on the southwestern coast of Turkey, where the Mediterranean meets the Aegean Sea. It is in Muğla Province.

A field hospital was set up in the neighborhood of Hisaronu to treat injured animals, including eagles and turtles. The animals are released in national parks after a period of recovery.

As of this week, the Ministry of Agriculture and Forestry said 167 fires had been brought under control in 33 provinces. Sixteen fires continued to burn in seven provinces.

Health Minister Fahrettin Koca said eight people have died, and 1,170 have been injured in the forest fires raging since July 28.