Ghai is known for his movies like “Pardes”, “Taal”, “Ram Lakhan” and “Saudagar”. 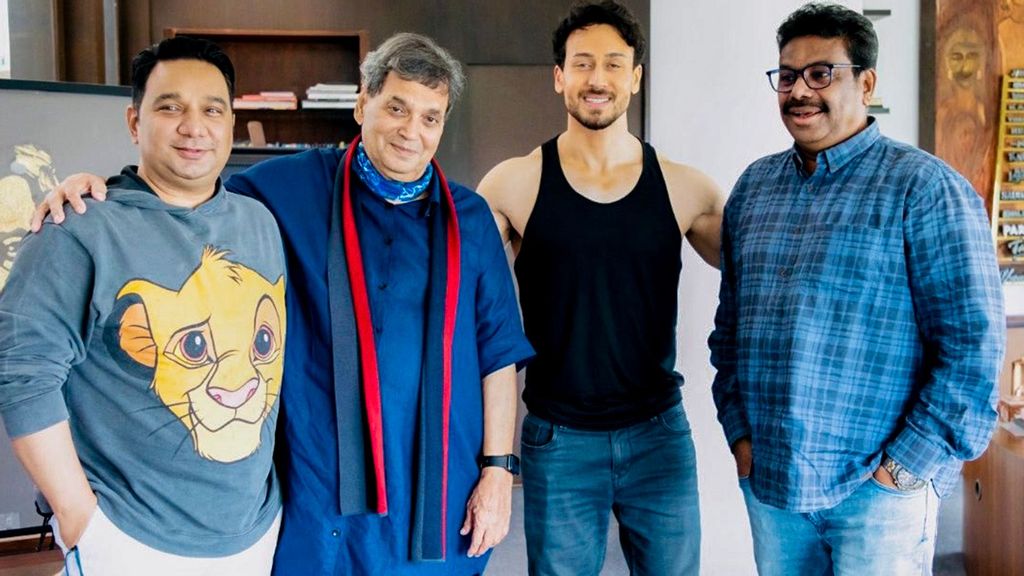 “What a Delightful lunch together in my office today with my Super hero @tigershroff , director @ahmedkhan and my cinematographer @kabirlall sharing experience of cinema past n what the future holds for the big screen n looking forward to make a great motion picture together (sic),” he tweeted.

The director, who has created movies like “Pardes,” “Taal,” “Ram Lakhan,” “Saudagar,” and many more, shared pictures on his meeting with Shroff. Fans chimed into the comments section, leaving a red heart, fire, and lovestruck emoticons and asking for an update soon from the duo.

Meanwhile, Tiger Shroff, on Aug. 10, 2021, released the song “Vande Mataram” that celebrates the patriotic spirit of Indians and salutes the defense forces of the country.

Taking to his Twitter handle, Shroff shared the news and expressed his happiness.

“This one’s dedicated to our glorious nation & its people,” he wrote.

“It has been an unexplainable journey to make #VandeMataramSong. With great honor and pride, I present to you — #VandeMataram. This will always be very special & close to my heart.”

The reprised version of the song, which comes a few days prior to India’s 75th Independence Day, is sung by Shroff himself.

Speaking about the song, Bhagnani praised his team and expressed his excitement.

“Vande Mataram is a song which is a symbol of empowerment, hope, and courage,” he said.

“We are extremely delighted to be releasing this song under Jjust music as I strongly believe in the power of music and the impact it has on people (sic).”

“We want to be a platform for all genres of music, and with the release of ‘Vande Mataram’ we are eagerly looking forward to the audience’s response. Our entire team, Tiger & Remo, have put in their best in the making of this song.”

While praising his latest project, Shroff’s rumored girlfriend, actress Disha Patani took to her Instagram story and shared the song.

“Such soothing voice, you are unbelievable @tigerjackieshroff,” she wrote while using a tiger face emoticon.

“Thank you so much D,” he wrote while reposting her story and added a red heart.

Shroff will next be seen in “Heropanti 2,” with Tara Sutaria in the lead role on the film front. The movie is being directed by Khan, who also directed Shroff’s last release, “Baaghi 3.” The film’s music will be composed by A.R. Rahman, with the lyrics penned by Mehboob.

Apart from this, he will also be seen in “Baaghi 4” and “Ganpath” co-starring Kriti Sanon.